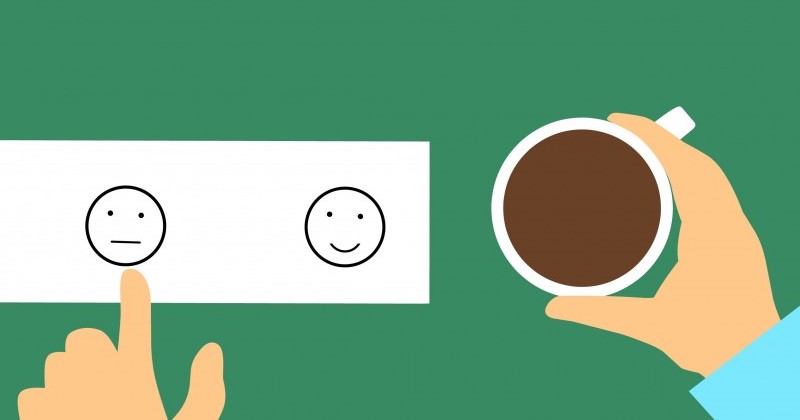 Feeling Blue? Talk to an Economist

For a lord, Peter Richard Grenville Layard is an unassuming type. The man who comes to greet me in the nondescript hall of the university building is silver-haired and quietly spoken. He has none of the pomposity of some successful people, rather the air of someone comfortable in his own skin. There’s a twinkle in his eye and, at 82, a spring in his soft-footed step. He’s been a member of the House of Lords since he was made a life peer in 2000, but he remains every inch the rumpled academic in casual trousers and comfortable shoes. One small detail stands out. On his jacket lapel is a round white badge bearing the words Action For Happiness.

For more than 40 years Layard has championed the cause of well-being. Originally a labor economist whose research focused on unemployment and inequality, in the 1970s he became curious about the emerging discipline of happiness. As well as happiness itself, Layard developed a strong interest in mental health and mental suffering. A disciple of Bentham, he believes that the logic of happiness maximization is not calculating mean-spiritedness at all. Rather, it promotes a caring, progressive society, he says, in which it is more important to relieve the suffering of those who are unhappy than to add a bit of extra happiness to those who are already content. For Layard, a true interpretation of Bentham carries a profoundly humanistic message, pointing us toward a society in which cooperation is as important as competition. The goal of society, he says, should be to “create as much happiness as you can in the world. The mark of a civilized society is that people are enjoying their lives.”

Layard has bought sandwiches for our lunch. Brown paper bag in hand, he ushers me into his tiny office. At various stages of the conversation he springs up from his seat to take down a book from

a shelf, opening it to a table on comparative happiness across countries or to data showing an individual’s level of happiness during a particular day. According to one table, which awarded a numerical score to favored activities, researchers had discovered that people very much enjoy sex and very much dislike commuting. I could have told you that, I thought to myself, for half the funding.

Layard takes a slightly narrower view of happiness than your average Greek philosopher. “Aristotle didn’t get it quite right, but Bentham got it pretty much right,” he says. Like Bentham, he regards happiness as a real thing that can be measured. Like him too, he believes that the goal of any society should be the maximum happiness of the maximum number of people. “The amount of unhappiness is extraordinary at the moment,” he says, shaking his head at the perceived misery all around him, the result of such diverse phenomena as family breakup, chronic pain, long-term unemployment, and what he sees as the often-pointless pursuit of money and material possessions.

He uses the terms “well-being” and “life satisfaction” interchangeably, though he clearly has a soft spot for the more intuitive “happiness.” But policymakers are uncomfortable with the idea of happiness even though it is a concept to which they attach great importance in their daily lives. “Probably an awful lot of them make key decisions based on whether they think it will make them happy. Who to marry or what job to do? Is your child happy at school? There could hardly be a more important question,” he says with the frustration of someone who has been banging the same drum for decades. “But it doesn’t seem to them something the state should be doing. When they talk about happiness, they think, Oh, it’s ridiculous. Happiness is a fleeting thing.”

He has adapted his terminology. “What could you say to get policymakers to take you seriously? That has always been my approach. And most policymakers have very little difficulty with ‘life satisfaction.’ They’re used to asking people, ‘Are you satisfied with your garbage collection or with your hospital?’” From there it’s not such a leap to ask them whether they are satisfied with their lives.

“The amount of unhappiness is extraordinary at the moment,” he says, shaking his head at the perceived misery all around him.

For politicians there may be expedient reasons to pay attention to life satisfaction. Bill Clinton’s conviction that the state of the economy always determines the result of an election turns out to be questionable. In fact, politicians who tracked happiness would have a better grasp of their re-election prospects. One paper written at the London School of Economics compared data from a twice-yearly Eurobarometer survey conducted since 1973 against election results across Europe. In the survey, which covers a random sample of more than one million respondents, people are asked, “On the whole, are you i) very satisfied, ii) fairly satisfied, iii) not very satisfied or iv) not at all satisfied with the life you lead?” The paper found that answers to that question were a “robust predictor of election results” and a better guide to voting intention than any other measure including GDP. To Bill Clinton, Layard says, “It’s happiness, stupid.”

In the new “science” of happiness there are several ways of measuring what researchers call “subjective well-being.” One is to rely on fast-advancing neuroscience. Richard Davidson at the University of Wisconsin has developed ways to measure people’s mood by attaching electrodes to the scalp. When people are shown an amusing video clip, the left side of their brain—associated with happiness—becomes more active. A frightening sequence provokes the opposite reaction. Left-siders, the left side of whose brains is naturally more active, are generally happier. Right-siders

tend to smile less and are assessed by their friends as less happy. For Layard, the science confirms the basic premise that happiness is real and measurable and that “there is a direct connection between brain activity and mood.”

Most of the work in happiness economics, however, rests on the same basic technique as those used to compile growth statistics: collecting survey data. Numerous methods have been developed for assessing people’s happiness by asking them how they feel. Here one must distinguish between different types of happiness. Some surveys concentrate on what might be called mood—asking people how they feel right now or how they felt at various times on the previous day. The UK’s Office for National Statistics asks, “Overall, how happy did you feel yesterday?”

The surveys that tend to be favored by economists seeking to capture national well-being concentrate more on what might be called life satisfaction. In the most comprehensive, which covers 150 countries, people are asked to evaluate the quality of their lives on a 10-point scale known as the Cantril Ladder. They are asked to imagine a ladder and to place their life satisfaction on the appropriate rung, with the best possible life for them being 10 and the worst 0. Another question, in the European Social Survey, asks, “Taking all things together, how happy would you say you are?” with answers ranked from 0 to 10. Yet another—the World Values Survey—poses a similar question but orders answers on a scale of 0 to 3. “Taking all things together, would you say you are: Very happy, Quite happy, Not very happy, or Not at all happy?” These types of questions are the ones that Layard says produce the most useful results.

The good news for happiness economics is that the results of different surveys tend to match. Happiness as measured by asking people how they feel and by testing them are broadly similar, as are results of surveys using different types of questions with different scales. Layard argues that happiness measures are robust enough to make public policy decisions based on their findings. In his book—no prizes for guessing that the title is Happiness—he states his case in commendably straightforward language. “Happiness should become the goal of policy and the progress of national happiness should be measured and analyzed as closely as the growth” of the economy. To me he says, “GDP isn’t going to tell us anything that we want to know about welfare.”

I can’t resist asking him if he would call himself happy. His work presumably gives him a sense of purpose, one of the keys to satisfaction. His eyes flicker at the mischievousness (and doubtless predictability) of the question and he responds with what I assume is a joke. “If you think about your happiness too much you become miserable.” The only way of knowing if he means it would be to strap electrodes to his head. 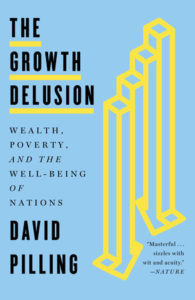 From The Growth Delusion: Wealth, Poverty, and the Well-Being of Nations. Used with the permission of Tim Duggan Books. Copyright © 2018 David Pilling.

David Pilling is an associate editor at The Financial Times, where he has reported on business, economics, and politics from London, Chile, Argentina, Tokyo, and Hong Kong. He is currently the Africa editor, based in London. 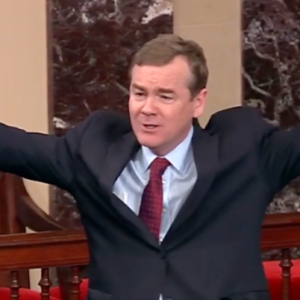 It’s Thursday at 11:02 am and Mitch McConnell can’t stop clearing his throat. “Later today,” he’s trying to say from...
© LitHub
Back to top
Loading Comments...