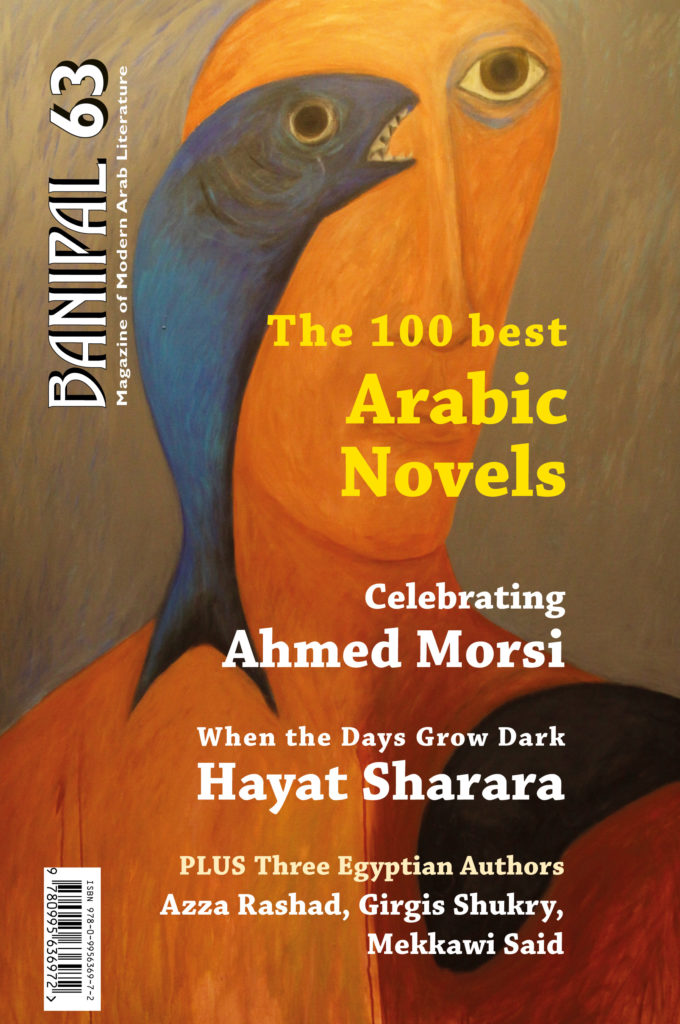 The following is from Jonathan Wright's translation of Azza Rashad's short story "Prickly Jasmine" for Banipal 63: The 100 Best Arabic Novels. The story originally appeared in Rashad's collection Banat Ahlami, published by Akhbar El Yom in Cairo. Azza Rashad is a writer from Egypt’s Eastern Province, where she is the chief pediatrician for the Ministry of Health. Her first novel, A Memory of the Desert, was published in 2003 (Merit) and her first collection of stories, I love Nura, I hate Nurhan, in 2005 (Sharqiyaat).

Mangoes come in many varieties with many names, but generally speaking they are all beautiful and desirable and people look forward to them with longing. In our house there’s more to mangoes than just that. During her first pregnancy my mother had a craving for hindi mangoes. That was in the middle of January, when the mangoes are like salty stones stuck to the branches of the trees. My father was in a quandary, but he disclosed his anxiety to a kind man who was traveling to a country the name of which my mother couldn’t remember whenever she gleefully repeated the story to us. The man came back with a box of hindi mangoes and my mother is still grateful that they tasted so good. She saw the mangoes as the main reason why her baby daughter was so beautiful and, in recognition of their virtues, she chose to name her first-born Hind.

Hind, or “my mango” as Mother called her, was more beautiful and more enchanting than the models in the famous women’s fashion magazines. This meant that suitors queued up at the door to marry her.

When my mother was pregnant with me, she had a craving for sardines, and she maintains that although my father was busy at the time with the annual stocktaking, he did not neglect her craving, despite the fear that I might be born with a birthmark on my face in the shape of a sardine, or that I might come out limp or with a fishy smell. To be extra sure to avoid any fishiness, they chose the name Jasmine for me. Even so, my mother likes to tease me by calling me “little sardine”. But when she’s angry and she says the name with her nose crinkled up, the idea of how I might have been born comes back to haunt me and I go into a corner, sniff my body and rub my face with soap again and again.

My mother puts her nose to ripe mangoes and sighs: “There are lots of them now. But they don’t have any smell or taste.”

But she didn’t make this comment to Hisham when he brought a large box of mangoes just before the last feast. Instead she thanked him for his generosity. But when he had gone she yelled out curses on cheats and swindlers.

Mother treated Hisham kindly, which made him abandon his rustic shyness and talk and laugh as freely as if he were with family. She smiled as Hisham handed her a duck and blocks of local butter. Then she would start on hours of work in the kitchen, making us the most delicious food. When he had finished eating he would kiss her hand in gratitude, while the aromas from our little banquet rose to the nose of Umm Hamza on the upper floor, and envy drove her to detain me at the grocer’s with malicious questions about when Hind was getting married. Then the fishy smell would come over me again, and I would curl up inside myself and stammer, unable to reply. That was when I was young. Now I recoil, disgusted by the smell of her sweat, which cannot be compared to the smell of the jasmine with which I now perfume my clothes. I also go out of my way to provoke her with a harassing look, quite different from the worried look in the picture that Hisham took of me when he gave me a mobile phone, after noticing I was interested in taking pictures.

At the time I was thinking how long it would be before generous Hisham would reconsider his esteem for generosity. But I was so happy with the camera that I soon forgot such worries. In the next picture you can see the tips of Hisham’s fingers squeezing Hind’s hand as he took the plates from her. As for this charming gladiolus, I chose it from the bunches of flowers that Said brought. He was nice, romantic and infatuated with Hind, and he seemed to be offering her his heart with the flowers, while she smiled affectedly, then threw the flowers away irritably when he had gone. Mother bent down to pick up the little velvety leaves that had scattered in all directions. After a while she would shout in his face that buying flowers was a waste.

“It’s no use, my dear. Once night falls, they’ll be wilted by daybreak,” she told him.

He stared at the flowers in embarrassment, but then he decided to stop cutting flowers for Hind to make his way to my school and then to the electricity and water companies to pay our overdue bills. But neither the flowers nor the receipts managed to change Hind’s affected smile. She tossed back her long black hair, filling the air with a beguiling aroma of ripe mangoes waiting to be picked from the tree. Men stared at her and longed for her as she strode along, sleepy-eyed as though lost, looking for something without knowing what she sought, moving on, her mood swinging alarmingly—sometimes cheerful but mostly discontented. She would snarl at me and Mother over the slightest thing. Mother tolerated her with amazing magnanimity, while I ended up taking refuge with my camera, which was never out of my hands.

Hind didn’t like taking pictures: instead she was addicted to looking at herself in the mirror from various angles, although she looked beautiful whatever the pose. She was interested only in herself and couldn’t bear to stay in the kitchen for more than five minutes. The other thing that appealed to her was listening to sentimental songs. The songs chimed with her daydreams and evoked images of the long-awaited knight she couldn’t see in Hisham, who, once he abandoned his shyness, displayed a rustic nature that was incompatible with her dreams, or in Said, who was so in love with her that he gave her no space to move and irritated her, whereas I loved them both, as I love Karim now, and I hoped she would marry either of them. Mother lavished kindness on them because she was nice to everyone except when something else was required, as happened with Raouf the milkman when he changed from angel to devil, to use her words. Hind didn’t like Raouf from the start. In fact she thought he was vile and, unlike Mother, she believed the stories people told about him adulterating his milk with grouting powder, formalin and other harmful substances.

Mother said that an engagement was a trial period. They all come in turn to our house full of good cheer, the evenings were pleasant, the dining table was loaded with all kinds of dishes, laughter rang out and I got used to them as if they were my relatives, until Mother turned up with an angry expression.

“A freehold apartment in her name,” she would say. “Her father visited me yesterday evening and insisted on that.”

At that point the dream would collapse and the result of the test would remain undecided. No one passed.

I don’t know how it came about that Father would visit Mother on those occasions, whenever a suitor started to frequent the house and tried to get better terms than the examination board would allow.

Usually Hind would let one of them kiss her cheek, as if the cheek wasn’t hers, and in most cases she would look away and wipe the kiss off in disgust. These things happened behind Mother’s back of course, and even the one time when she was close enough to see the kiss, she didn’t seem to notice. The poor woman was distracted by thoughts about her dealings with my father. Her worries were too much for her and they added a mournful tone to her voice when she told off my father: “Damn you, Abderrahim, you’ve had it easy and left me to deal with all this trouble by myself.”

Sometimes she would lament: “A woman whose husband has died, O her suffering and need!”

From Banipal 63: The 100 Best Arabic Novels. Used with the permission of Banipal. Copyright © 2013 by Azza Rashad. 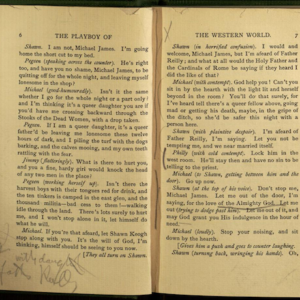