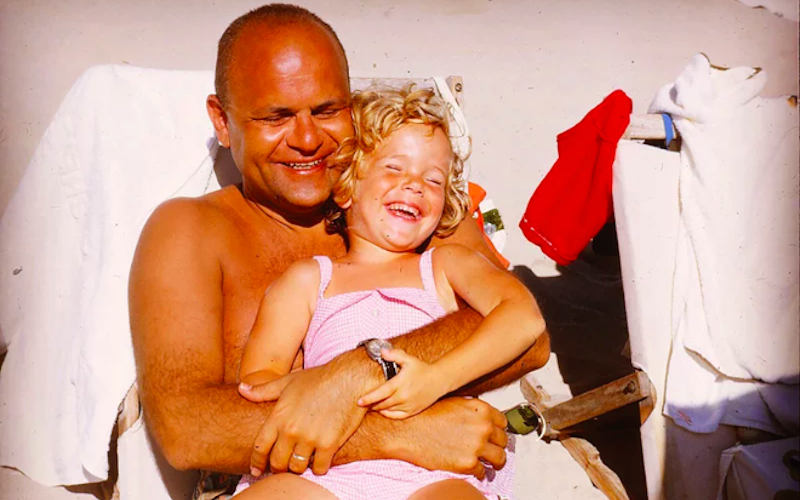 Dani Shapiro: Did My Parents Even Know?

On Unraveling the Mystery of My Conception

Each time I felt strong and resolved enough, I typed various search terms into Google. Sperm donor. Donor conceived. Donor anonymity. Ethics of donor anonymity. History of sperm donation. I ordered all sorts of books, which would be waiting for me back home, packages stacked on our front porch. I already had a pile of articles from the 1940s through the early 1960s about Dr. Edmond Farris. I could hardly bring myself to read them. The language was archaic and devastating, like something from a science fiction comic book. Test tube tots. Was that what I once was?

There seemed to be communal outrage about donor insemination in the years surrounding my conception. Ethicists, religious scholars, lawyers, even many physicians believed it to be unlawful and immoral. At the same time, there was a smug certainty on the part of the doctors and scientists at the forefront of donor insemination. Secrecy, anonymity, and even eugenics were discussed in a matter-of-fact way. Donors were chosen for their perceived genetic superiority. Records, heavily coded, were sealed or destroyed. Parents were told to go home and forget it ever happened.

But the language of contemporary reproductive medicine was no easier to contemplate. As I scrolled through websites and online essays, words swam; sentences broke apart. In every other area of my life I was capable of clear thought. But here, I was back in the thick sludge. It became quickly apparent that the community of the donor-conceived was robust and active. I stumbled upon words I hated: apparently Ben Walden was my bio-dad. Paul Shapiro was my social dad. The phrases made me feel like a freak of science. But then I read that being donor-conceived often made people feel like freaks of science.

One website offered special jewelry: Conceived just for you! Parent-on-a-chain necklaces fashioned out of aluminum, chrome, or brass, on which hung dog-tag–shaped charms customized with donor numbers. I wanted to hold myself apart, as if none of this really applied to me. The understanding that this world was my world, that I was donor-conceived, that this was indeed (and had always been) a term that applied to me, rose up like a concrete wall I slammed into again and again.

One name kept appearing on research papers, websites, even on Oprah: Wendy Kramer. She had created something called the Donor Sibling Registry, a resource for donor-conceived people who were out there desperately searching for their genetic relatives. I found myself wanting to reach out to Wendy Kramer—but why? I didn’t need her services. I had already found my biological father. Ben Walden didn’t occupy the deepest, most tender part of my attention. What I wanted: confirmation from someone—an expert—that it was possible, no, more than possible, likely, no, more than likely, absolutely the case, that my parents had known nothing. The Farris Institute had hoodwinked them. Gone rogue. Someone must have decided it would be in this couple’s best interest to add donor sperm to the mix without telling them. Maybe the institute was trying to increase its success rates. Or Dr. Edmond Farris had decided to play God.

Our last couple of days in Los Angeles were taken up with work meetings as well as lunches, coffee dates, drinks dates, and dinners with friends in that sprawling city that was, in many ways, a second home to us. Sometimes I told the story, and sometimes I didn’t. I had begun to learn that telling it didn’t necessarily make me feel better. Increasingly, I found that as I recited the narrative it became amorphous, the vastness of it like an echo chamber. I would feel my mouth move, hear the words as if someone else were speaking them. I grew quieter and quieter. I was dreading going home. I kept thinking of our house with its walls covered with portraits of my ancestors. My writing office, where I had surrounded myself with them: my grandmother, grandfather, my father and Aunt Shirley as children. I pictured a bucket of paint and wanted to whitewash the entire interior. A blank slate.

Finally I wrote to Wendy Kramer. Each time I wrote a new person in this strange, unfamiliar world, I felt exposed and vulnerable. But I encountered nothing but kindness from those I contacted to ask for help. Kramer got back to me within minutes. We made a phone date to speak that afternoon. At the appointed time, I wandered Wilshire Boulevard, looking for a quiet place to talk. I stopped at a nail salon that had a small metal table with two chairs on the sidewalk out front, and asked the proprietors if they minded my sitting there. In the bright yellow-white light of the Los Angeles afternoon, I organized my materials as if I was reporting any old story: notebook, pen, noise-canceling earbuds in place. Just as I dialed Kramer, a woman came with her bagged lunch and plopped herself at the small table next to me. I stared at her as she unwrapped her sandwich. She did not meet my eye. Fine, I thought. I had no time to find a more private perch.

Kramer was warm, direct, and entirely unhurried. As I walked her through the details of my discovery—trying to ignore my tablemate—I wondered how many times she had been on the receiving end of such calls. The Donor Sibling Registry had close to 50,000 members. Anyone doing even a rudimentary online search would land on her website, where her contact information was listed.

“You realize how unusual it is that you found your donor,” she said. “And so quickly.”

I did understand. Kramer’s entire website was devoted to those searching, often fruitlessly. I was dimly aware of my own gratitude. I had already been supplied with a massive piece of the puzzle, even if I never had any further contact with Ben Walden. I knew who he was. I had seen his face. I had heard his voice. I knew where I came from.

“Do you ever hear stories like mine?” I asked her. “People in their forties and fifties who never knew—”

“All the time,” Kramer responded. “And more and more. People are doing DNA testing just for kicks, and getting the shock of their lives. There was such a culture of secrecy. Sometimes the mother tells after the father has died. Other times, there’s a letter left in a safe-deposit box.”

I watched the passing cars on Wilshire Boulevard. My tablemate showed no sign of leaving.

“But I’m sure my parents didn’t know,” I said to Kramer.

“I think Farris must have used a donor without my parents’ knowledge.”

There was a brief pause on her end. “Why do you think that?”

I had begun to explore the halachah, the body of Jewish law, as it pertained to the subject of donor insemination. It wasn’t just forbidden; it was considered an abomination. The word nauseated me. Abomination. Did this mean that I was an abomination? According to Jewish law, the sperm donor would have paternity. Not the infertile father. Your father is still your father. Not according to the rabbis.

“My father was an observant Jew,” I said to Kramer. “He would never have been okay with not knowing if a child of his was Jewish.”

That was what my mother had said, wasn’t it? The sentence remained indelible, preserved for all these years. Later, Michael will point out to me that my mother had not, in fact, answered the question I had asked. She simply posed another question in response. And further, her choice of words was striking. Wouldn’t know the child was Jewish. As opposed to: wouldn’t know the child was his.

“Your parents had to know,” Kramer said.

My tablemate scraped her chair back and stood, slowly gathering her trash.

“It’s out of the question,” I responded.

I hunched over my notebook, scribbling. Trying to get our conversation down, so that I could attempt to understand it later. The very idea was unthinkable. I mean that literally. I was unable to entertain on any level the thought that my parents had known all our shared lives. That they had purposefully deceived me, withheld from me such an essential truth.

That they had looked at me—their only child—with the awareness that I had not come from the two of them but had been fathered by an anonymous medical student. There had to be another explanation—one in which a nefarious doctor had duped them. I clung to the only story I could tolerate. A few days earlier, a wise friend, the Buddhist teacher Sylvia Boorstein, had told me that my present state reminded her of a particular illustration in Antoine de Saint-Exupéry’s The Little Prince. At first glance, the illustration appears to be of a big green hat. But on closer examination, it becomes clear that a boa constrictor has swallowed an elephant. I was that snake. Choking on the elephant.

“Well, your mother had to know,” Kramer said.

I wondered why she was so sure. She didn’t strike me as the kind of person who would issue forceful opinions for no reason. I thought of my mother, her simmering fury. Her ownership of me. Her condescension toward my father. Was it possible? Could my mother have orchestrated my conception without my father’s permission? 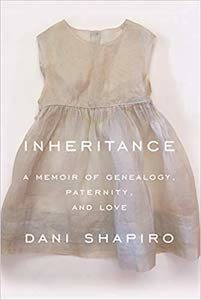 From INHERITANCE: A Memoir of Genealogy, Paternity, and Love. Copyright © 2019 by Dani Shapiro. Excerpted by permission of Alfred A. Knopf, a division of Penguin Random House LLC. All rights reserved. No part of this excerpt may be reproduced or reprinted without permission in writing from the publisher.

Dani Shapiro is the author of five novels and the best-selling memoirs Slow Motion, Devotion, and most recently, Hourglass. She has written for magazines such as The New Yorker, O Magazine, Vogue, and ELLE.

Kristen Arnett: Am I a Librarian or a Writer? 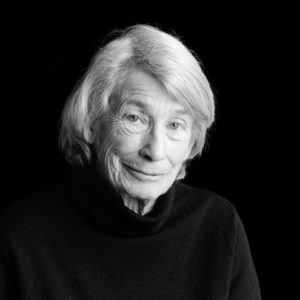 Mary Oliver is often called a nature poet, but she might more accurately be described as a poet of attention. In this, one specific...
© LitHub
Back to top
Loading Comments...