Your First Clue: Her Nickname Was "the Goat"

What do you think of when you think of Virginia Woolf? Modernist master, literary giant, austere genius? Writer whose books you know you’re meant to read but you still haven’t? Writer whose books you love? Whatever you think of, it’s probably not an eccentric child singing in a bush in Kensington Gardens, but as it turns out, that’s Woolf too. Which is exactly why, on her 137th birthday, I decided to find out what my favorite writer was like as a kid.

Here’s the first thing that surprised me: Virginia Woolf didn’t learn to speak in full sentences until she was three years old. (It did not surprise me to learn that as soon as she did start speaking, she quickly developed the sharpest tongue in the family and took over as the nursery storyteller.) But her slow speech development was not the only unusual thing about her. As Quentin Bell wrote in his biography of his aunt:

From the first she was felt to be incalculable, eccentric and prone to accidents. She could say things that made the grown-ups laugh with her; she did things which made the nursery laugh at her. Is it to this, or to a rather later period, that we can ascribe an incident in Kensington Gardens when, not for the last time by any means, she lost, or at least lost control of, her knickers. She retired into a bush and there, in order to divert public attention, she sang The Last Rose of Summer at the top of her voice. It was this and similar misadventures which earned her, in the nursery, the title of “The Goat” or more simply “Goat,” a name which stuck to her for many years.

(I feel compelled to note here that I find it perfectly appropriate and gratifying to know that even in the nursery, Virginia’s friends and family were able to identify her as the Greatest Of All Time—even if they didn’t know that’s what they were doing.)

In fact, throughout her life, Woolf often signed letters to her sister as “Billy” or simply “B”—as in “Billy Goat.” But she had other nicknames too. In Hellenism and Loss in the Work of Virginia Woolf, Theodore Koulouris argues that in her letters, “Virginia Stephen was ‘silent’; the personae who spoke and invited affection and attention on her behalf were the imaginary identities behind and within which she hid her ‘self’ . . . she was ‘Goat’ or ‘Goatus Esq’ to her bother, ‘Il Giotto’ or just ‘AVS’ and ‘Goat’ to her sister and cousins, and ‘Sparroy’ or ‘Wallaby,’ among others, to her intimate friend Violet Dickinson.” She also sometimes called herself ‘Janet,’ but that’s neither here nor there.

At any rate, her childhood Goatishness may have also had something to do with the fact that she did not subscribe to the usual nursery rules of combat—yelling, hitting tattling. Instead, as Bell described it:

Virginia used her nails and, at a very early age, discovered that she could torment her sister by scratching a distempered wall—a thing which set poor Vanessa’s teeth dreadfully on edge; but later she learnt to use her tongue and this was far worse; she called Vanessa ‘The Saint’; it was the mot injuste, it stuck and even the grown-ups smiled and joined in the sarcasm, to which no adequate retort seemed possible.

But it was not by words alone that Virginia could vent her displeasure. Then, as always, she knew how to “create an atmosphere,” an atmosphere of thunderous and oppressive gloom, a winter of discontent. It was done without words; somehow her brothers and sisters were made to feel that she had raised a cloud above their heads from which, at any moment, the fires of heaven might burst, and here again it was hard to find any reply.

In her biography, Hermione Lee describes the young Woolf as “competitive and flirtatious . . . extremely teasable, quick, hot-tempered and cunning.” She was also, even at six, a good cricket player—her brothers called her “the demon bowler.” But she was not all-powerful.

She was from very early on a nervous, apprehensive, and intensely responsive child. She was afraid at night: the nursery lamps would flare up, or the light of the fire flickering on the wall would alarm her. . . The outside world alarmed her: her friend Violet Dickinson remembered talking to Stella in 1893 about how Virginia was “so nervous at crossing the road and so furtive at being looked at.

And in fact, despite her strength, when all the children got whooping cough in 1888, Virginia had the hardest time recuperating. “She was marked, very gently but still perceptibly, by that thin, fine, angular elegance which she kept all her life,” Quentin Bell writes. “Nor was this all; at the age of six she had become a rather different kind of person, more thoughtful and more speculative.”

His mother (and Woolf’s sister), Vanessa Bell, put it this way:

She was never again a plump and rosy child and, I believe, had actually entered into some new layer of consciousness rather abruptly, and was suddenly aware of all sorts of questions and possibilities hitherto closed to her. I remember one evening as we were jumping about naked, she and I, in the bathroom, she suddenly asked me which I liked best, my father or mother. Such a question seemed to me rather terrible; surely one ought not to ask it. . . However, being asked, one had to reply, and I found I had little doubt as to my answer. ‘Mother,’ I said, and she went on to explain why she, on the whole, preferred my father. I don’t think, however, her preference was quite as sure and simple as mine. She had considered both critically and had more or less analyzed her feeling for them which I, at any rate consciously, had never attempted. . . Dimly some freedom of thought and speech seemed born, created by her question.

Of course, reading her now, you can easily see both Virginias—the goofy eccentric and the speculative, wary intellectual. I don’t know what your personality as a child says about your adult self, but I find that I like to think of her this way: strange, forceful, sometimes fearful, and even as a child, inviting the freedom of thought of others with her own.

Deconstructing Old Stories to Tell Them in New Ways 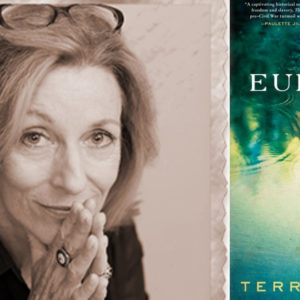