Plan your year in books and birthdays with our 2020 calendar of noteworthy literary events • Adam Nicolson on the friendship between Coleridge and Wordsworth • A poem from Danez Smith’s collection Homie • Kyle Chayka on the godfather of minimalism and his case for imperfection • Emily Cooke on inhibition and actualization at a California writers’ retreat • Ayelet Waldman on the Supreme Court case that ended the unjust confinement of mental health patients • On the emotional aftershocks of Alice Adams’ most celebrated work • Post-Soviet travel on the Turkmen-­Kazakh border • Cynthia Drake retraces Weetzie Bat’s steps with Francesca Lia Block • Isaac Bashevis Singer on the particular wonders of writing in Yiddish • How a book cover gets made: creative director Nicole Caputo on episode two of Belletrist’s Studio Sessions • Luca Benavides on confronting death deepest of human fears • Christian Kiefer on grammar as meaning-maker in Garth Greenwell’s Cleanness • Everyone can be a book reviewer—but should they? Philippa Chong surveys professional book critics • Wole Soyinka on Yoruba weddings, Nigerian movies, and making traditions new • When a man took a joke in a Pepsi ad seriously, chaos ensued • Don’t worry—Bob Garfield has a plan for overhauling media literacy • Nicholas D. Kristof and Sheryl WuDunn on tax codes, unequal education, and homegrown inequality •  James Tate Hill recommends five great audiobooks about iconic musicians • How, exactly, does neuroscience account for the way we see color? • On life as a female reporter at the turn of the century •

On the rise of the Vietnamese noodle shop in Anchorage, Alaska

Congrats to this year’s Edgar Award nominees! • Lisa Levy recommends seven true crime books for domestic suspense lovers • Burt Solomon leads us all in a cheer for historical mysteries that get the details right • Luke Geddes recommends ten books about obsessed audiophiles, maniacal record collectors, and crime-solving musicians • Chad Dundas on why Montana inspires so many great crime writers • Nathan Nance on the master thieves of 1970s crime fiction • Torrey Crim on Andrea Dworkin, You, and the cycle of abuse • Lee Goldberg goes searching for new terrain in a city of iconic crime novels • Tiffany Tsao on five crime books where murder is a family affair • Raymond Fleischmann on what we write about when we write about the past 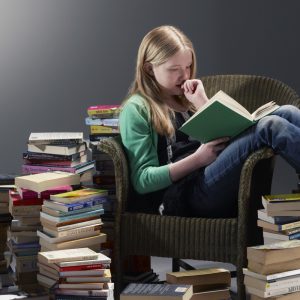 The US film industry may have generated revenues somewhere in the region of $40 billion last year, but it seems Hollywood...
© LitHub
Back to top