What Neapolitans Understand About Death (Better Than Most)

Lucia Benavides on Confronting That Deepest of Human Fears

Like most people, I’m afraid of death. I take calculated steps to talk about death without actually using the word. I sometimes skip songs like Buddy Holly’s That’ll be the Day or avoid driving down a street where I know there was a deadly car accident. I sometimes use friendlier, less anxiety-inducing words like “passed away” or “left this world.” As if the word “death” were—paradoxically—alive and, if I said it out loud or wrote it down, it would see me and chase me down.

As if, by talking about death, I’d be inviting it.

For the most part, in the Western countries where I’ve lived, I haven’t been alone in feeling this way. But among Neapolitans, I am.

People from Naples haven’t marginalized death in the same way other Westerners have. In My Brilliant Friend, Elena Ferrante describes a typical working class neighborhood in Naples after the destruction of WWII. She says that they “lived in a world in which children and adults were often wounded, blood flowed from the wounds, they festered, and sometimes people died.”

The city is full of contradictions—bright sun rays and dark shadows, rich history and poor neighborhoods—and the yin-and-yang of death and life is one of them. On a typical street in Naples, you can find a doorway decorated with blue balloons and the name of a newborn child, and on the stone wall right beside it, a plastered sign announcing the death of a local neighbor.

Mimmo Borrelli, a Neapolitan playwright whose work explores the topic of death, told me that la morte è sempre accanto—death is always near us—gesturing  to his side as if the Grim Reaper were walking beside us down the narrow pedestrian streets. People above us yelled across balconies to speak to each other and scooters zipped past, sometimes carrying entire families. A man selling a bouquet of red cornicelli—a Neapolitan good luck charm in the shape of a small red pepper—approached Borrelli and threw salt at him.

“It’s for good luck,” he answered, and then said something in the regional Neapolitan language to the man, presumably thanking him.

The man walked past me, but I didn’t receive the rain of good luck salt. I worried if this was a bad omen.

One of Borrelli’s plays, Opera Pezentella, delves into the history of the somewhat cult-ish Neapolitan tradition of “adopting” a dead skull, praying for its soul, and, in return, asking for a favor.

Naples is dotted with ancient crypts where one can find these centuries-old skulls, the most famous being the Fontanelle cemetery (which was closed when I visited due to the rains) and the church Maria delle Anime del Purgatorio ad Arco. In both, visitors can see the skulls and bones of people who died in the 1600s—a century full of devastations, including the Black Plague and the eruption of the Vesuvius volcano—and didn’t receive a proper burial. (“Because they couldn’t pay for one,” Borrelli told me.) In line with Dante’s Divine Comedy, a lack of a proper burial meant these souls were doomed to spend eternity in purgatory—that is, unless someone prayed for them.

So, Neapolitans opted to make use of this undead dilemma. They pray for the dead to get to heaven, but expect something in return. I scratch your back, you scratch mine.

Among the thousands of skulls in the ad Arco church are ghost celebrities—or, rather, skulls that have answered more prayers than not. (If a certain skull doesn’t satisfy your needs, you move on to the next one. Because why waste time with those who don’t reciprocate?) The most famous one is Lucia—who creepily shares my name—and is known for helping love-stricken individuals. While some of the skulls in the crypt were placed lazily next to others, Lucia had her own shrine, overflowing with hand-written love letters and fading photographs.

When I met Borrelli, he took me straight to the church and crypt, which served as the set of his 2014 play on the “purgatory souls.” He and the church’s administrative director Daniela d’Acunto told me stories of middle-aged women who would visit the skulls during WWII and ask for their sons to return from the war unharmed.

“They prayed to these skulls because it was something they could touch and feel,” said Borrelli. “It was somehow more real and believable than praying to saints they couldn’t physically see. It’s as if the skulls were their therapists, someone they could talk to.”

Today, the practice hasn’t gone anywhere. I watched a family with two small children pay their respects. A woman in her thirties came alone, left a note in Lucia’s altar, and left. There are thousands of rustic coins dropped in the corner designated for students to leave a little something and, in return, do well on their exams.

As we stood in the damp and windowless crypt, surrounded by skulls (some of which were placed inside metal boxes after the Catholic Church made the practice “illegal” in 1969), I couldn’t help but wonder if anyone else was as creeped out as I was. When I asked, d’Acunto answered with another question: “Were you afraid as we walked down here?”

“We weren’t,” she said, looking towards Borrelli and laughing. “The thing is, I need to see and touch death. When someone dies, I need to see the body, I need to touch it, or else I don’t believe they’re dead.”

For generations, Neapolitans have grown up with death—and the dead—as an integral part of everyday life. In the early 20th century, before the Fontanelle cemetery became a tourist site, children would play with the skulls lying about the cave. And this relationship—this constant, almost theatrical and mystical communication with the other world—eventually made its mark on popular culture and art.

The 1940 theater play Non ti Pago, written by one of Naples’s most famous playwrights Eduardo De Filippo, is a testament to the importance Neapolitans give to dreams. It tells the story of a man who is “robbed” of winning the lottery because his father appears in the dream of another man giving him the winning numbers. A family feud ensues that questions various things: the connection between the world of the living and the world of the dead, the authenticity of dreams, and the Catholic Church’s attitude towards these “pagan” beliefs. (The Church says only saints can answer prayers.)

This fascination with dreams led to a sort of dictionary, the smorfia, that deciphers encrypted messages in dreams supposedly sent by dead relatives and loved ones meant to help those still alive win the lottery. Certain images and scenarios are associated with different numbers; for example, according to the dictionary, when one dreams of God or Italy, they should play the number one in that week’s lottery. The more dreams you have, the more numbers you have to play.

There’s a scene in the 1984 film Così Parlò Bellavista where two older women are trying to remember the details of their dreams to know which numbers to play in the lottery. There’s yet another movie, the 1950 comedy 47, Morto Che Parla with Antonio de Curtis, better known as Totò, that revolves around a group of conspiring men who try to convince a Baron that he’s dead so he tells them where he hid his riches.

“Because you want death close, you want it to be your friend, so that it doesn’t catch you.”

In more recent Neapolitan literature, Ferrante talks about how the ghosts of WWII linger into the childhood years of the novel’s protagonist, who was born after the war.  She writes in My Brilliant Friend that “when you haven’t been in the world long, it’s hard to comprehend what disasters are at the origin of a sense of disaster.”

Anthropologist Gianluca Mastrocinque says that, in Naples, the dead live alongside the living. “They’re like part of the family,” he says. “There’s a familiarity with death, but at the same time, there’s a juxtaposing sentiment towards it. Because you want death close, you want it to be your friend, so that it doesn’t catch you.”

It’s a city that has been full of tragedies. Mastrocinque points to the Vesuvius, which has destroyed entire communities (one only has to take a 30-minute train ride to Pompeii to be reminded), but at the same time has given the surrounding area extremely fertile soil. There have been devastating earthquakes—including one in 1980 that killed thousands. There have been bombings from the two world wars. There have been murders by the mafias, and the police.

“There’s a lot of precariousness and instability,” says Mastrocinque. “And that has made us very close to death.”

On one of the last days of my visit, I came across a death announcement that caught my attention.

Her name was Lucia Palumbo—which is my first name and my second last name; or, my mother’s maiden name (in Spain, where I live, we use both our father’s and mother’s last names). It was my Neapolitan alter ego, a distant relative perhaps, or a dark joke, maybe, from my ancestors. For the second time in a week, a dead Neapolitan had stolen my name.

I walked away quickly; I didn’t want to see my name associated with death.

Of course, I saw her many more times. She was watching me as I walked hand-in-hand with my partner, as I laughed at a joke, as I ate the Neapolitan pastry sfogliatella and took in the noise and vibrancy of the colorful Neapolitan streets.

She was reminding me that I was still alive. And if death is the only guarantee we have in life, we might as well yell across balconies and listen to Buddy Holly and live as the Neapolitans do.

Lucia Benavides is a journalist and writer based in Barcelona, working as a regular contributor for NPR from Spain. Her work has appeared in various publications, including PRI’s The World, The Atlantic and L.A. Review of Books. Originally from Argentina, she was raised in Texas from a young age. 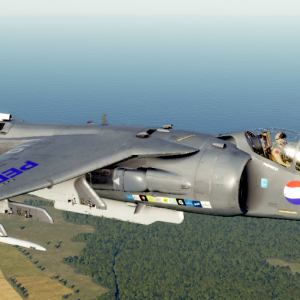 In 1995 Pepsi ran a promotion where people could collect Pepsi Points and then trade them in for Pepsi Stuff. A T‑shirt...
© LitHub
Back to top