“Is Esmeralda still here?” she asks an employee doing maintenance work on this early Thursday morning near the tawny and grey-colored ponies, now anchored in stillness on golden poles.

“No, she’s been gone for a few years,” he replies, supplying a brief summary of the lifespan of the beloved mechanical fortune teller who once resided here before going back to his work. Her male counterpart, Zoltar, still offers his $1 fortunes down the boardwalk by the Coke machine, including in español if you prefer.

It’s now 30 years after her first book, Weetzie Bat, was published, three decades of L.A. crawling slowly away from the times of Marilyn Monroe pressing her hands in wet cement outside Grauman’s Chinese Theatre—where a few decades later Block would roam freely as a teen and young adult, recording her memories through a five-book series called Dangerous Angels.

She was the all-time favorite author of my youth, the person who first introduced me to the idea of what my life could be outside of the tiny Detroit suburb where I grew up. Being able to meet her now and chat casually as we navigate the L.A. streets in my rental car is a dream.

“I said something like, ‘Can you do a blessing for my eye?’ And the poor guy was just like, ‘No.’”

We had hoped to visit some of those sites from Block’s books—the slim tomes that I read in big gulps at age 13, stealing them from my tiny high school library (these were pre-Amazon days), dreaming about moving to the place where we’re standing today. 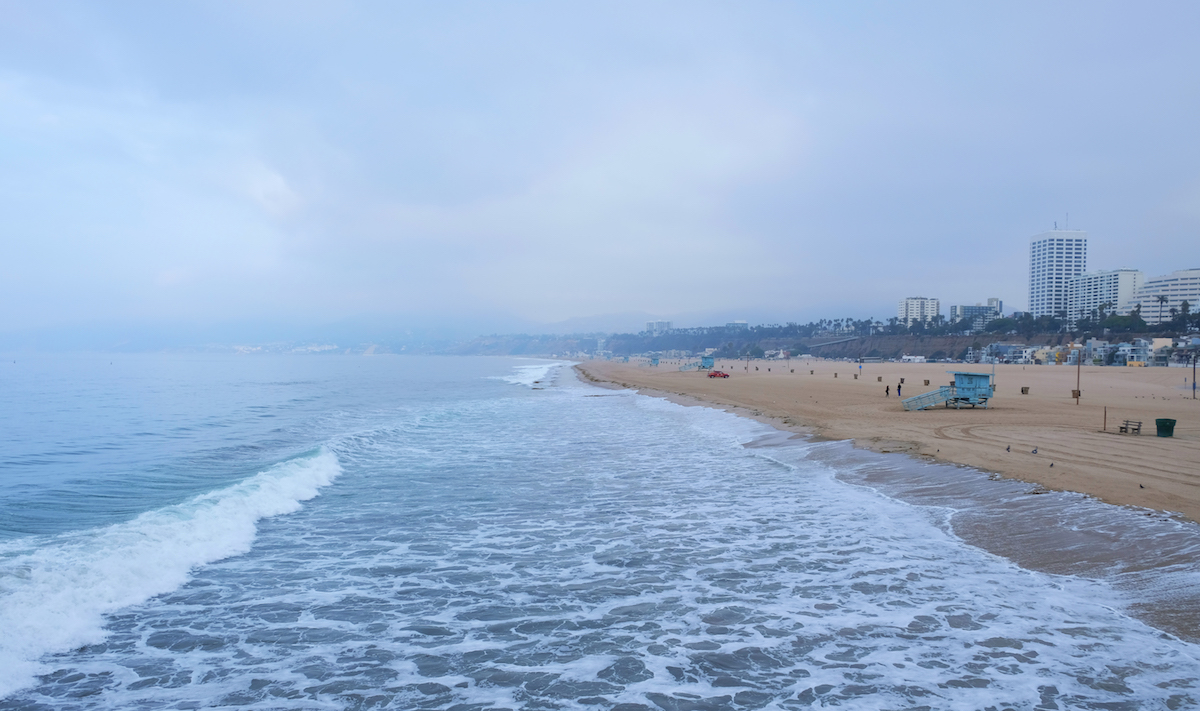 “That’s so sad,” Block says as she walks back to my rental car, hobbling a bit, since she’s recovering from a broken ankle. She’s still thinking about Esmeralda. “I just think that really hits home about the change. You know, of course, so many things are gone. But that was one of the things that I thought would not be gone.”

Being disappointed seems almost like part of the Los Angeles brand. I spend $17 on a slice of mediocre avocado toast to fuel our humble pilgrimage that seems to come up empty at most turns.

The Tick Tock Tea Room, Tiny Naylor’s, Schwab’s and Duke’s—former real-life L.A. diners which all figured prominently in Weetzie Bat—are no longer there. The apartment where she lived for six months with the friend who was the inspiration for Dirk (now deceased) was bulldozed long ago, along with several others. Block hasn’t visited most of the other locations in years. The Beverly Center, a symbol of how L.A. was changing even at the time Block wrote her books, has changed from brown to white, yet still remains a thudding monument to mall materialism. 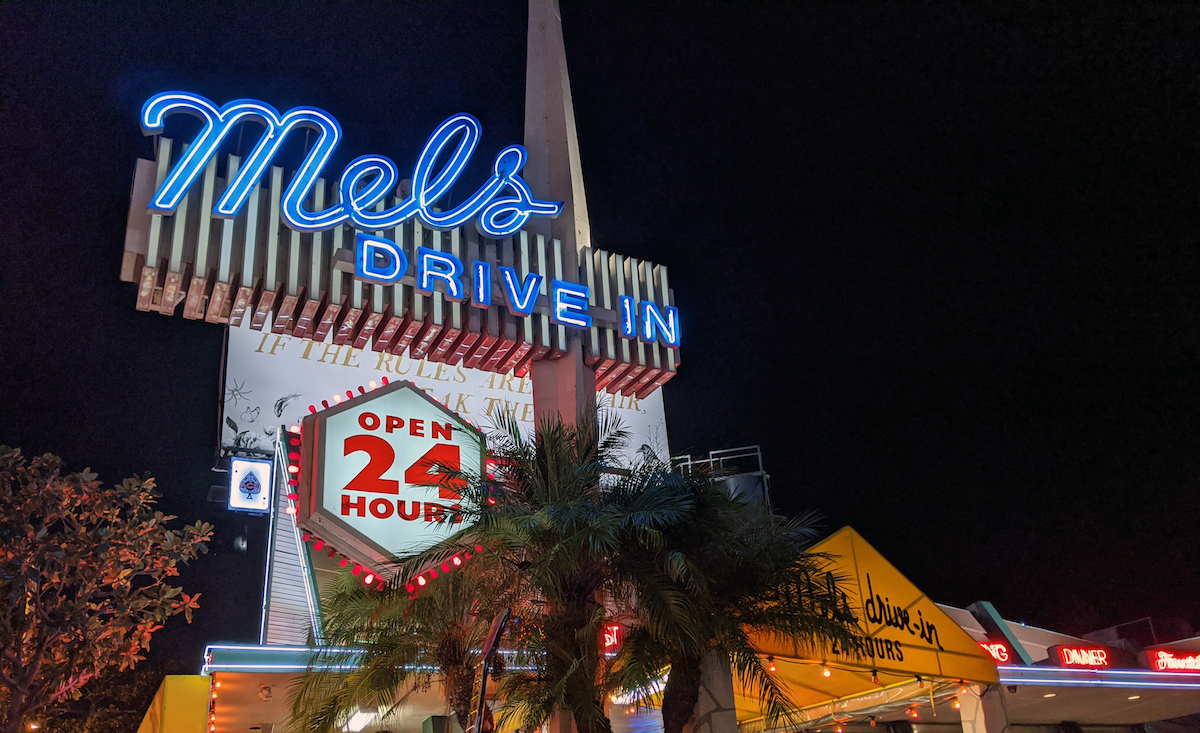 At Venice Beach, depleted of surfers on this grey November day, we make our way down the mostly empty boardwalk. I mention that on a previous visit years ago, I remembered a man wearing a turban and playing an electric guitar on Rollerblades who made me smile.

“That’s Harry Perry,” she says. “Since I was a teenager, I would see him. He always looks exactly the same. And he actually was somewhat of an inspiration for the genie in Weetzie Bat. One time, I’d just had my eye surgery and I was feeling weird and crazy, and I kind of had magical associations with him. I said something like, ‘Can you do a blessing for my eye?’ And the poor guy was just like, ‘No.’”
“L.A. isn’t magic or not magic—people are magic or not magic. L.A. is just … they poured the cement.”

Not seeing Harry Perry seems like another disappointment. We do, however, see a clown dressed in drag atop the local corner CVS, (“Clownerina”), who is sporting a crumply red hat, one tear, shapely calves and a shiny blue leotard. This restores our faith somehow.

Block has encountered her fair share of disappointment, too. Perhaps you wouldn’t expect that from an author who, at age 24—and somewhat effortlessly, by her telling—sold the first in a series of books destined to become cult classics.

Her lineage, though, is one of Hollywood heartbreak. Her grandmother was a screenwriter who came to Los Angeles to work on a movie that was never produced; her father, Irving Block—formerly a screenwriter for the 1956 film Forbidden Planet—was eventually blacklisted from Hollywood for his socialist views.

Even before Weetzie Bat was first published in 1989, there were whispers of its potential as a movie, with various noted directors and actors linked with the project throughout the years. But it hasn’t yet come to pass—a thorn for Block for the past three decades, as she’s drafted screenplays and shopped it around with little luck. 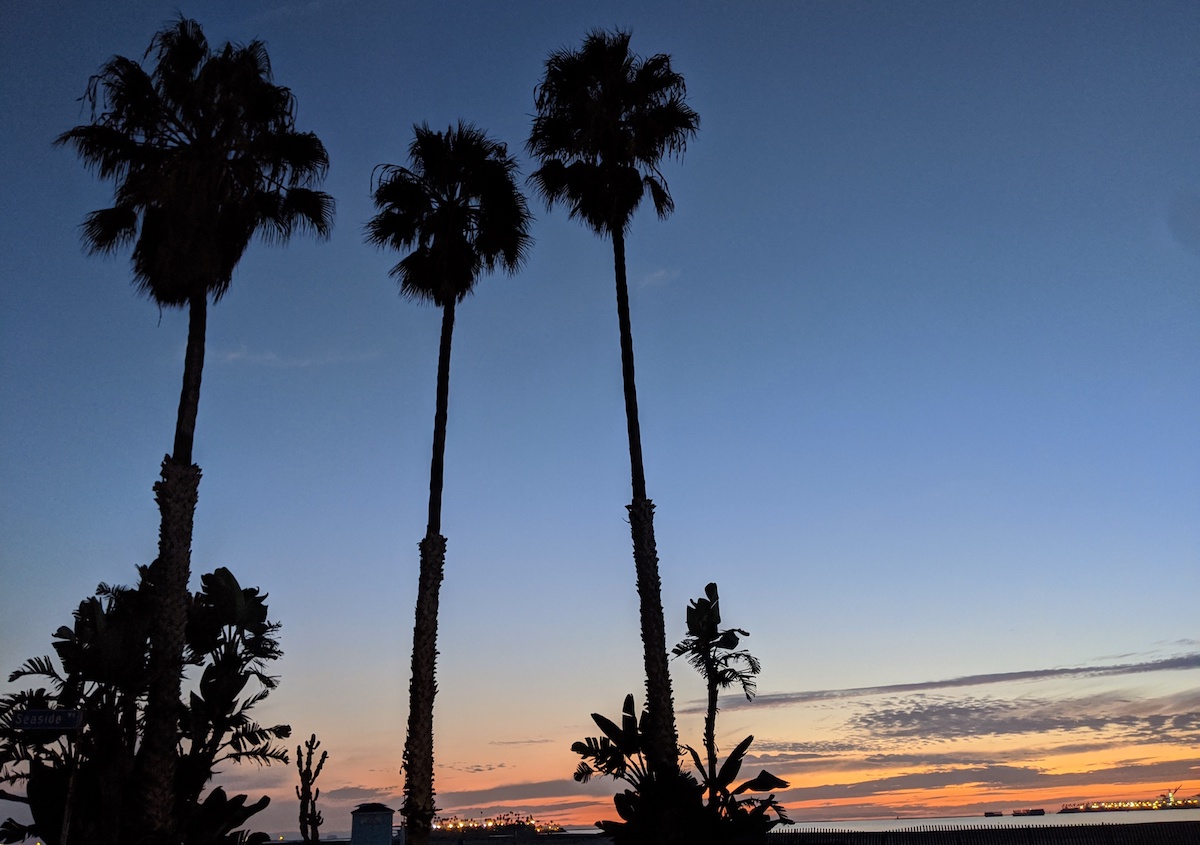 On a personal level, Block suffered a public struggle in 2012 while trying to finance her house during the subprime mortgage crisis, which prompted her to take teaching jobs, coach writers in her house and take a roommate to make ends meet. In the past year, she has grieved the loss of her long-time therapist and her “Slinkster Dog,” Elphi. Not to mention the shattered ankle, which necessitates that we break for a physical therapy appointment in the middle of our Weetzie tour.

But mostly, Block is evolving, too, along with the place she once called “Shangri-la … [where] it’s always Christmas.” She’s a mother of two young adults herself now. She is set to graduate from her MFA program at University of California Riverside-Palm Desert in December and is working on another novel: a dark, poetic mystery set in California’s Salton Sea.

She doesn’t see a lot of the L.A. of her youth anymore, mainly because her life is elsewhere now.

“My kids are still at home, and I like to be around them even if they’re in their rooms with the doors closed,” she says, noting that she and her son Sam are currently bonding over episodes of Game of Thrones together. “Right now I have three classes in my home and then my own work. I work all the time, pretty much from home, so I can literally work seven days a week.”

At first when I ask her whether the magic is still here, she pauses for a moment, and then says definitively: “No.”

But then she finds another thread.

“I talk about the gift and the flaw in the characters when you’re writing, and I think if L.A. were a character, the superficiality and the naivete could be the flaw,” she says. “But there’s also an optimism and a hopefulness and a belief that something magical could happen at any time, whether that means you could stumble on a Jayne Mansfield coven fan club or you could get a part in the movie or you could sell your TV show. You keep believing in it.” 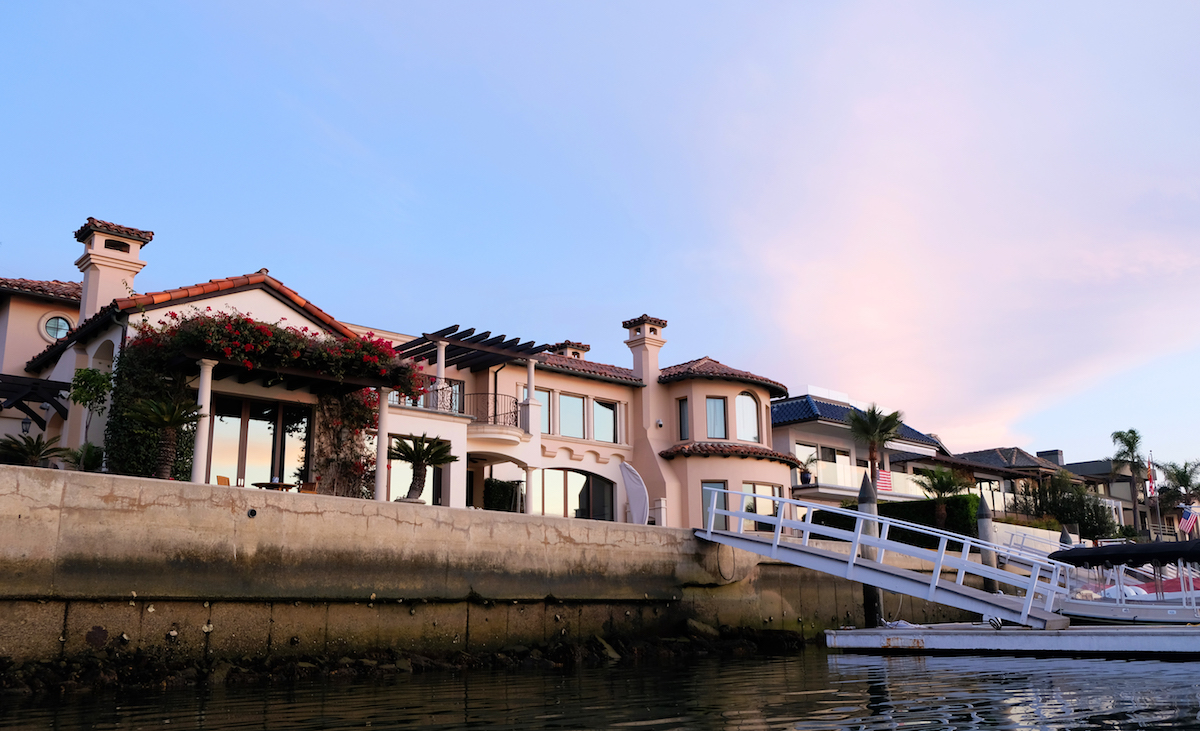 One of our biggest joys is discovering that Hollywood in Miniature, a 45-block scale replica of Hollywood first displayed in 1946 (which Block remembers seeing in the 80s and mentioned in Weetzie Bat) has resurfaced after disappearing from the public eye.

Formerly a glorious depiction of the city’s starlit heyday with functioning electric lights reminiscent of a glitzy Mister Rogers’ Neighborhood, the miniature city once traveled throughout the U.S. to promote Hollywood itself. It’s now displayed in a humble, fluorescent-lit storefront leased by the Hollywood Heritage Museum on Hollywood Boulevard, a dusty, pastel collection of former landmarks.

Block’s face lights up upon seeing it again—indeed, only the sight of dogs throughout our journey can rival her joy at this moment. She finds Schwab’s, where her mom and her dad visited separately in the 1950s before meeting, and where she used to hang out as a teenager. Nearby, another miniature set depicts a Western movie shoot.

“That’s a sky set—that’s in my book, remember that?” she says. “That’s crazy! And here’s Weetzie’s car in front.” She points to a tiny pink classic car. 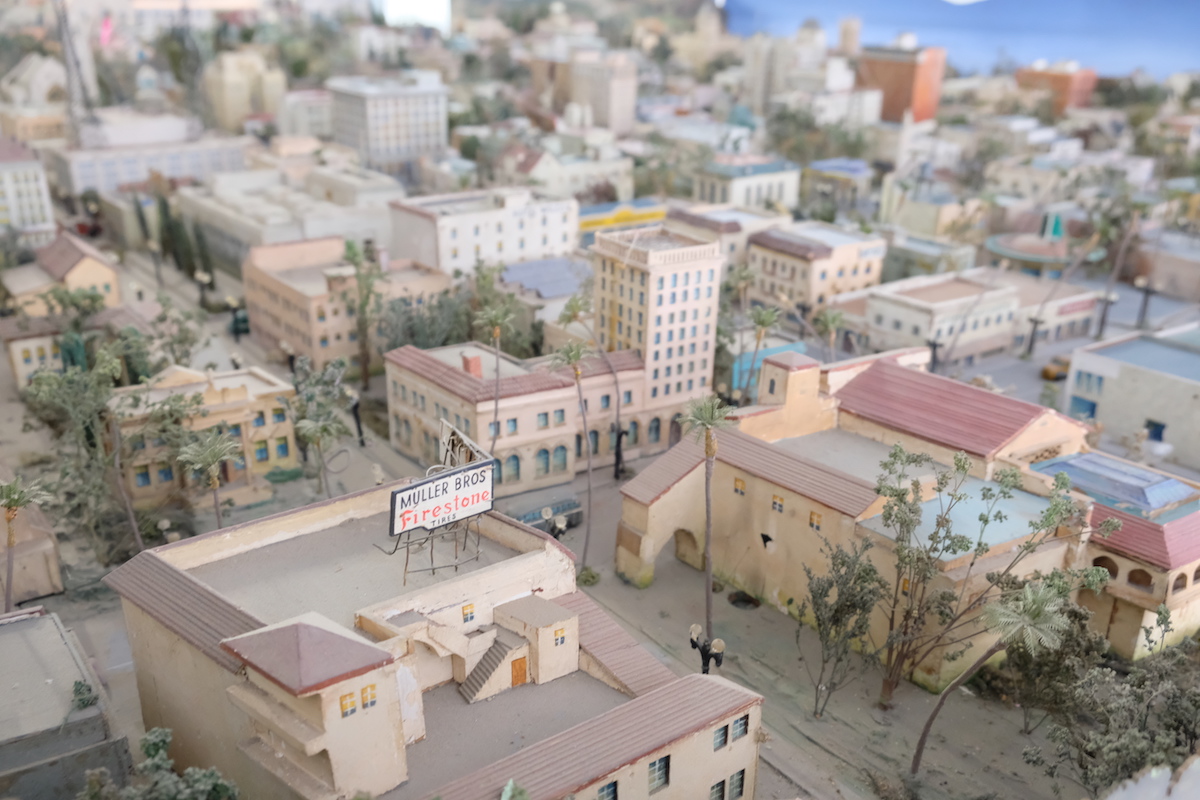 Later, as we drive back to her house, she beams thinking about the sky set. “Talk about a classic Weetzie moment. I got so many pictures—people are going to be so happy,” she says, posting a photo to Instagram.

In Weetzie Bat, the sky set is part of a scene Weetzie invokes in an attempt to appeal to her father, Charlie Bat, who is disillusioned by L.A.

“I can’t be in that city,” he tells her. “Everything’s an illusion; that’s the whole thing about it—illusion, imitation, mirage. Pagodas and palaces and skies, blondes and stars. It makes me too sad.”

For the first time, searching for the remnants of Weetzie Bat’s L.A., those shimmery, weird beacons in a city that casts away old things, I can empathize with this character’s sadness. Perhaps Block can, too. 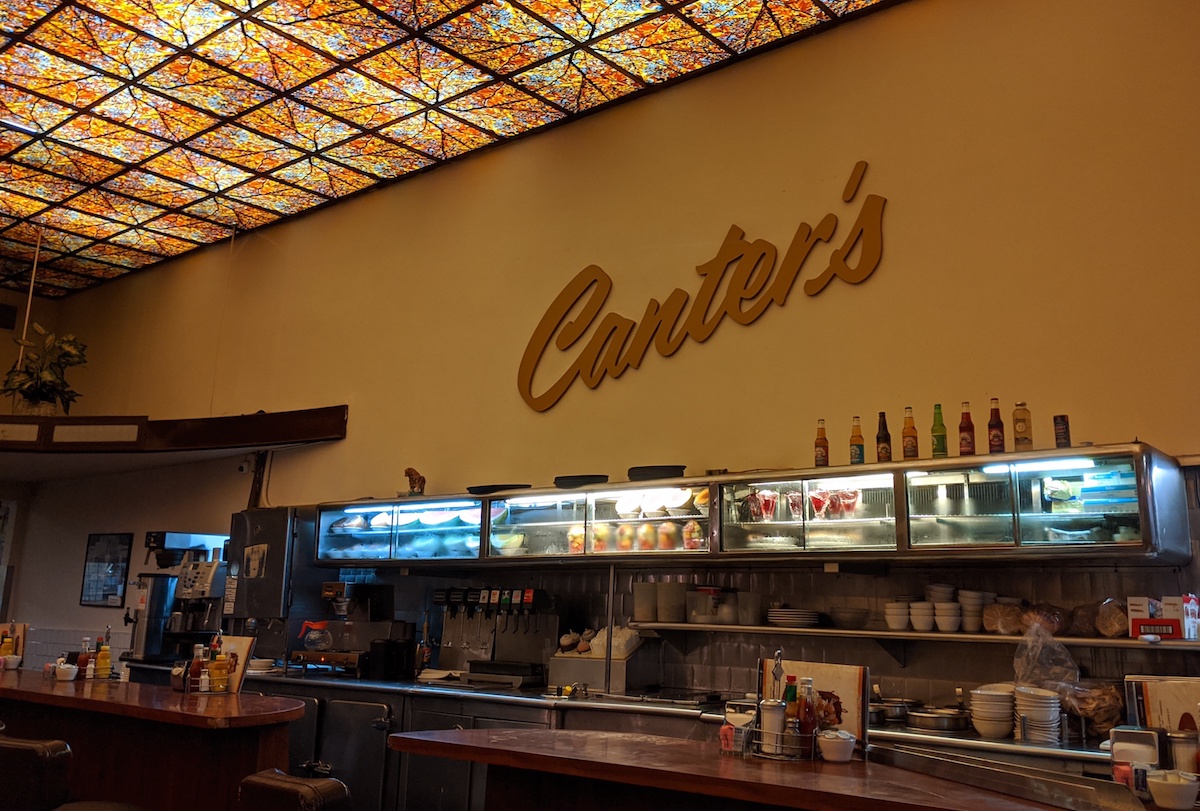 Later in my trip, I venture out alone in West Hollywood to some of the clubs that are still around from the Weetzieverse like Whiskey a Go Go (gay clubs like Rage and Revolver where Weetzie and Dirk went “duck hunting” are still there, too). The scene is a bit worn out like a Hollywood miniature, with scant groups of aging rockers sipping craft beer near a sign that admonishes, “If you stage dive, you go home.” 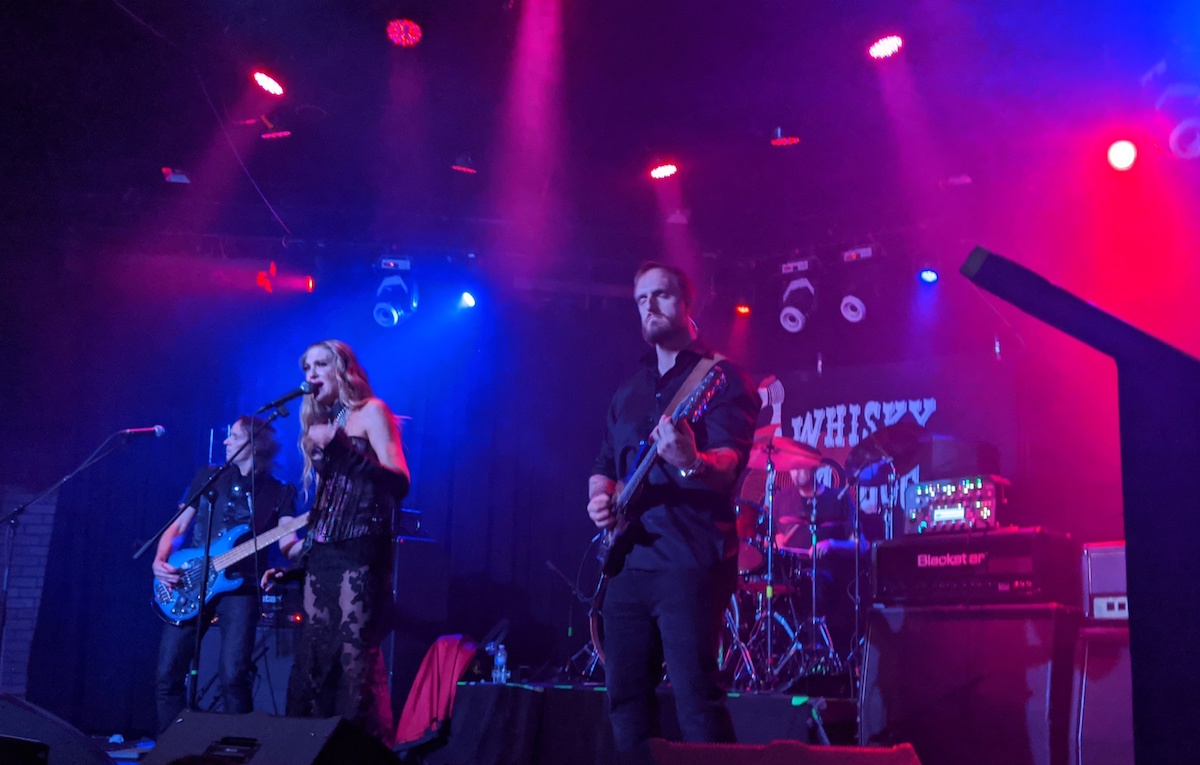 Finally, I visit the Viper Room, which came after the time of Weetzie, but would have likely been part of her world. Through the thick crowd of 20- and 30-somethings, I glimpse Harry Perry’s turban, accessorized with a black visor. He ducks behind the curtain before introducing L.A.’s original American ska band, The Untouchables.

At 1:30 a.m., the Kama Kosmic Krusader is still busking outside the club on the sidewalk. I shyly say hi, and then with the courage that comes with being out late and feeling my luck begin to change, I ask if he still feels the magic of Los Angeles, just as I asked Block.

“Look at it this way,” he says. “L.A. isn’t magic or not magic—people are magic or not magic. L.A. is just … they poured the cement. It’s going to be here until the earth cracks it, and it’ll be dust, and we’ll be gone, but the magic will be eternal.”

Then he laughs, offers to sing me a song. Across the street behind him, there’s a crystal ball sitting in a storefront window, and I smile, thinking about how magic survives in its own way.

Cynthia J. Drake is an Austin-based travel writer and author. 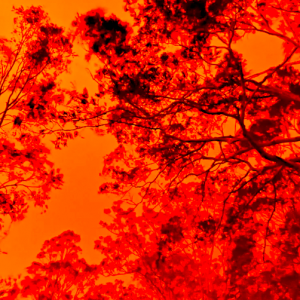 Battling the False Narratives Around Australia's Devastating Bushfires Australia is in the grip of a catastrophic bushfire season the scale, duration, and intensity of which we have never seen...
© LitHub
Back to top
Loading Comments...