Silence at the Border: Telling the Hard Stories of Undocumented Immigration

Javier Zamora on Marcelo Hernandez Castillo's Children of the Land

Silence. Silence has plagued me since the day I left my country on April 3, 1999. I was nine years old. There was no parent around. I’ve never spoken to my parents about those eight weeks. They haven’t told me about their own migration stories, Dad’s in 1991, Mom’s in 1995. Growing up, none of my American-born friends knew how I’d gotten to the desk next to them. My ELL classmates, six of us in Mr. Booth’s class at Bahia Vista Elementary School, never discussed how we’d gotten to that class. All of us had arrived the summer of 1999. To this day, sometimes I run into them and we’ve never talked about pre-fourth grade in San Rafael, California; pre-United States border.

A few months into fourth grade, the six ELL students and I “graduated” into the regular class; those new classmates knew we weren’t born in the United States, but never dared ask how we’d gotten there. We never told them. No one asked. From then on, I learned a language I’ve kept close to myself: a language of silence, of not letting anyone in, of lying, of deceit, of needing to hide because those eight weeks were the hardest eight weeks of my life. But, oftentimes, the aftermath is harder. The feelings of shame, of deceit, of fear or defiance of authority, never completely go away. In Children of the Land, Marcelo Hernandez Castillo addresses these and many other themes, effectively showing us what immigration and what the US immigration system does to a family, to a life, to a body.

Full disclosure: I know Marcelo. I’ve known him since our time at CantoMundo—a fellowship for Latinx poets—in 2013. It is important I disclose this information not because of my inherent bias in writing this piece, but to note that even though we share a similar immigrant background (our own bouts with this country’s immigration system and our previous “undocumented” status), we had never talked about the particulars of our traumas. For this reason, it was shocking that I didn’t know the material written in Marcelo’s memoir; we had never had that conversation. At the same time, not knowing his trauma and he, not knowing mine, is the expected result of precisely our similar traumas.

Silence. Children of the Land is so much about silence but also about its opposite. Early on, Marcelo admits that “when [he] came undocumented to the US, [he] crossed into a threshold of invisibility. Every act of living had been an act of trying to remain visible. [He] was negotiating a simultaneous absence and presence that was begun by the act of [his] displacement.” This beautiful passage closes with this confession: “I am trying to dissect the moment of my erasure.” Aren’t all immigrants trying to do just that? To understand how the fuck we have gotten here? Here, not as in a country, but here, in an uncertain mental state? Here as in paranoid, here as in shadows of what we could’ve been.

Whether we want to admit it or not, it all comes back to that threshold, to that moment of crossing, to the border and everything around it, all of the baggage after that moment that took seconds: crossing an arbitrary line that determines one place from another. The border not only as a means “to keep people out,” as Marcelo notes, but “its other purpose,” “to be visible, to be seen, to be carried in the imaginations of migrants deep into the interior of the country, in the interior of [our] minds.”

In Marcelo’s retelling we can see what the border has done to him and his family in their internal lives. Invisibility. Silence. Marcelo acknowledges the “what if?” What if he had not spent “so much energy trying to avoid getting caught[?]” I’ve thought a similar thought, along with my friends who are or have been undocumented as well, this wondering “how much [we] could have done with [our] lives if [we’d] been spared the energy it took to survive.” The could’ve been is frustrating, it’s frightening. The success of this memoir is that Marcelo has done that job; he has written what is difficult to write, and in that writing he has given us (those that know this story far too well) the tools, the snapshots, to begin our own narratives and our own healing.

Here is a book that says, I understand.

The memoir doesn’t shy away from showing us the honest truth of what living with silence can do to a person. Marcelo shows us his trauma vividly: the depression, the paranoia, the alcoholism, all of the things that would make anyone think “bad immigrant.” But this book also questions the categorization of that behavior into an easy binary of good vs. bad. It says there is no such thing, there just is. He writes close to the end of the memoir: “I did nothing wrong, I was only trying to make an honest living.” We end and begin the book in the same way, in uncertainty. It’s a circle, a cycle of being caught up in a political system that fails to see immigrants as full human beings, therefore deeming us invisible.

It was difficult to read this memoir. It took me close to a month to finish it. I had to stop several times, stop and do something else, in order to not think about my own trauma. I can’t imagine what the writing of this book took out of Marcelo, what it must be like for him to have this out in the world. It’s difficult to navigate the everyday when there are many people, well meaning people, liberals, writers, who still ask questions like those Marcelo shares with us: “I often heard people ask me why Ama didn’t ‘just get papers if she had over thirty years combined in the US,’ as if time alone was the remedy. It was like telling someone, ‘just stop being depressed.’ It was remarkable how little they understood how it worked.” It seems that no one understands the internal world, the world we don’t share with others, when we are directly affected by immigration. I’m so proud that Marcelo has given us (immigrants) tools to begin our own reflection, to start the hard conversations with ourselves, to hopefully get counseling, to start sharing our experiences with those that have experienced them. To make us feel like we’re not alone in what so often feels like a lone battle. Here is a book that says, I understand.

There is a passage in the book when Marcelo reads a speech at the Barnes & Noble Writer for Writers Award Ceremony as I stand next to him; Marcelo, Christopher “Loma” Soto, and I won that award for our work on the Undocupoets campaign, which successfully eliminated the citizenship requirements in all first book prizes in poetry. Reading that passage was eerie. It was bizarre to see myself in Marcelo, to see my similar ability to keep to myself my own battle with the US immigration system, my anger, my frustration. It was bizarre to see how well we both hid our suffering and to see how deliberately we kept ordering drinks to blend in, to pretend, to put on a mask. Dissonance. Silence.

Standing on that stage in a fancy hotel in Manhattan, I didn’t know everything that had brought him up onto that stage, nor all of the things he was feeling. Although I didn’t ask him then, although we still probably won’t have that conversation, I’m proud this book exists. I’m proud Marcelo is writing his truth and not another journalist or writer who has not lived what immigrants have lived through. I’m glad it is Marcelo who is enacting his agency on these pages.

Writing is what we have. And in this essay I want to tell him, I’m sorry I didn’t ask what he was going through, but also, thank you for being in the world, for inviting us into your world, for opening and showing us a door into the internal spaces we often ignore. I see you. You make us immigrants feel seen. Gracias compa, te lo digo con todo mi amor y con todo mi dolor, gracias.

Javier Zamora was born in El Salvador in 1990. His father fled the country when he was one, and his mother when he was about to turn five. Both parents’ migrations were caused by the U.S.-funded Salvadoran Civil War. When he was nine Javier migrated through Guatemala, Mexico, and the Sonoran Desert. His debut poetry collection, Unaccompanied, explores the impact of the war and immigration on his family. Zamora has been a Stegner Fellow at Stanford and a Radcliffe Fellow at Harvard and holds fellowships from the National Endowment for the Arts and the Poetry Foundation. His memoir Solito is out now from Hogarth.

Americans Are Right To Think the Economy Is Rigged 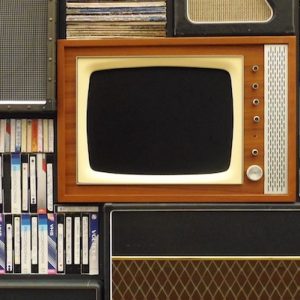 How to Know If a Movie Actually Sucks or If the Russians Are Trying to Trick You Back in the day, to choose a movie, you looked at the listings in your local paper. They included basic information about...
© LitHub
Back to top