The Yurt at the Edge of the Sea:
A Writers’ Retreat on the California Coast

Emily Cooke on Inhibition and Actualization at Esalen, Home of Lit Camp

I’d been past it as a kid, captive in the car as my dad drove, clinging to the crumbling fractal of the Pacific coastline. He smoked Benson & Hedges menthols with the window cracked, constantly waving with his cigarette hand out to the west and saying would you look at that? But my eyes were glued to the road, willing our tires to keep contact with the asphalt. Magical thinking convinced me that if I worried about fallen rocks suddenly appearing around the next curve, it wouldn’t happen. Inevitably, we would stop at Nepenthe for a burger and fries and an endless view for lunch. Esalen was a sparkling idea, one that my hippie parents didn’t quite credit for some reason having to do with primal scream therapy or the rumor of Hunter S. Thompson carousing with a shotgun or maybe just their general aversion to personal growth. So we never stopped there.

Now I was driving myself. I was headed to Lit Camp, a writers’ conference being held for the first time at Esalen, famously the cradle of Gestalt Therapy and the birthplace of Maslow’s pyramid and the Human Potential Movement. Also—if you believed the website—the incubator of Glasnost and Perestroika. Integration, self-actualization, flow: this was a place focused on changing the world one uptight, fucked-up, unself-aware consciousness at a time. By all accounts, at the epicenter of this change were the co-ed, clothing-optional sulphur baths perched over the Pacific. Like most (or all) writers, I was a prime candidate for change but aimed to fly under the New Age radar. As I had years before with the fallen rocks, I hoped that if I worried enough about being uptight and un-mellow, it wouldn’t happen.

Some part of me cherished being uptight. Noticing things and thinking hard about them, after all, were a writer’s stock-in-trade. Never getting too comfortable in any given situation meant you could maintain the distance needed to describe, to discern, and, yes, to judge. Being mellow meant glossing over enough so that you didn’t have to care. Which would probably be healthier, but it was not me, and it was not most of the writers I knew. We noticed, we cared, we fussed and worried. And we needed to hang out together sometimes and feel like that was okay.

Keeping my eyes on the road as I negotiated Highway One, I almost missed the carved wooden sign: Esalen Institute—By Reservation Only. I stopped at the gate kiosk and gave my name to the attendant, a man with a blond-and-gray ponytail and beatific smile. When he asked, I couldn’t remember my room number.

It’s all good . . . that catchphrase of surfers and Santa Cruz coffee shop cashiers . . . they all had the affect of this lovely man: accepting, gentle, the slack emotion one needs to keep the loose-but-strong posture required to stay up on a surfboard or a skateboard. It’s not all good! I always wanted to say to them. I’m not all good . . . nothing’s all good. But these all-good guys were always so nice. I didn’t want to be rude.

Esalen was about integration. It was about growing, optimalizing, encountering.

Deep breath; now let it out. Give Esalen a chance. When I’d attended Lit Camp in the past, it was based up in wine country outside Calistoga. For four days we’d had the whole conference center to ourselves, just writers, agents, and editors sharing meals, attending workshops and master classes, doing yoga mercifully punctuated by free-writes, drinking local wine every night. At Esalen we would have to share the campus with psychologists attending an EMDR therapy workshop. I’d never heard of EMDR; it was probably something I needed, but I hadn’t come to be healed or processed or fixed; I’d come to be a writer.

My first morning I walked to the community room overlooking the Pacific for yoga (no free-writes this time, but a view of the water over a wizened Monterey Cypress). After a breakfast prominently featuring estate-grown chard, I felt loose and radiant in my first workshop, held in a yurt in the middle of a green glade that tilted down toward the ocean. All of that was different! But the thoughtful critique of everyone’s work, the way thinking about what other writers were trying to do with their writing helped me to think about my own in a new way—that felt familiar, as did my gratitude for this small space in a life to feel like art mattered.

My second morning there was therapeutic drumming, more chard, and workshop in a pretty little house with a fireplace. My group, who’d seemed a little tentative the day before, a little apologetic about offering critiques in this environment of beauty and healing and acceptance, were becoming real friends. Some (but not me) had been to the baths the night before and seen the moon lighting the efflorescent waves. They’d slept in sleeping bags or bunks and awakened together to the sound of gulls hunting over the shallows. Was it okay to focus on form, structure, plot, narrative point of view in such a place? Of course it was, when you were among friends. When you were among people trying, like you, to render a world in words.

My third morning, post-chard, I walked through rain to a meditation hut by the creek rushing new water to the sea. Did I really meditate? I sat still and focused on the sound of water in all its modes. I told myself this was enough. Maybe I didn’t have to go to the baths.

Before coming to Esalen I expressed my reservations about the baths to a friend who’d already been. “Don’t worry,” she assured me. “You look better than 90% of the people down there.” Ninety percent! I guess that’s good, right? But what I would look like wasn’t so much a problem for me as what I would see. As a rule, I don’t usually expect to look at penises I haven’t signed up to look at. The young Rupert Graves in the film adaptation of Maurice? Check. The cutie I met in the stairwell of my co-op the summer I studied cultural anthro at Berkeley? Check. The famous writer who would be critiquing my work the next day? Hold up.

How could one visit Esalen and not visit the baths, though? After workshop I decided to take the plunge. Headed down the hill, looking out at coastal rocks fringed by white sea foam, Brown Pelicans flying three-by-three, and a soft breath of fog hanging over the water to the west, I told myself it wouldn’t matter. At the very least, if the guy’s critique was harsh I could imagine him and his parts perched over the Pacific and maybe be able to compartmentalize what he said.

But was compartmentalization even allowed at Esalen? It sounded like something that would be frowned upon, like factory farming or negative self-talk. Esalen was about integration. It was about growing, optimalizing, encountering. In fact, as I got closer, I could see two people with no clothes on thoroughly encountering each other in the rooftop garden of the bath building. Oh shit.

When I got down there, a man with the all-good look on his face of an Esalen worker was just finishing hosing out the co-ed shower room. Yes, the co-ed shower room perched over the Pacific. Maybe I could focus on the perched part and not the co-ed part. But as I looked left, to the silent bath area, and right, to the quiet bath area, all I could see were penises. It felt like everything my mother warned me about.

This was my fallen-rock moment. I ran back up the hill. I knew I couldn’t head down again until I had backup. I hung around the Lodge drinking coffee and nibbling homemade whole-grain bread until I spotted a couple of other writers with towels and skipped down the hill with them. All good! We undressed together, showered together, and dunked into the hot sulphur-smelling water together. Would you look at that we said, speaking, as my father had years before, of the view of waves and rocks. Some other Lit Camp folks joined us. Let me tell you, you have the best, deepest, most meaningful eye contact with other people when you are scrupulously avoiding looking at what preschool teachers call bathing-suit parts.

That night it rained, hard. A born Californian, I have a healthy fear of water when it finally decides to come. I thought of the already sodden hill sloping above my room to Highway One and the canyons and cliffs above that. This coast had been closed for over a year not very long before, shut down by mudslides north and south; Esalen guests had been helicoptered out. Overlooking the Pacific and perched over the Pacific were concepts I could get behind; sliding into the Pacific with a liquefied debris flow was not. But the frogs and the crickets sang me to sleep with their harmonizing of it’s all good it’s all good it’s all good. When I woke in the morning it was all still there, looking fresh and self-actualized in the wet: the leaning Monterey Cypress and Pride of Madeira, the sparkling baths, the undulating fields of chard. And the copacetic Esalen crew were still working—happily? intentionally? mindfully?—amidst it all.

I was riding a wave. Maybe being a writer was all good.

Emily Kathleen Cooke lives and writes on the edge of Silicon Valley. She is working on a novel about the way tech is transforming the Bay Area. 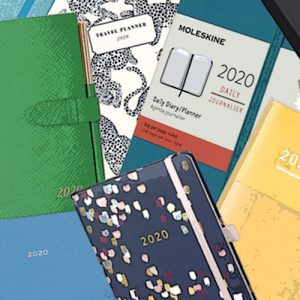 Your 2020 Literary Events Calendar Every January, I open my brand new planner, make a couple notations I've been holding in my brain since before the holidays,...
© LitHub
Back to top