In 1995 Pepsi ran a promotion where people could collect Pepsi Points and then trade them in for Pepsi Stuff. A T‑shirt was 75 points, sunglasses were 175 points, and there was even a leather jacket for 1,450 points. Wearing all three at once would get you some serious 1990s points.

The TV commercial where they advertised the points‑for‑stuff concept featured someone doing exactly that.

But the people making the commercial wanted to end it on some zany bit of “classic Pepsi” craziness. So wearing the T‑shirt, shades, and leather jacket, the ad protagonist flies his Harrier Jet to school. Apparently, this military aircraft could be yours for 7 million Pepsi Points.

The joke is simple enough: they took the idea behind Pepsi Points and extrapolated it until it was ridiculous. Solid comedy writing. But then they seemingly didn’t do the math. Seven million sure does sound like a big number, but I don’t think the team creating the ad bothered to run the numbers and check that it was definitely big enough.

But someone else did. At the time, each AV‑8 Harrier II Jump Jet brought into action cost the United States Marine Corps over $20 million and, thankfully, there is a simple way to convert between USD and PP: Pepsi would let anyone buy additional points for 10 cents each. Now, I’m not familiar with the market for second-hand military aircraft, but a price of $700,000 on a $20 million aircraft sounds like a good investment. As it did to John Leonard, who tried to cash in on this.

And it was not just a lame “tried.” He went all in. The promotion required that people claimed their prizes with an original order form from the Pepsi Stuff catalog, traded a minimum of 15 original Pepsi Points, and included a check to cover the cost of any additional points required, plus $10 for shipping and handling. John did all of that. He used an original form, he collected 15 points from Pepsi products, and he put $700,008.50 into escrow with his attorneys to back the check. The guy actually raised the money! He was serious.

Pepsi initially refused his claim: “The Harrier jet in the Pepsi commercial is fanciful and is simply included to create a humorous and entertaining ad.” But Leonard was already lawyered up and ready to fight. His attorneys fired back with “This is a formal demand that you honor your commitment and make immediate arrangements to transfer the new Harrier jet to our client.” Pepsi didn’t budge. Leonard sued, and it went to court.

The case involved a lot of discussion over whether the commercial in question was obviously a joke or if someone could conceivably take it seriously. The official notes from the judge acknowledge how ridiculous this is about to become: “Plaintiff’s insistence that the commercial appears to be a serious offer requires the Court to explain why the commercial is funny. Explaining why a joke is funny is a daunting task.”

But they give it a go!

The teenager’s comment that flying a Harrier Jet to school “sure beats the bus” evinces an improbably insouciant attitude toward the relative difficulty and danger of piloting a fighter plane in a residential area, as opposed to taking public transportation.

No school would provide landing space for a student’s fighter jet, or condone the disruption the jet’s use would cause. In light of the Harrier Jet’s well‑documented function in attacking and destroying surface and air targets, armed reconnaissance and air interdiction, and offensive and defensive anti-aircraft warfare, depiction of such a jet as a way to get to school in the morning is clearly not serious.

Leonard never got his jet, and Leonard v. Pepsico, Inc. is now a part of legal history. I, personally, find it reassuring that, if I say anything that I characterize as “zany humor,” there is legal precedent to protect me from people who take it seriously. And if anyone has a problem with that, simply collect enough Parker Points for a free photo of me not caring (postage and handling charges may apply).

Pepsi took active steps to protect itself from future problems and re-released the ad with the Harrier increased in value to 700 million Pepsi Points. I find it amazing that they did not choose this big number in the first place. It’s not like 7 million was funnier; the company just didn’t bother to do the math when choosing an arbitrary large number.

I, personally, find it reassuring that, if I say anything that I characterize as “zany humor,” there is legal precedent to protect me from people who take it seriously.

As humans, we are not good at judging the size of large numbers. And even when we know one is bigger than another, we don’t appreciate the size of the difference. I had to go on the BBC News in 2012 to explain how big a trillion is. The UK debt had just gone over £1 trillion, and they wheeled me out to explain that that is a big number. Apparently, shouting, “It’s really big! Now back to you in the studio,” was insufficient, so I had to give an example.

I went with my favorite method of comparing big numbers to time.

We know a million, a billion, and a trillion are different sizes, but we often don’t appreciate the staggering increases between them. A million seconds from now is just shy of eleven days and fourteen hours. Not so bad. I could wait that long. It’s within two weeks. A billion seconds is over thirty‑one years.

Those surprising numbers actually make perfect sense after a moment’s thought. Million, billion, and trillion are each a thousand times bigger than each other. A million seconds is roughly a third of a month, so a billion seconds is on the order of 330 (a third of a thousand) months. And if a billion is around 31 years, then of course a trillion is around 31,000 years.

During our lives we learn that numbers are linear, that the spaces between them are all the same. If you count from one to nine, each number is one more than the previous one. If you ask someone what number is halfway between one and nine, they will say five—but only because they have been taught to. Wake up, sheeple! Humans instinctively perceive numbers logarithmically, not linearly. A young child or someone who has not been indoctrinated by education will place three halfway between one and nine.

Three is a different kind of middle. It’s the logarithmic middle, which means it’s a middle with respect to multiplication rather than addition: 1 × 3 = 3; 3 × 3 = 9. You can go from one to nine either by adding equal steps of four or multiplying by equal steps of three. So the “multiplication middle” is three, and that is what humans do by default, until we are taught otherwise.

When members of the indigenous Munduruku group in the Amazon were asked to place groups of dots where they belong between one dot and ten dots, they put groups of three dots in the middle. If you have access to a child of kindergarten age or younger with parents who don’t mind you experimenting on them, they will likely do the same thing when distributing numbers.

Even after a lifetime of education dealing with small numbers, there is a vestigial instinct that larger numbers are logarithmic; that the gap between a trillion and a billion feels about the same as the jump between a million and a billion—because both are a thousand times bigger. In reality, the jump to a trillion is much bigger: the difference between living to your early thirties and a time when humankind may no longer exist.

All humans are stupid when it comes to learning formal mathematics. This is the process of taking what evolution has given us and extending our skills beyond what is reasonable.

Our human brains are simply not wired to be good at mathematics out of the box. Don’t get me wrong: we are born with a fantastic range of number and spatial skills; even infants can estimate the number of dots on a page and perform basic arithmetic on them. We also emerge into the world equipped for language and symbolic thought. But the skills that allow us to survive and form communities do not necessarily match formal mathematics. A logarithmic scale is a valid way to arrange and compare numbers, but mathematics also requires the linear number line.

All humans are stupid when it comes to learning formal mathematics. This is the process of taking what evolution has given us and extending our skills beyond what is reasonable. We were not born with any kind of ability to intuitively understand fractions, negative numbers, or the many other strange concepts developed by mathematics, but, over time, your brain can slowly learn how to deal with them.

We now have school systems that force students to study math and, through enough exposure, our brains can learn to think mathematically. But if those skills cease to be used, the human brain will quickly return to factory settings.

A UK National Lottery scratch card had to be pulled from the market the same week it was launched. Camelot, the company that runs the UK lottery, put it down to “player confusion.” The card was called Cool Cash and came with a temperature printed on it. If a player’s scratching revealed a temperature lower than the target value, they won. But a lot of players seemed to have an issue with negative numbers:

On one of my cards it said I had to find temperatures lower than −8. The numbers I uncovered were −6 and −7 so I thought I had won, and so did the woman in the shop. But when she scanned the card, the machine said I hadn’t. I phoned Camelot and they fobbed me off with some story that

Which makes the amount of mathematics we use in our modern society both incredible and terrifying. As a species, we have learned to explore and exploit mathematics to do things beyond what our brains can process naturally. They allow us to achieve things well beyond what our internal hardware was designed for. When we are operating beyond intuition, we can do the most interesting things, but this is also where we are at our most vulnerable. A simple math mistake can slip by unnoticed but then have terrifying consequences.

Today’s world is built on mathematics: computer programming, finance, engineering . . . it’s all just math in different guises. So all sorts of seemingly innocuous mathematical mistakes can have bizarre consequences. Mathematical mistakes aren’t just amusing; they’re revealing. They briefly pull back the curtain to reveal the mathematics that is normally working unnoticed behind the scenes. It’s as if, behind our modern wizardry, Oz is revealed working over‑ time with an abacus and a slide rule. It’s only when something goes wrong that we suddenly have a sense of how far mathematics has let us 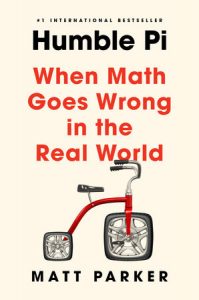 Matt Parker is the author of Things to Make and Do in the Fourth Dimension as well as a stand-up comedian and YouTuber with over 100 million views. He writes about math for The Guardian, hosts the Science Channel’s Outrageous Acts of Science, and appears regularly on various BBC shows including More or Less, The Infinite Monkey Cage, and QI. Matt performs his math stand-up routines in front of audiences of thousands and is the first person to use an overhead projector at the Hammersmith Apollo since Pink Floyd. Humble Pi: When Math Goes Wrong in the Real World, is out now from Riverhead.

What Neapolitans Understand About Death (Better Than Most) 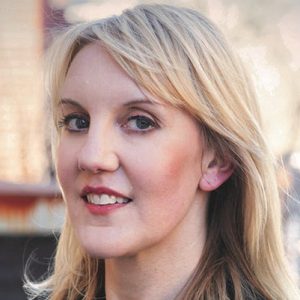 Men have defined the space of midlife crisis for decades—the sporty cars, the affairs, etc. But what does a midlife crisis...
© LitHub
Back to top
Loading Comments...