TODAY: In 1721, Jean-Philippe Baratier, a noted child prodigy and author of the 18th century, is born.

Mary Oliver, Pulitzer Prize-winning poet, has died at 83. Read Brandon Taylor on one of her most famous poems, “Wild Geese” • “What’s needed is magic.” (Also: talent, focus, and endurance.) Writing advice from Haruki Murakami • On finally being able to say “I’m a writer” and mean it • Lauren Groff and Rachel Kushner talk prisons, prairies, and power • Tessa Hadley on what it is to write about everyday life • “Adultery, spousal murder, infanticide, and testicles” and other things you might find in early children’s books • On the science fiction novelist who created a feminist language from scratch • Read an extract from Hannah Sullivan’s Three Poems, winner of this year’s T.S. Eliot Prize • Samantha Schweblin on inhabiting the strange, and being compared to Kafka • Chris Power on unconscious literary influences, and the time he unwittingly plagiarized Alice Munro • Reyna Grande on two border crossings, 30 years apart • Finding love, one literary event at a time • Tim Johnston on the problems of changing style, novel to novel • On rediscovering reading after grad school nearly destroyed it • Sam Lipsyte on writer’s block, his old man name, and the key to good writing • Seven ways of looking at

John McPhee • Visiting a literary outpost at the end of Long Island: where Capote, Steinbeck, and more took refuge • A testament to the miraculous power of reading aloud • Where New York’s single literary girls lived: Amy Rowland recalls her time in a women’s-only boarding house • A brief and incomplete survey of Edgar Allan Poes in pop culture, from Ray Bradbury to Gilmore Girls • “I have seen worthy Indigenous perspective routinely gutted from the articles I write.” Jenni Monet on why she’s started posting the original versions of her reporting • Reniqua Allen on Black millennials in search of the New South • How do you save an endangered species in a warzone?

We launched a newsletter! Subscribe to the Book Marks Bulletin for reviews, news, pre-publication giveaways, and more! • “Reading it, we are up against the raw experience of nightmare”: the first American reviews of Sylvia Plath’s The Bell Jar • Inheritance author Dani Shapiro on five memoirs that take big risks, from John Wickersham’s The Suicide Index to Roxane Gay’s Hunger • This week in Secrets of the Book

Critics: Letitia Montgomery-Rodgers on the literary canon, Canterbury Tales, and Kayleb Rae Candrilli • Anna Burns’ Milkman: interminable slog OR brilliant evocation of trauma and tyranny? • Leila Slimani and the boredom of bad girl lit, Tessa Hadley as a modern-day Virginia Woolf, and more Book Reviews You Need to Read This Week • A paternity mystery, a deadly sleeping sickness, and the rivalry that shaped rock n’ roll all feature among the Best Reviewed Books of the Week

Neil Nyren introduces us to the life and work of crime-writing poet Nicholas Blake • All the crime movies we’re excited to see in 2019 • Christopher Yates remembers growing up with a psychopath next door • Keith Scribner recommends 8 modern classics of rural noir • Taylor Stevens writes about finding her way to thrillers after growing up in, and then leaving a cult •  CrimeReads editors look at January’s best debut thrillers, mysteries, and crime novels • Take a crime tour of Napoli with Paul French • Edward Humes recounts how a 1991 forest fire revealed that almost everything we thought we knew about arson investigation was wrong • British crime 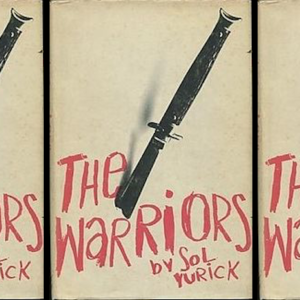 Mary Oliver, Pulitzer Prize-winning poet, has died at 83. Read Brandon Taylor on one of her most famous poems, “Wild...
© LitHub
Back to top