The enchantment of a piece of writing delivered by the human voice may come on little cat feet, so to speak, slipping in so softly that we hardly notice its arrival. It can also dash forward and strike with a blow, as it did one night in 1917 to the future novelist and folklorist Zora Neale Hurston. Hurston had enrolled in a night high-school English class taught by a man named Dwight O. W. Holmes.

In her memoir, Dust Tracks on a Road, Hurston wrote, “There is no more dynamic teacher anywhere under any skin. He is not a pretty man, but he has the face of a scholar, not dry and set like, but fire flashes from his deep-set eyes. His high-bridged, but sort of bent nose over his thin-lipped mouth—well, the whole thing reminds you of some Roman like Cicero, Caesar or Virgil in tan skin.”

One fateful evening, this teacher opened a volume of English poetry and began to read to the class:

In Xanadu did Kubla Khan
A stately pleasure-dome decree:
Where Alph, the sacred river, ran
Through caverns measureless to man
Down to a sunless sea.
So twice five miles of fertile ground
With walls and towers were girdled round;
And there were gardens bright with sinuous rills,
Where blossomed many an incense-bearing tree;
And here were forests ancient as the hills,
Enfolding sunny spots of greenery . . .

Hurston was transfixed. “Listening to Samuel Taylor Coleridge’s Kubla Khan for the first time, I saw all that the poet had meant for me to see with him, and infinite cosmic things besides. I was not of the work-a-day world for days after Mr. Holmes’s voice had ceased. This was my world, I said to myself, and I shall be in it, and surrounded by it, if it is the last thing I do on God’s green dirt-ball.”

What happened to Hurston that night was a kind of intellectual and aesthetic liberation: the sound of her teacher reading Coleridge was so thrilling, so arresting, that it cut her loose from the life she might have had and freed her to find her destiny as a writer.

At other times in history, and in other places, reading aloud has been the means of more literal liberation. The human voice is just a sound in the air, and yet it has built bridges from ignorance to knowledge, and from bondage to freedom. In the American South before the Civil War, for instance, it was illegal in some states to teach enslaved people to read and write. There were no laws against listening, though, which is how the future abolitionist and writer Frederick Douglass got his first taste of what words could do. He was about twelve at the time, and as he later wrote, “the frequent hearing of my mistress reading the Bible aloud awakened my curiosity in respect to this mystery of reading, and roused in me the desire to learn.”

The woman began to teach Douglass the letters of the alphabet, but her husband soon put a stop to it. After that, Douglass recalled, her attitude toward him changed. “Slavery proved as injurious to her as it did to me,” he wrote. “Under its influence, the tender heart became stone, and the lamb-like disposition gave way to one of tiger-like fierceness.”

At one point, Douglass’s mistress became so enraged at the sight of him holding a newspaper that she yanked it from his hand. “She was an apt woman,” Douglass observed dryly, “and a little experience soon demonstrated, to her satisfaction, that education and slavery were incompatible with each other.”

Like Douglass, the future missionary and preacher Thomas Johnson paid close attention to readings of the New Testament at night. Johnson would ask to hear certain passages repeated, so that he could fix the words in his mind, and then he would compare what he’d heard with what he saw printed in a stolen Bible that he kept hidden away. Reading aloud became, for these determined men, a secret staircase that led to the open air of intellectual escape.

When a cell door slammed on Yevgenia Ginzburg, a Communist Party official caught in the purges of Stalin’s Great Terror, she was left with one source of consolation: “Poetry, at least, they could not take away from me!” she declares in her memoir, Journey into the Whirlwind. The prisoner prowled her cell, racking her memory to recite aloud the literature she’d read. “They had taken my dress, my shoes, my stockings, and my comb . . . but this was not in their power to take away, it was and remained mine.”

A few years later, eight hundred miles to the west, retelling literature from memory came to the rescue for Helen Fagin, a young prisoner of the Warsaw ghetto. “Being caught reading anything forbidden by the Nazis meant, at best, hard labor; at worst, death,” she writes in an essay for the collection A Velocity of Being.

I conducted a clandestine school offering Jewish children a chance at the essential education denied them by their captors. But I soon came to feel that teaching these young sensitive souls Latin and mathematics was cheating them of something far more essential—what they needed wasn’t dry information but hope, the kind that comes from being transported into a dream-world of possibility.

One day, as if guessing my thoughts, one girl beseeched me: “Could you tell us a book, please?”

Fagin had spent the previous night devouring a contraband copy of Margaret Mitchell’s Gone with the Wind, so her own dream-world was still “illuminated” by the story.

As I “told” them the book, they shared the loves and trials of Rhett Butler and Scarlett O’Hara, of Ashley and Melanie Wilkes. For that magical hour, we had escaped into a world not of murder but of manners and hospitality. All the children’s faces had grown animated with new vitality.

A knock on the door shattered our shared dream-world. As the class silently exited, a pale green-eyed girl turned to me with a tearful smile: “Thank you so very much for this journey into another world. Could we please do it again, soon?” I promised we would, although I doubted we would have many more chances.

Only a few of the children in the secret school survived the Holocaust. The green-eyed girl was one of them. “There are times when dreams sustain us more than facts,” Fagin concludes. “To read a book and surrender to a story is to keep our very humanity alive.”

It is no accident that repressive governments often limit people’s access to books and information. That was true in Spanish Cuba, when the authorities put a stop to the public readings in the cigar factories. That was true in the Warsaw ghetto for Helen Fagin. Books consumed in private cultivate independence of mind, a thing unwelcome and even dangerous when the culture outside is in the grip of orthodoxy.

The experience of Chen Guangcheng, the blind human rights activist who made a dramatic escape from house arrest in China to the American embassy in 2012, speaks to the power of reading out loud as a means not only of liberating the listener’s imagination but also of engaging his critical faculties. If those faculties happen to be subversive, well, the responsibility for that doesn’t lie with the thinker but with those who would stop him from thinking.

Chen was born in 1971, and in rural China the blindness that took his sight after a fever meant that he could not get a formal education. As a result, he spent his days isolated from other children. While the rest of the kids in his village attended the Communist Party–run local school, Chen spent his time trapping frogs, devising gimcrack homemade guns, and building kites that he couldn’t see, but whose airborne vibrations he could feel through the string in his hand. His mother was illiterate, but his father had picked up the rudiments of reading and writing just before the Cultural Revolution shuttered the schools in 1966. In the horror and tumult of the next decade, young Red Guards plundered libraries and ransacked temples, smashing and burning books and antiquities.

They brutalized and rusticated the educated, the once-prosperous, and the insufficiently zealous in a state-sanctioned campaign to extirpate the “four olds”: old ideas, old customs, old habits, and old culture.

The fever would pass, but even as Chinese society was shuddering in the aftermath of the revolution, Chen Guangcheng’s father was doing something extraordinary. Quietly, every night, he read to his blind son. In doing so, he imparted old ideas, old customs, old habits, and old culture.

“My father and I would sit under the kerosene lamp as he read aloud, making out the words in a halting rhythm, his voice rough and low,” Chen recalls in his memoir, The Barefoot Lawyer. Their books ran from folktales to history to Chinese classics. Father and son read the sixteenth-century novel Investiture of the Gods. They read the sprawling, tragic eighteenth-century love story Dream of the Red Chamber (banned during the Cultural Revolution). They read the fourteenth-century epic Romance of the Three Kingdoms, also banned, on the grounds that it encouraged mythology.

Hour after hour, sometimes sitting up, sometimes lying by his father’s side on a narrow bed, the boy listened. “The stories my father read to me served as a counterpoint to the official party line and the usual propaganda,” Chen writes.

Just as important was that my father’s stories and our discussions about them gave me an organic education in ethics, providing a framework with which to understand my experience as a disabled child. The stories I heard when I was young allowed me to imagine myself in the position of the characters, to consider how I would react if faced with similar challenges, to devise my own responses and then to compare them with what actually took place.

Chinese history is full of examples of the disempowered overcoming the odds through wit and daring. Though I lacked the conventional education of my peers, I also avoided the propaganda that was part and parcel of the party’s educational system. Instead, my father’s tales became my foundational texts in everything from morality to history and literature and provided me with a road map for everyday life.

It is a brilliant testament to the dedication of a loving father, and to the excellence of five olds: old ideas, old customs, old habits, old culture, and the old practice of reading aloud.

Wherever young people are growing up, they deserve to know what went into the making of their world. They have a right to be free to enjoy the richness that history and culture have bequeathed them. By reading aloud, we can help make that happen. 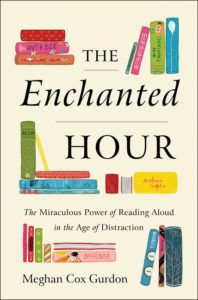 Meghan Cox Gurdon is an essayist, book critic, and former foreign correspondent who has been The Wall Street Journal's children's book reviewer since 2005. Her work has appeared widely, in publications such as The Washington Examiner, The Daily Telegraph, The Christian Science Monitor, The Washington Post, The San Francisco Chronicle, and National Review. A graduate of Bowdoin College, she lives in Bethesda, Maryland, with her husband, Hugo Gurdon, and their five children.

A Literary Outpost on the End of Long Island 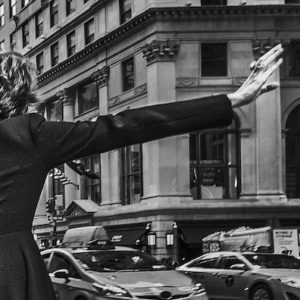 When I’m at war with the world, contemplating old failures and fresh regrets, I go online to revisit a New York building...
© LitHub
Back to top
Loading Comments...