Erik Larson on writing wartime life during the London Blitz • Antonia Angress discovers a secret literary love in the margins of a Patricia Highsmith classic • Laura van den Berg writes in response to the art of Ria Patricia Röder • Colum McCann on drinking with John Berger • A glimpse inside the best summer of Emily Dickinson’s life • Pod Save America’s Dan Pfeiffer lays out a plan for the future of democracy • Sierra Crane Murdoch, on the trail of a murder with Lissa Yellow Bird • Lessons from interviewing almost 300 authors • Jerry Mitchell revisits a dark episode in the struggle for civil rights • Gretel Ehrlich on Yuri Rythkeu’s eulogy for the Arctic • Sylvia Plath and the myriad women who know what she went through • Jean Genet on

the hidden heart of Jean Cocteau • Malcolm Harris’ reading list for making sense of a bullshit society • Emily Temple watchedYou’ve Got Mail for the first time ever and has strong feelings about it • Claire Pooley on what it meant to write her way up from rock bottom • Mahogany L. Browne on Audre Lorde and Black writers as agents of change • Mikki Kendall on the neoliberal misunderstanding of black education • When America’s most famous monthly took on its most famous tycoon • How the 1980s soap opera craze changed the entertainment industry forever • Marcus Mumford reflects on John Steinbeck’s lessons in justice and power • Zee Francis goes deep into the queer subtext of Willa Cather’s My Ántonia • How city planning wiped out New York’s “Little Syria” • February’s most beautiful book covers • The Lit Hub staff’s favorite stories of the month

Nancy Coco celebrates the many cozy mysteries of the Pacific Northwest • Peter Swanson examines the use—and misuse–of mental health disorders in crime fiction • Ryan Steck keeps a running count of the year’s best action thrillers (so far) • Joseph Finder reflects on the joys of reading about dysfunctional rich people committing crimes • S.L. McInnis recounts the tale of an obscure crime that inspired generations of storytellers • Kathleen Barber gives us a reading list for logging off • Laura James on the history of beauty as a legal defense • In case you’re wondering, Elizabethan playwright Ben Jonson was, in fact, a murderer • Gary Phillips wonders, what if real-life arctic explorer Matthew Henson had a chance to solve a murder?

Megan Fernandes: How Do You Make a Space for Identity? 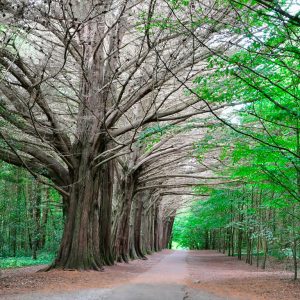 It's true. Nestled inside Coole Park, a nature reserve deep in the heart of the western province of the Emerald Isle, is a giant...
© LitHub
Back to top