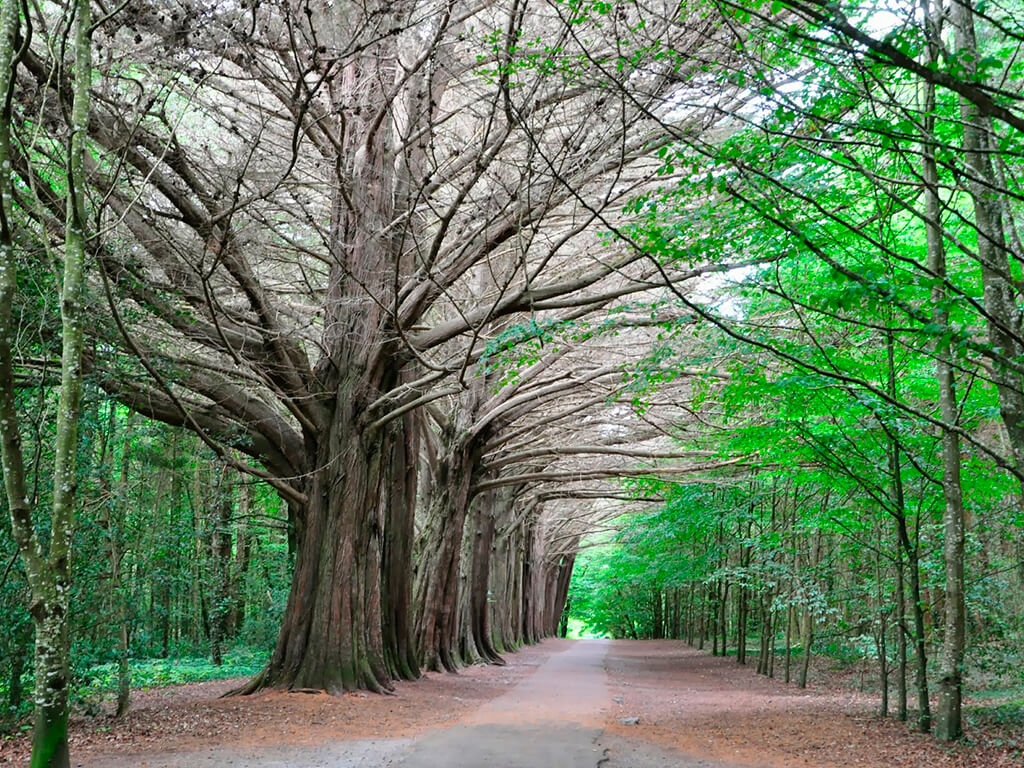 It’s true. Nestled inside Coole Park, a nature reserve deep in the heart of the western province of the Emerald Isle, is a giant Copper beach tree inscribed with the names of some of the most famous Irish writers of the early 20th Century.

Before it was acquired by the state, Coole Park was the country estate of Lady Augusta Gregory, an Irish writer, folklorist, ardent cultural nationalist, and all-round uber-patron of the arts in Ireland. As Atlas Obscura notes: “Lady Gregory, being an important figure of the early 20th century Irish Literary Revival, created at her home in Galway an idyllic getaway, where she and her friends could escape and find inspiration amid nature.”

Though the centenarian tree’s stubborn, and frankly rude, refusal to stop growing has caused some of the names to warp a little over the decades, if you look closely you can still make out the signatures of such Gaelic literary luminaries as Sean O’Casey (patron saint of the Dublin working classes and perhaps Ireland’s most famous playwright), J. M. Synge (romantic chronicler of island life whose most famous play caused riots during its opening run), and, of course, the OG softboi of Irish poetry: W. B. Yeats. Legend has it that if you whisper the name of your beloved into the uppermost knot of the Autograph Tree, both she and her daughter will reject your marriage proposal, thereby inspiring a lifetime’s worth of lovelorn verse.

As the old naturalist’s adage goes: “Take only memories, leave only a clumsy carving of your name into the bark of an ancient tree.”