The Best Writing at the Site in February

I’m always looking for new places to hide from dread, so I was hooked on Chelsea Leu’s essay about the allure of self-help books from the jump. While Leu takes at Annie Dillard’s The Writing Life as an example, she also delves into what’s so comforting about the genre as a whole, specifically for writers. I don’t read self-help books, but I do bake, and in Leu’s description of self-help as a shortcut to actually living, I thought about how baking is, for me, a way to eliminate the painful trial and error that writing necessitates. I bake so someone will tell me exactly how things are going to turn out (deliciously). Of course, when it comes to writing—and living—Leu points out that we don’t really need a book to tell us what to do. “We know what we need to do,” she writes, “but that knowledge is terrifying.”

In this essay, Antonia Angress describes reading a love story (Patricia Highsmith’s completely glorious The Price of Salt, a copy of which she bought used, sight unseen), and discovering an entirely different love story in its margins—notes from one (real) woman to another. As an avid reader, and an almost equally avid buyer of used books, I have to tell you that this is the dream. Angress describes a magical, unique reading experience which anyone would be lucky to find—and she, considering the parallels to her own life, luckier than most. It’s a fantasy within a fantasy, and a sincere pleasure to read.

“In Praise of Weird Literary Romances” by Amy Bonnaffons

Love is weird, and books that couple monsters and housewives and women and merman “remind us of love’s inherent strangeness—and can illustrate this strangeness in vivid, surprising ways.” Bonnaffons has collected eight excellent books of strange couplings, plus she’s also written the best description of love I’ve ever read:

Love is hairy, absurd, and dangerous. Of course it’s sometimes mundane and boring too, but only in the way that if you had a pet python named Carl you’d probably get used to him after a while, fail to even notice him sometimes, think of him mostly as an obligation—shoot, who will feed Carl when I go to that conference in Tampa?—and then once in a while you’d catch a glimpse of the terrarium in the corner and think holy shit I live with this thing that could kill me, Carl could totally kill me, and then you’d walk over and lift Carl out of his terrarium and marvel not only that Carl chooses every day not to kill you but that he exists in this world at all: millions of years of evolution culminating in the sleek muscled cable of his body, the dizzying beauty of his scales, the deep black knowing in his tiny beadlike eyes. 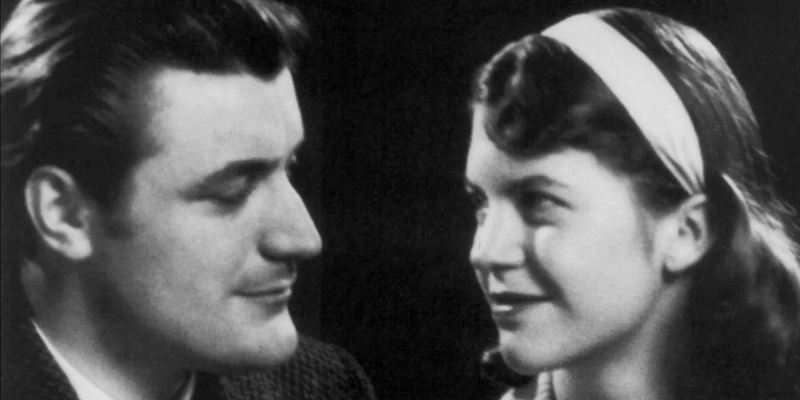 The question of why someone would stay in an abusive relationship—or, as Emily Van Duyne puts it, “why did so very many smart women fall for this guy’s line?”—is one with both personal and professional implications for Van Duyne, whose travels through Ted Hughes’ archives reveal a history of coercive, manipulative behavior and moral corruption. Here, she takes stock of the institutions and people who have shielded Hughes from accountability alongside her own story of how she came to see Hughes, and men like him, clearly.

“Marcus Mumford on John Steinbeck’s Lessons in Justice and Power“

Marcus Mumford has clearly been paying attention to John Steinbeck for a long time. Mumford and Son’s first album, Sigh No More (2009), is filled with images of the land of the Salinas Valley, depictions of the rage and desperation that seeped into the pages of Steinbeck’s novels, and, most explicitly referential, includes a song called “Timshel.” Timshel, the word used often in East of Eden, meaning “thou mayest,” and tied to ideas of greatness and humanness, and the choices we make that form our lives and character. In this transcribed speech, Mumford speaks with a lifelong expertise on the subject of Steinbeck, on his life, his history, his devotions: it feels as though Mumford’s been patiently waiting to make this speech for his whole life. It’s a joy to hear a musician, especially one who, for better or worse, has been propelled to the upper echelons of fame for his radio-worthy songs, prove that there is a huge depth of knowledge that goes into the making of songs that can often be dismissed because of their constant status on Billboard Top 40.

Between the ages of 11 and 13, I had no hobbies. So while my friends were away at theatre summer camps, I spent long summer afternoons alone, watching

The Golden Girls reruns. (One never forgets their first introduction to Betty White!) Yes, these lovely old ladies held a very special place in my heart, and I, like Daniel Lavery, had assumed this is what life was going to look like after the kids had moved away and the spouses had died. Lavery’s wonderful essay is a chance to sit at the kitchen table and sip iced tea with Dorothy, Blanche, Rose, and Sophia again. But it is also a moving meditation on transitioning, expectations for the future, and places of comfort.

English professor Susan Cook takes on Dickens’s least-loved novel, the long Barnaby Rudge, which is one of only two historical novels in his oeuvre. It’s about the little-known (to Americans, anyway) Gordon Riots of 1780. But it also features a ghost story, one which is told orally by a character (named Solomon Daisy) who has let his specific narration of it become his brand. Cook wisely explores the relationship between the novel’s oral storytelling plot and today’s true crime podcasting phenomenon, which it kind of seems to predict. 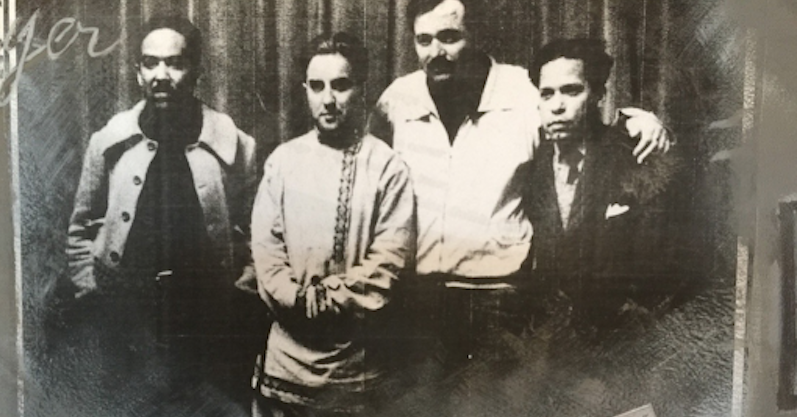 “When Langston Hughes Went to Report on the Spanish Civil War” by W. Jason Miller

In this excerpt from W. Jason Miller’s new biography of the iconic poet, playwright, social activist, and Harlem Renaissance leader, we’re given a brief but fascinating window into Hughes’ experience covering the Spanish Civil War for the

Baltimore Afro-American back in 1937. Hughes dodged sniper fire, drank with Hemmingway, and was inspired to write a number of harrowing and poignant poems about the carnage of the conflict. Perhaps most significantly, as Miller writes, “Hughes’s 22 articles covered an angle no one else in the world was focused on as companies such as the Abraham Lincoln and Washington Brigades were not only integrated but featured Negro commanders leading white troops, ‘a policy then unheard of in the US Army.’”

“Black Power, Blaxploitation, & The Sounds of the Seventies“ by Ashawnta Jackson

Ashawnta Jackson celebrates the great soundtracks of the Blaxploitation Era, starting with Shaft and continuing through the pantheon of seventies sounds, with shoutouts to many of the mid-20th century’s most talented musicians. Jackson also ties the appeal of these films and their soundtracks into a larger historical narrative: “these films spoke to a new era of films and a new kind of filmgoers, namely the ones who wanted to see stories that centered black actors, directors, and often, Black stories and lives…and the soundtrack for that had to be as bold as the images on the screen.”

Some of my most enjoyable reading experiences are careful takedowns of work that I personally enjoyed, Marriage Story being a prime example. It’s kind of beautiful watching film critic Masha Tupitsyn build a surprising case against Noah Baumbach’s latest, which she considers to have missed the “point” of marriage in the first place. Is marriage for Baumbach just theater, love (and its dissolution) an excuse for a prolonged therapy session

? The way Tupitsyn compares Nicole (Scarlett Johansson) to Woody Allen himself is just… wild and plausible. Film depictions of love tend to be nothing if not neurotic, casting relationship troubles as antithetical to love rather than an essential part of it. I will watch Marriage Story again, and I will probably still love it, but it’s nice to have a new critical lens to view it through. 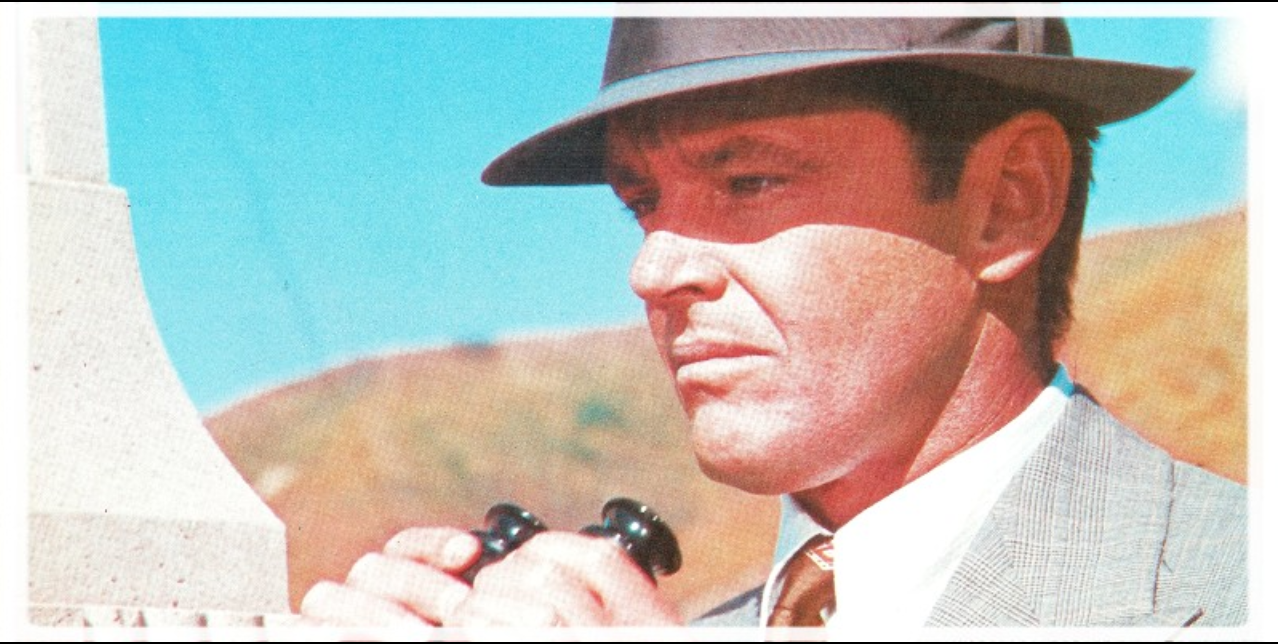 This piece is excerpted from Sam Wasson’s new book, The Big Goodbye: Chinatown and The Last Years of Hollywood, which has to be on a short list of the best, most enjoyable, most fascinating books I’ve read in a long while. In this passage, Wasson dives into the strange vibrations in the air in 1969 when the Tate-LaBianca had the city unnerved and Robert Towne was reading a photography book about Raymond Chandler’s L.A. and also looking around for a guard dog and having strange conversations with Los Angeles vice cops. It all boils down to one of the most famous pieces of dialogue in movie history.

This is just one small snippet of a big, wild story. If you’re not reading this book already, you probably should be. 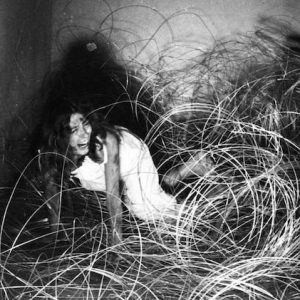 Kevin Killian was driving away from the San Francisco International Airport in that junker he’d pick you up in—I’m...
© LitHub
Back to top
Loading Comments...