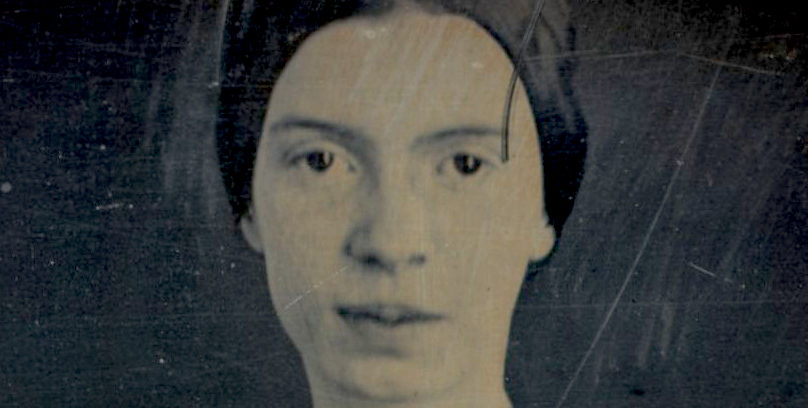 A Glimpse Inside the Best Summer of Emily Dickinson’s Life

“I have worlds of things to tell you, and my pen is not swift enough...”

Ebenezer Snell woke early. Looking east to the Pelham Hills, he saw dawn saturate the Connecticut River Valley. He dressed, careful not to disturb his wife and five daughters, and walked outside to check his scientific apparatus.

Snell was 44 years old, the first graduate of Amherst College, and now a professor of mathematics and natural philosophy at his beloved college on the hill. Not a large or robust man—he had such a modest manner, some of his first students called him “Miss Snell.”[1] They loved him for his kindness, and delighted—like everyone else in town—in his obsession with weather. For the last ten years, Professor Snell had risen every morning to record measurements and scientific observations in a large leather-bound journal. Now he opened the book, skimming past the title page: The Meteorological Journal Kept at Amherst College. Long. W 72 degrees 34′ 30.” Lat. N 42 degrees 22′ 21.” Station 267 feet above the Ocean Commencing 1835. Turning to the new day, he wrote, “Sabbath, August 3, 1845.”

Every year Snell added new columns and categories to his tabulations—wet bulb measurements, dry bulb measurements, mean temperature. “Pure Air” was a frequent exclamation. For today, though, he concentrated on his six original calculations—barometer, attached temperature, external temperature, clouds, winds and fall of water. “Sunrise,” he wrote, and then recorded: barometer 30.000; attached thermometer 69 degrees; external thermometer 57 degrees; cloudiness 8 SW cir; winds SW ½; fall of water 0[2]. In the margin, he jotted down additional remarks: “vegetation suffers from long drought,” “plants withering,” “smoky in morning.” Later that day, Professor Snell would return to his journal and record three additional sets of numbers for 8 am, 3 pm, and 6 pm. He also included one more observation. When he was outdoors at noon and looked up, Snell saw a parhelion, a bright circle ringing the sun. He picked up his pen and added the note.

Less than a mile down the road, 14-year-old Emily Dickinson knew what she wanted to do that summer day. Emily loved Sundays. She enjoyed the visits of friends and family who stopped in the afternoon for lemonade or the family’s homemade currant wine. In the evening, she joined other Amherst residents in Mr. Woodman’s Singing School—everything about music enthralled her. She especially loved long Sunday conversations with her older brother, Austin, when he was home from boarding school. The two sat by the stove and said whatever entered their minds. That is, until their father opened the kitchen door and the siblings swallowed their words with barely concealed smiles. What Emily did not like about Sundays was going to church. The service was long and the hymns were accompanied by a bass viol, and—according to one parishioner—appalling. Emily was lucky. Her parents did not demand that she attend services, and she occasionally slipped out before communion and walked home. Other times she would endure morning worship in order to earn the “privilege”—as she put it—of avoiding another service later in the day.

More often than not, though, she simply chose not to attend at all, and her parents did not protest. It was not going to church that Emily loved best about Sundays; with the house empty, she felt unleashed. Not that she did not love her family: living under the same roof with her mother and father, brother Austin, and younger sister Vinnie always felt right to her even as she grew older. But being alone set loose in her a potent force. With no one around, she would proclaim, “I am left alone in all my glory.”

“I have worlds of things to tell you, and my pen is not swift enough to answer my purpose at all.”

Today Emily wanted to stay home and write a letter to her friend Abiah Root. Recently Emily’s consciousness had shifted. Sitting down at her desk felt more solemn, more purposeful, and she wanted to make an announcement. Her words would be nothing so bold as a manifesto or even a declaration; they would be quieter, but no less convincing. Emily wanted to tell her friend that she could see her future and was ready for the days before her. She was putting Abiah on notice—perhaps the world, as well—that she was serious about writing. Nothing gave her a greater sense of pride or made her feel more alive. Years later, those who marveled at her dazzling words wondered what she could hear that others could not? She answered once. “All have gone to church—the wagons have done passing, and I have come out in the new grass to listen to the anthems.”

But before she wrote Abiah, Emily had to settle in: her mind switching as it frequently did from her family to her friends, from school to home, and even Sunday meeting. As much as she tried to avoid church, Emily had to admit that sermons at the First Church of Amherst had been better since Rev. Aaron Colton had become the minister. Congregationalists in town were hard on their clergy: opinionated, demanding, and tight with money. When one of Colton’s predecessors was sent packing, the deposed minister’s wife spared few words about the good people of Amherst. “New Zelanders would have behaved better,” she snarled[3].

Emily liked that Reverend Colton did not fall into the habit of spouting religious platitudes. If she had to sit in church, she preferred it would be Reverend Colton’s—at least his language had color and vitality. Emily always paid attention to words, more so than to the spiritual injunctions. When someone’s language was stale and predictable, she lost interest and her mind wandered. But when words made ideas come alive, she was transported. Her father could be caught up in language too—even the language of sermons—although most people would have been surprised that Edward Dickinson could be carried away by anything other than a legal brief. After hearing one sermon at Boston’s Park Street Church, Edward had written home, “If I could hear such preaching, every Sabbath, I would walk ten miles, in mud, knee deep . . . I do really wish Providence would so order it, that we could, now & then, have something worth the trouble of hearing. I could never sleep under such preaching—& never tire.”

There were no reports of Edward sleeping in church that drowsy August morning, although it was growing warmer by the hour. Hot weather bothered Emily and she knew First Church would be stifling with too many people sitting too closely together. In Friday’s newspaper, Professor Snell had reported that Amherst had shattered several records for heat. If Emily needed any additional excuse for missing church that morning, she had one in Reverend Colton’s absence. Colton was away from the pulpit and, in his place, two Amherst College professors assumed the preaching duties: Professor Fowler in the morning and Professor Warner in the afternoon. Spiritual guidance by way of professors of rhetoric on a steamy summer day, squeezed into rigid pews next to townsfolk mopping their faces did not sound inviting to Emily—certainly not as appealing as being alone at her desk.

Emily said the summer of her fourteenth year had been the best in her life and she wanted to share everything in the letter to her friend Abiah. The two girls had attended Amherst Academy together the year before, along with Emily Fowler and Mary Warner, the rhetoric professors’ daughters[4]. Now that Abiah had moved and was living hours away, Emily was eager to pour her thoughts onto the page. She had much to tell. There was a new piano in the house—the family’s first—and she was learning lively marches and popular songs. The academy’s summer term was nearly over and public examinations were around the corner. The dreaded examination, she thought. All Emily could think of were “those tall, stern, trustees” staring when teachers called upon her to recite an aspect of biblical law. “I am already gasping,” she wrote.

But her preoccupations in the letter were not solely about school. She told Abiah about cutting bookmarks, new births in town, gardening, and drying forget-me-nots. All the girls were making herbariums. “I have got an idea that you are knitting edging,” she said. Emily also loved sharing gossip, especially accounts of romantic couplings. Who, she wanted to know, was this Mr. Eastcott, the one who gave Abiah concert tickets. “I think for my part it looks rather suspicious.” She noted Abby was taking interest in William. Don’t you think he will make a devoted husband, she wrote. Sabra was going back to Baltimore in a few weeks after honoring us poor country folks with her presence, she added, and poor Hatty doesn’t seem to have time for anything now that she was teaching school. “I have some patience with these – School Marms,” Emily all but sighed. “They have so many trials.”

Emily said a voice inside her head commanded her to write.

As she wrote, Emily examined the pen stand on her desk. She knew the letter was going to be a long one, and could take a while to compose. So many words and ideas crowded her mind—they seemed to rush ahead of her hand. “I can hardly have patience to write,” she once told Abiah. “I have worlds of things to tell you, and my pen is not swift enough to answer my purpose at all.” Lately Emily had made a ritual of writing a letter: clearing space and time, and even her small desk in order to gather her thoughts. She studied the surface before her as if moving the inkwell would help her concentrate or anticipate the words ahead. She now took a slow, deliberate, formal, even ceremonial approach that prepared her for writing, and she expected Abiah to be ready as well: she imagined her friend leaving behind every chore and sitting down with her letter. Placing words on the page and envisioning Abiah savoring her sentences carried weight for her.

Emily said a voice inside her head commanded her to write. She called it her “faithful monitor” and she could not keep it quiet for long. Nor did she want to. If anyone that Sunday suggested that there was an element of the sacred to her ritual, she likely would have disagreed. There was no open Bible. No sanctified cloth. No preacher or even professors substituting for a divinely inspired voice. Not even a candlestick before her. This ceremony was liturgy of a different order. If her desk were indeed an altar, it was a shrine not to God, but to words.

[1] Ebenezer Snell has the distinction of being the first student in the first class (1822) to graduate Amherst College. He also was the first college graduate to teach at Amherst Academy and the first alumnus to return to the college as a professor. His young Amherst Academy students initially gave him the nickname “Miss Snell.” [Frederick Tuckerman, Amherst Academy: A New England School of the Past, 1841–​1861 (Amherst: Printed for the Trustees, 1929), 208–​9.]

[3] Original spellings, misspellings, and errors in grammar—​Dickinson’s and those of others as well—​have been maintained throughout this text, and will not be called out as such. 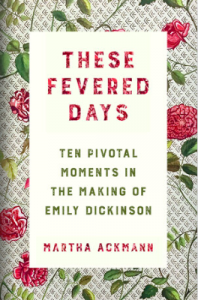 Martha Ackmann, author of These Fevered Days, Curveball, and The Mercury 13, writes about women who have changed America. The recipient of a Guggenheim fellowship, Ackmann taught a popular seminar on Dickinson at Mount Holyoke College and lives in western Massachusetts.

I Just Watched You've Got Mail for the First Time and You Guys, It's Bad 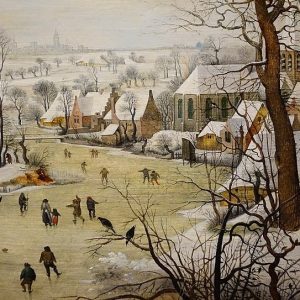 The census is an unusual subject. Pieter Bruegel has painted one of the culminating moments of bureaucratic life. Bureaucracy...
© LitHub
Back to top
Loading Comments...