In 1981, one Washington, DC, bar owner found a unique way to bring in customers. With his new Betamax recorder, he would videotape General Hospital each weekday afternoon. That evening during happy hour he would play the episode on the TVs of the Pierce Street Annex, selling drinks to the after-work crowd eager to follow the events in the fictional Port Charles, New York. Impressed by the turnout, the Annex even began playing back the week’s five episodes on Sundays, turning its “General Hospital marathon” into a daylong event, accompanied by food and, when the episodes ended, live music to keep the party going.

The customers were working women and men, unable to see the soap during the business day, and drawn to a continuing drama featuring adventure, romance, even science fiction, as Luke and Laura, the “supercouple” at the center of the story, sought to stop the bad guys from freezing the world.

The frenzy at the Annex typified the status of the US daytime soap in the early 1980s, with new technologies like VCRs, new social identities like “working women,” and new trends in soap storytelling, like the fantasy-filled exploits of young romantic pairs, helping daytime drama reach an unprecedented peak in profitability, popularity, and cultural legitimacy. By 1984, the networks’ yearly daytime revenues would reach their all-time apex, just shy of $1.25 billion in ad sales. Soaps remained profitable across this decade, but the gradual decline in their earning power from 1984 on would be permanent. Never again would soaps be as lucrative for the networks, or as prominently

placed in the American popular imagination.

In the early 1980s, soaps became common cultural currency. The 1981 wedding of Luke and Laura attracted the largest audience for a daytime soap episode in US television history. A surfeit of media attention to the wedding was paired with a boom in the merchandising of ancillary products such as soap-inspired T-shirts and board games, celebrities declaring their soap fandom, and large groups of college students gathering in communal campus spaces to watch the daily installments.

That audiences beyond the housewife had become so invested in soap opera accorded it a new level of respect, but this respect assumed that 80s soaps were “better” than the daytime dramas of the past; the soaps’ greater cultural legitimacy was dependent on a distancing from their feminized history.

Many of the soaps of this period were different from soaps of earlier eras, although not necessarily in ways that inherently improved their worth. The shifts across the network era, magnified in the early 1980s, help us to see how variable the category of soap opera, and perhaps the ordering concept of genre itself, may be. Multiple dimensions of the programs’ production and funding, their textual features, and their reception practices had changed by the early 80s. Attending to such shifts is more revealing of the programs’ institutional and cultural impact than is a perspective oriented around historical continuities. This is noticeable across soap history but especially so by the 80s.

The pleasures of the ’80s soaps spoke to real desires and needs shared by a wide cross section of the American public.

Daytime soap opera had been long invested in realist drama, but in the 80s many of daytime’s highest-rated serials took a fantastical turn. Not only did action adventure and science fiction plots infiltrate the narratives, but the styles and sensibilities of comedy, music video, and the fairy tale also made appearances. The generic hybridization and broadened audiences of soaps across the 60s and 70s magnified and peaked in the early 80s. But instead of the social and political concerns that had defined so much of the network era soaps, the challenges faced by soap characters in the 80s tended to lack explicit connection to the issues of the day, promising instead a turn away from such matters.

The seeds of the soaps’ cultural and economic decline lay dormant within this moment of unprecedented success, as the network era began its gradual wane and the fantasies on-screen proved as precarious as the daytime profit margins. Imaginings of young, heterosexual supercouples, nearly always white, falling in love against backdrops of pop music as they embarked on great adventures, made for compelling viewing.

But in the world outside the soaps, economic inequalities continued to grow. The women’s liberation movement was being displaced by a “postfeminist” mindset that revalued gender difference now that the imbalances of patriarchy purportedly had been resolved. On-screen, the differences of class or gender between the couples were a source of celebration and fun, not of political protest or personal pain, offering a reassuring reprieve from the incomplete social changes initiated across the 60s and 70s.

However, the troubling realities that had yet to be addressed in American society—not only income inequality and imbalances of gendered power but also exclusions of race and sexual identity—would prove impossible to stave off. The pleasures of the 80s soaps spoke to real desires and needs shared by a wide cross section of the American public. Their ultimately short-lived dominance reveals the tenuousness of the appealing fantasy they offered.

By the late 1970s, all three broadcast networks had become serious competitors in the daytime ratings and the advertising revenue they accrued. Especially notable was the rise of ABC to the position of highest rated in daytime, a steady climb initiated in 1978 and largely dependent on a soap lineup that had not even begun until 1963. As of 1983, ABC Daytime was so lucrative as to be generating 50 percent of the full network’s profits. Even without sustaining its prime-time lead of the previous decade, ABC was the most profitable network in the early 1980s due to its daytime riches.

A 30-second spot on ABC’s GH (the top-rated soap) earned $27,800 while a similar ad on Guiding Light, GH’s time slot competitor on CBS , generated $16,500. ABC’s market value was not just one of overall numbers but of pull among younger demographics, for example, by attracting as many 18- to 49- year-old women as CBS and NBC combined in one quarter of 1983.

Yet the entire industry benefited from the success of ABC and of soaps. Thanks largely to soaps, in 1981 total daytime ad income was up 12 to 15 percent from the previous year, generating 25 percent of all network revenue. The range of soap advertisers expanded as detergents and cooking oils were no longer the top sponsors; dental supplies, over-the-counter medications, makeup, and feminine hygiene products grew in prominence as soaps became a means to reach men, young people, and older adults alongside housewives.

An ad for the Rolling Stones’ latest concert film run during a 1983 episode of General Hospital epitomized this shift. Ad sales executives saw the period as opportune for luring new sponsors of all stripes: smaller companies looking to break into TV and the big game of car manufacturers, long resistant to day schedules.

Soap acting became a highly desired job, a trend that a number of casting directors and soap actors parlayed into the business of soap acting classes.

The influence and economic power of soaps was also visible in other realms. Just as daytime was booming, the tentative experiments with serialization in prime time begun in the 70s turned to fully serialized narratives. Dallas (CBS , 1978–91) embraced serialized storytelling in its third season, peaking in a cliff-hanging final episode in the spring of 1980. By that point, its spin-off, Knots Landing (CBS , 1979–93), was underway and its chief competitor, Dynasty (ABC, 1981–89),was a pilot-in-the-making.

NBC’s Hill Street Blues (1981–87),the “quality” version of the prime-time serialization trend, was also in the works, debuting alongside Dynasty in January 1981.14 In the spring of 1980, Broadcasting declared, “Next season will shower screen with soaps,” referencing these prime-time developments.

The first-run syndication market was also heavily influenced by soaps. In 1982, syndicators marketed at least five soap-themed talk shows. These programs were envisioned as TV versions of the successful soap magazine market, which had grown throughout the 1970s and by the early 1980s touted its younger and more affluent readership. A market for soap-themed merchandise also developed past its earlier burst around Dark Shadows, now licensing novelizations, board games, and clothing, becoming an additional revenue stream for soap producers, a “bonanza,” according to ABC.

The power of ABC’s soap lineup was made especially evident in the lead-up to the 1984 Summer Olympics, to which ABC had the broadcast rights. While it was initially assumed that the network would preempt its soaps for the Los Angeles–based Games, as it was doing for its prime-time schedule, instead the network featured a two-hour interruption in the Olympics coverage each afternoon for shortened versions of its three top-rated dramas. As ABC’s sports sales vice president grimly noted, “It was done for the good of the corporation”; the value of both the ad dollars and the audience loyalty of soaps trumped that of the prestigious, international athletic spectacle.

The profitability of soap opera also led to greater economic investment via production budgets, as well as in promotion and the value of creative workers. ABC was a strong investor in soap promotion, its “Love in the Afternoon” campaign dominating from the mid-1970s through the mid-1980s. The network also innovated a number of call-in services to keep fans involved with its shows. Meanwhile, GH‘s executive producer, Gloria Monty, earned prime-time development deals with ABC and Twentieth Century Fox, while many of that program’s on-screen talent leveraged contract renewals into salaries unprecedented for daytime.

Soap acting became a highly desired job, a trend that a number of casting directors and soap actors parlayed into the business of soap acting classes. Celebrities whose fame had been established in other spheres of media also sought out roles on daytime. Although soap opera did not become a prestigious place to work, it did become lucrative for some and trendy for all during the 1980s peak. 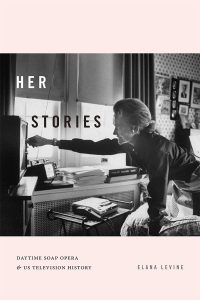 Elana Levine is Professor of Media, Cinema and Digital Studies in the Department of English at the University of Wisconsin–Milwaukee. She is the author of Wallowing in Sex: The New Sexual Culture of 1970s American Television, also published by Duke University Press; editor of Cupcakes, Pinterest, and Ladyporn: Feminized Popular Culture in the Early Twenty-First Century; and coauthor of Legitimating Television: Media Convergence and Cultural Status.

The Neoliberal Misunderstanding of Black Education 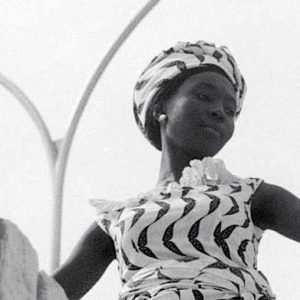 The Neoliberal Misunderstanding of Black Education

I have what my mother calls euphemistically a rebellious spirit. It’s a nice way to describe a child who is not what you expected....
© LitHub
Back to top
Loading Comments...