Elizabeth Tallent on Death, Silence and the Intimacies of Sadness

The summer after I’d moved into his place, when my depression at having been cast out by my family was darkest, I had left for two months on an archaeological survey in Chaco Canyon, New Mexico, no digging, only endless walking and setting up the theodolite and making careful notebook entries, and while in the testing company of the male prof and grad students on the survey I was fine, tirelessly willing to prove myself ballsy, when I returned to his second-floor apartment all I wanted was to fall apart. This I accomplished in slow motion, by means of reading. Within a Budding Grove and The Centaur and Far from the Madding Crowd. The Professor’s House and Ethan Frome and Great Expectations. In the funky thrift-store 1930s armchair by the bay window, curtains drawn against the Illinois August, a rotating fan aimed at my bare feet lolling over the chair’s arm, I sank deeper into motherless, fatherless depression.

One afternoon he startled the apartment by letting himself in early, and when he crossed the room something was wrong—that his body was unharmed, I could tell, once he’d shucked his boots off, from his walk, his usual slightly pugnacious, shoulder-driven walk, though he was broadcasting as much riled-up disturbance as if he’d been in a fight and his sullenness cautioned against my asking Baby, what—? Usually it took him half an hour to wash the tang of chemical smoke from his hair, to scrub the grime from his knuckles and the flecks of ash from the cartilage of his ears, but this afternoon the shower ran and ran, when I stepped over the Carhartts in the hallway and rested my forehead against the bathroom door the same radiation forbade my opening it.

The only death that’s real to me in that bed is the one he’s imagining for himself.

I fumbled through the rest of the evening attempting not to transgress against the privacy he required, when we got into bed I understood the potential offensiveness of reaching to touch him, though to have to remain ignorant of the cause of his disturbance confused me. In a dream I heard a dog barking outside our front door, snarl-clotted barks; unsure whether to open the door, I woke; he was crying, and the dread suffusing my dream was relieved, tears must mean he was done holding in whatever it was. Possibly for the first time ever I longed for us to be restored to a previous version of ourselves, for the first time I grasped what it might mean to fall from grace as lovers, and pointless, selfish fear overcame me, though he couldn’t have known I was failing to honor his tears with the empathetic pity he would have shown if it had been me blurting out sobs. Trembling. If it had been me trembling, his arms would have gone around me instantly. Oh no, I said, oh no, baby, what is it? What is it?

Because it seemed wrong to try to touch the face he had hidden in his forearms, I instead touched the stain on his pillow, to make his tears more real—it was as if, though he was inches away with wetness streaming down his face, I still somehow did not quite believe him capable of crying—and he started talking at last. He told me they’d been working on a downtown building twelve stories high, at 102 degrees that roof is Venus, from below a steady scorch rising through the soles of their boots, overhead a hazed-over lens of shrunken sun. In the white glare depth tended to vanish, you had to set your boots down precisely in the sweltering two-dimensional world you found yourself treading, had to blink sweat from your eyes as hallucinatory hard-hatted figures passed back and forth through caustic drifts of tar smoke—and this guy, this one guy just kept walking, walked right off the roof, barely time to think He’s gone before, my husband said, insides of his wrists pressed against eyelids, before his friend, his friend who’s like a few feet away goes after him, goes after him over the edge. Walks right off it.

No. That word is mine.

We go to the edge, we stand there, someone’s saying their names, I didn’t even know their names.

After a while: Thinks he can help him.

After another while: Thinks he can help him.

He stops there, and I’m sorry. I don’t know what’s stopped him when this, it seems, is the utterance he needs to rehearse over and over in the monotone of shock, to get a look at the intolerable event briefly pinned to reality by the plainest of words. I try to hide how unreal those two deaths are to me. No, not unreal. It’s just I can’t make them matter. I’m scared at not being able to make them matter. Scared, too, that he’ll be able to tell I’m not with him. But those deaths might as well have taken place on another planet. The only death that’s real to me in that bed is the one he’s imagining for himself, walking off that edge because he, too, inclines to thoughtless rushing-after, because he’s always known he needs to help. 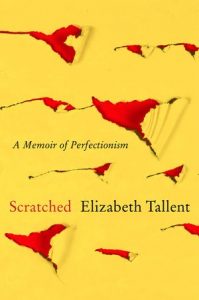 Elizabeth Tallent, author of a novel and four story collections, has appeared in The Threepenny Review, The Paris Review, The New Yorker, Tin House, and ZYZZYVA as well as in the Best American Short Stories, Best American Essays, O. Henry Prize, and Pushcart Prize award anthologies. She teaches in Stanford’s Creative Writing Program and lives with her wife, an antiques dealer, on the Mendocino Coast.

A Call to Action for the Large, Cacophonous Mess That is the Democratic Party 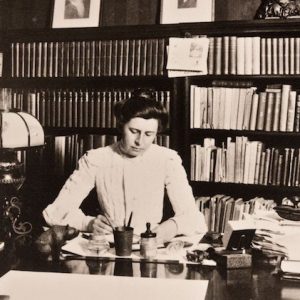 In the summer of 1901, Ida Tarbell stood on the breezy steamer deck and watched the Atlantic swell. She was 42. Part of her was surprised...
© LitHub
Back to top
Loading Comments...