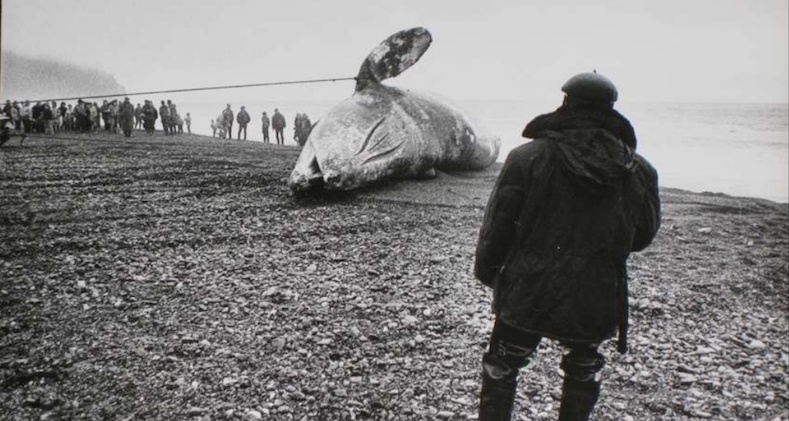 Have We Lost Our Awe of the Flourishing Arctic?

Yuri Rytkheu was born in 1930 in Uelen, a small town on a long, narrow barrier spit perched between a lagoon and the Bering Sea. The northeastern coast of Chukotka is raw, cold, and remote, though it’s only 61 miles across the ocean to Wales, Alaska. On both the Russian and American sides, life has been dedicated to bowhead whale hunting for thousands of years.

In those places the whale is at the center of existence, nutritionally and spiritually. The animals are hunted from traditional walrus hide boats in dangerous spring ice and after, celebrations, clearing out of meat storehouses, and sacred dances are performed in the qasiq (dance hall) as an expression of gratitude when a whale has given itself to a hunting crew.

Yuri was the son of a hunter and the grandson of a local shaman. He earned money for university out on the ice and on the sea as a stevedore. He witnessed the decline of traditional lifeways and the ways that both communism and an open market economy dismembered the cultural threads that held a subsistence hunting society together. He remembered “whale temples”—colonnades of whale jaws and ribs lining the shores of the peninsula. He remembered the fickle currents and winds that quickly moved pack ice and brought migrating whales nearby.

He remembered stories of the epidemics brought by European whalers that eviscerated whole villages, and the over-harvesting of whales and walruses by outsiders for profit in the midst of subsistence hunting territory. He understood that as soon as you have to leave the village to work for a wage, traditional culture falls apart. He understood the

necessity of holding the whole culture in your mind and heart, that if you don’t, the center won’t hold.

When the Whales Leave is a spare, three-part, generation-spanning novel that begins in what Arctic people call “ancestor times”: when animal-human transformations were common; when time and lifespans were elastic; when the world was densely populated not with humans, but with stars, mountains, ice floes, animals, birds, fish, plants, rocks; when personhood was observable everywhere.

Nau is a young woman who falls in love with a whale who, smitten with love, becomes a man so he can live with her. She is a perpetrator of and participant in the creation of earth, and she helps people it. Passing whales beckon her, she feels an irresistible tug, one that is urgent and sexual, and after falling in love with Reu, the whale-man, she gives birth to whale-children, nurses them at the shore, and later is the mother of human children.

Self-discipline, perseverance, modesty, and generosity are the necessary survival tools in a harsh world that is light for six months and dark for the other six.

Reu provides for them—not whale meat but caribou. As the children grow, Nau becomes First Mother, dispensing wisdom and admonitions, then an elderly pest who bums around the village staying with whoever will let her in.

When the son who questions his mother’s creation story is lost with his whaling crew in bad ice and faces certain death, he is astonished when whales rescue them and bring them ashore. Another son becomes curious and takes others with him on a long journey to see the world, a trip that takes nearly a lifetime. The next generation stays at home but questions the usefulness of traditional lifeways and the veracity of the legends Nau tells him. And on it goes, a tracery of the vertiginous fall from tradition, from moral rectitude and its consequences.

Yuri lived the fall: this novel is a tribute to the relevance of the old ways that have been trampled and disposed of. The scale is intimate and concise—almost translucent—befitting the language of those who recount legends. He follows the downward spiral from respect for the power of the natural world, modesty in front of the weather, and group effort, to the generational shift that produced, finally, a vain bully and gloating brute whose final murderous acts kill the long-lasting First Mother, Nau.

It is an old story and a modern story, and above all, a cautionary tale. Though originally published in 1975, it is evermore relevant today. Yuri’s Chukchi name “Rytgev,” means “forgotten.” It’s hard to know the sense behind it, but in my mind, his name has come to stand for the hard-won and thoughtful way Arctic people behave and the dismissive way in which they are regarded in the modern world. I know because I’ve traveled with subsistence Inuit hunters in Greenland by dogsled for 25 years.

Arctic people evolved with ice. For them, weather is consciousness. Self-discipline, perseverance, modesty, and generosity are the necessary survival tools in a harsh world that is light for six months and dark for the other six, where death comes easily and often, where chance and transience and a robust humor are vital to how they live in the world.

So much of that 30,000-year-old Arctic culture has been desecrated culturally as well as biologically, even as our anthropocentric trajectory toward extinction escalates. It must have been heartbreaking for Yuri, who died in 2008. To stem those losses, urgently felt in his St. Petersburg home, the novel stands as a renewal of faith in his Chukotka homeland. It is a song that celebrates, illuminates, warns, and finally exposes what were once the moral principles of village life that were traded down for the furious power-mongering and “me-ism” of today.

Every element of When the Whales Leave is based on legends that have been carried from the northeastern coast of Siberia across the Bering land bridge all the way to Greenland—from Vankarem to Siorapaluk—and are still told today. The migration trail of indigenous people across the polar north took them to the top of Alaska, through the MacKenzie Delta, the archipelago of Nunavut, then across the Smith Sound to Etah, Greenland—a well-used route taken by dogsled that is now callously referred to as the “Northwest Passage.”

Shamans who were tied up facing the wall of a house were able to fly through sod, ice, and mountains; heal the sick; and find lost things.

Yuri Rytkheu applied to the prestigious Institute of the Peoples of the North and when he failed to get in, he studied literature at Leningrad State University (now Saint Petersburg State University). St. Petersburg is famous for ethnography and Yuri was fascinated by the ethnographic efforts of Vladimir “Tan” Bogoraz, who died when Yuri was six, plus the traditional ecological knowledge imparted to him by his own family.

In Arctic literature there are hundreds of creation stories, and charmingly, Yuri composed his own. The woman, Nau, existed; the power of love caused a whale to become human, and the desire to communicate resulted in the birth of language. “It was through me that land and the sea joined, through my body that human beings were born,” Nau says. Ageless, Nau becomes a Greek chorus of one: witnessing, celebrating, dispensing wisdom and warnings, whether or not anyone listens. Ordinary and wise, she is central and peripheral at the same time, and, roaming from house to house, she sees all.

“Whales have ears and are like people,” one old woman said. In the old days differences between humans and animals were porous and permeable. Across the polar north it was known that whales and bears could understand what humans said, that any animal could marry any human and vice versa: a chief ’s son married a bear, a girl eaten by wolves becomes a caribou, a hunter is lured by a woman who turns out to be a night owl, a seal’s soul is revealed inside a dancer’s mask, the soul of an animal killed its killer because it was not cut up tenderly.

Tales of world journeys were common. People were said to take off and stay gone for lifetimes. They left young and came back unrecognizably old. Shamans who were tied up facing the wall of a house were able to fly through sod, ice, and mountains; heal the sick; and find lost things.

Time had no chronological scaffold: no one was keeping time, nor did they seem to notice gravity. Everything was alive, and there was an uncanny liveliness in people’s sense of themselves.

A few weeks ago, I spent time on a remote barrier island 25 miles off the coast of Utqiagvik and I couldn’t help thinking of Uelen. How quickly its borders are eroding, intruded upon by raging Arctic seas that, without the calming lid of ice, have become dark and violent heat sinks. Villagers, seabirds, polar bears, seals, and walruses are compelled to find new places to live as sea ice disappears, and the very bits of land—barrier islands and long spits of stone, gravel, and sand—will soon be washed away by rising waters.

Those who have failed to consider the whole, the health of language and lifeways as well as biological diversity, and who have strived solely for profit are now reaping the consequences as land and sea ice are pulled out from under us all. How lucky we are to have Yuri Rytkheu’s transcendent work of literature. May it save our lives. 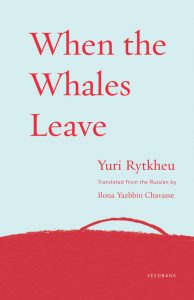 Gretel Ehrlich is the author of This Cold Heaven, The Future of Ice, Heart Mountain, Facing the Wave, and The Solace of Open Spaces, among other works of nonfiction, fiction, and poetry. Ehrlich studied at Bennington College and UCLA film school. She lives in Wyoming. 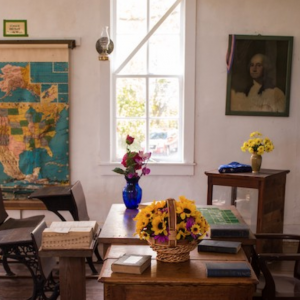 For high school teachers, hope isn’t an abstraction—it is a daily necessity. It doesn’t take long for engaged teachers...
© LitHub
Back to top
Loading Comments...