The Lit Hub/10 Things I Hate About You crossover of your dreams: 50 iconic literary cameos in 90s movies • “Time is different for us in the tropics.” On the iconic first line of One Hundred Years of Solitude • “I still love the book. It’s a book I can’t defend, and a book I can’t renounce.” Eula Biss reflects on her book a decade after publication • On Lois Weber, the woman who was once the highest-paid director in Hollywood • On David Foster Wallace’s obsession with failure • Lucy Schiller on how to free yourself from the “walking essay” • Daniel Immerwahr on the erasure of American “territories” from U.S. History • There once was a tiger that killed over 400 people! • Margaret Verble on deciphering her convoluted family history and finding Cherokee America • Valeria Luiselli talks freedom, first love, and Mayan ruins • Simpler times: Janet Malcolm at the Rally to Restore Sanity • The best fiction of anxiety • Going deep into the Canadian subarctic for research • The return of Lit Hub Recommends! • Yewande Omotoso on what to do when you’re mistaken for another writer • How worried about virtual reality should we be? • How Louisa May Alcott landed on the front lines of the Civil War • Ahead of the Oscars, Ben Rybeck previews the Best Adapted Screenplay nominees: A Star is Born; Blackkklansman; Can You Ever Forgive Me?; If Beale Street Could Talk; and The Ballad of Buster Scruggs andJames Tate Hill on six audio books to get you through the Oscars

Subscribe to the new Book Marks Bulletin for reviews, news, pre-publication giveaways, and more! “I broke the unspoken law of the subway and started talking to people”: an interview with Subway Book Review creator Uli Beutter Cohen • The Book of Delights author Ross Gay on 5 books that delight him, from Hilton Als’ White Girls to Nell Irvin Painter’s Old in Art School • “To be prized as a specimen of the powers of the Black Race, which prejudice persists in disputing”: an 1845 review of Narrative of the Life of Frederick Douglass • Valeria Luiselli’s Lost Children Archive: Oxygen-starved OR driven by fierce intelligence? • Don Winslow’s drug-war trilogy, David Wallace Wells’ climate change prophecy, and more of the Book  Reviews You Need to Read This Week • A Trumpian dystopia, investigations into Chernobyl and the U.S. Empire, and Janet Malcolm’s essays all feature among the Best Reviewed Books of the Week

Michael Gonzales on Chester Himes’ long out-of-print classic “Run Man Run,” a gritty dive into mid-century prejudice in New York City • Sophie Hannah recommends 15 thrillers that will upend everything you thought you knew • Neil Nyren guides us through the many racetrack mysteries of jockey-turned-author Dick Francis  • Stephen Mack Jones talks crime writing, justice, and Detroit with Dwyer Murphy •  Lee Goldberg on how to write thrillers when crime fiction keeps becoming reality • Get your fix of all things international in our monthly roundup of the best new global mysteries • February’s most gripping debuts • Travel from Paris to the South of France with these 9 mysteries • American presidents can’t stop reading thrillers, just like us • The best new thrillers to hit shelves this February • Lucy Foley’s innovative take on the classic whodunit • “A crime like this is vanishingly rare in real life, so why has it become so endemic in fiction?” Cara Hunter on the trope of the cellar captive • Paul French guides us through Johannesburg’s thriving crime writing scene • Attorney and crime writer James Grippando guides us through a half-century of lawyers in literature 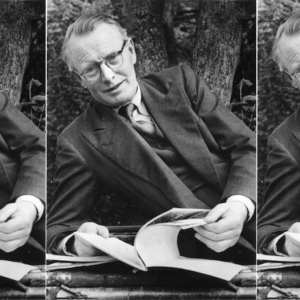 “There’s a compartment for everything, even heroes.” Yewande Omotoso on what to do when you're mistaken for another...
© LitHub
Back to top