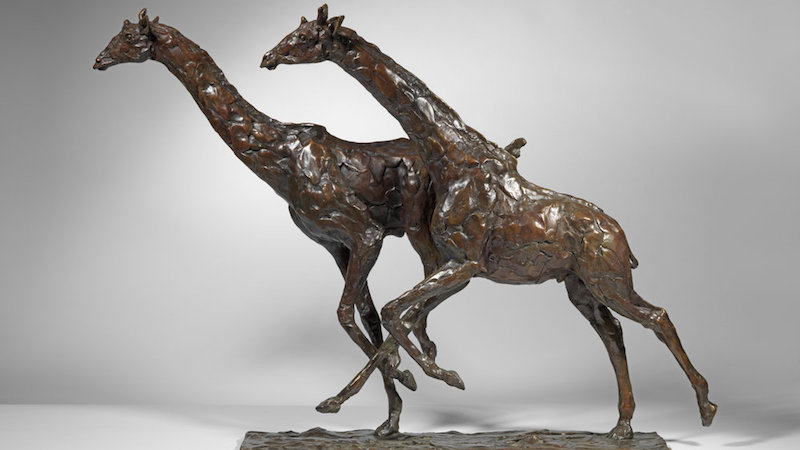 The Epidemic of Thinking There’s Only One African Writer

Yewande Omotoso on the Inability to See Beyond Categories

On a tour to promote my second novel, The Woman Next Door, I attended the Virginia Festival for the Book in Charlottesville. It was the first of several events and remains memorable. I was on a panel with Okey Ndibe and Roye Okupe. Jeffery Renard Allen was tasked with chatting to us under the rather troublesome banner “Perspectives from Africa.” It’s a cringe heading. Thankfully Allen simply had us speak about our books. And so the discussion was faithful to the title only in so much that we, there sitting, were all from Africa, and I suppose you could say we were sharing perspectives. I wondered how necessary it was, though, to draw attention to our Africanness.

The blurb under the heading hinted that we would be speaking about how Africa influenced our writing. A further suggestion that left me hollow. Why were we required to explain our work exclusively on the basis of one aspect of our identity. With a directive like that the talk itself seemed unnecessary—the organizers had answered their own question.

After the discussion it was now time for questions. A man, third row from the front put his hand up, his question was for me. He spoke and it took a few seconds to really understand what he was saying or rather it took me a few seconds to assure myself that what he was asking was really what he was asking. He, a middle-aged white man had bought a ticket and attended our talk, he’d listened to us give our African Perspectives, and now here he was informing me that he owned a wooden giraffe apparently from Kenya. Could I, the man appealed in a most earnest tone, help by explaining more to him about his giraffe.

He looked pained and desperate, as if he’d been searching for years. The only thing he didn’t do was take said giraffe out of his backpack and offer it for up-close inspection. Gratifyingly the room was stunned into silence, later a few attendants, American and white, would come up to me to apologize, their faces bright with embarrassment. But before all that there was silence and it dawned on me as the gentleman waited patiently that I really would be required to answer.

I wondered if the man had heard a word I’d said. Could he see anything other than my type and by that I don’t mean down-with-it folk proclaiming how they don’t see race (please, no); I mean could he see more of me than just race. To the guy in the third row, a bona fide African had crossed his path and he could finally get his giraffe question answered once and for all. In just a few seconds I understood that I could either overtly make a fool of him, embarrass him, find some snappy way to take him down for his ignorance and prejudice or (considering having been raised by a deeply gracious mother) a calmness prevailed as I understood that he had already made a fool of himself, nothing more was required on my part than to answer with the same degree of earnestness with which the question had been posed.

“I’m not really able to answer,” I said. “You see, I’m Nigerian and South African and what’s more I’m a writer and an architect but I hold almost no useful knowledge as to the practices of the wood-carving communities in Kenya.” Someone may have sniggered. I held a straight face, it wasn’t difficult. I wasn’t trying to jibe him. I was merely answering his question at face value. The annoyance of just a few seconds ago, the anger and indignation had vanished. The man nodded, my answer was fair to him it seemed. After the questions were done he came with his wife and I signed the book they had bought. Good luck with the giraffe-problem, I ought to have written.

Of course mistaken identity plagues everyone in some way or other. And perhaps a cure for mine is to write stuff that is instantly recognizable.

My encounter with giraffe-man was an extreme case of a common phenomenon: how we file people away into compartments, we don’t know how to see, we see what suits our picture and elide what doesn’t match. In this way we avoid confrontation with ourselves, we avoid confusion and really we avoid knowledge. Mr. Giraffe saw that I was black and he’d heeded the problematic promise of the talk. “An African!” his mind had gone, having been plagued by the giraffe-problem all these years. “At last an African!”

Nowhere does this compartmentalism rear its giraffe head as on the literary landscapes. On that tour of which Charlottesville was the first stop, people often within seconds of observing me (correctly) as a black woman and on hearing I write novels mentioned acclaimed author Chimamanda Ngozi Adichie, assuming I loved her work. If I answered that I was familiar with and a reader of Adichie’s work I could not bring any nuance to my opinions and of course if I said I didn’t know of her at all I was looked at askance. I agree, anyone in this day and age that hasn’t heard of Adichie ought to scramble out from beneath their rock but for me the side-eye meant more than that. It seemed to be laced with judgement, how can you: black female and writing not look to this particular writer for inspiration and guidance. Of course they won’t have heard of Bessie Head or Ama Ata Aidoo, Buchi Emecheta, or Mariama Ba. There’s a compartment for everything, even heroes.

The epidemic of only being able to keep one African writer in mind at a time has struck me twice before at festivals on the African continent, once when I was mistaken for Taiye Selasi and another Tsitsi Dangaremgba. My ego nursed only by the oft-mentioned fable where Wole Soyinka was approached while at a gathering in London. The fan, starry-eyed with wonder, gushed and gushed about his masterpiece—Things Fall Apart. If a Noble Laureate can be mistaken for his equally revered peer then I can survive such embarrassing occasions.

Just the other day at a family gathering a distant relative’s mother assured me she’d been reading my books. One in particular, she said, struggling to find the title but all I needed was one word to help her along. “Half… half something,” she said. “Half of a Yellow Sun?” I offered. “That’s it,” she said. I contemplated leaving her with the fabulous illusion that I was the great Adichie herself. Instead I quietly mentioned that it wasn’t mine though I was familiar with the work and then, keen to rescue the poor woman from the awkwardness that was descending, I hurriedly asked what she’d thought of it.

Of course mistaken identity plagues everyone in some way or other. And perhaps a cure for mine is to write stuff that is instantly recognizable. Except that’s the problem, my very lineage almost guarantees that I will never possess this talent. I belong and am outside of three nations, Barbados, the island of my birth and my late-mother’s home; Nigeria, the land of my childhood, the land of my ghost-language, Yoruba, and my father’s home; and South Africa, the land of my adult years, the land of 11 official languages, 90 percent of which I do not speak and my own home. I have the wonderful tortured fortune of belonging to all three and none.

At a time when I feel what is expected of me as an African author is to signal and frame my typology, me and my books remain without type; what I write will never be instantly recognizable. A reader once chastised me saying they couldn’t work out whether Hortensia, the protagonist in The Woman Next Door, was black or not till a few pages in. Another reader, more in admiration, mused that despite the Yoruba name on the cover she couldn’t work out who the author of the book she was reading was, from where, speaking what language, living in which town.

I would like to be able to write these kinds of books, to believe that there are readers who are happy to look not only within the margins for story but also beyond. Someone who buys my book for African Perspectives would most likely be disappointed. What they will find in the pages will simply be story, meandering and difficult to pin down. I’ve despaired enough times to have this as my writerly fate. I’ve longed to exist in the center of Place, to have deep insight and access to zeitgeist. I may well learn, I probably ought to, it’ll make me a better writer. But in the meanwhile I will apply everything I have to write the marginal stories that come.

Recently, in the midst of feeling utterly lost in my creative project, I received an invitation to contribute to an essay anthology. Of my work the academic at the helm wrote: “…she often describes feelings and subjects that seem eccentric, deviant or impossible.” I was filled with gratitude. She’d managed to succinctly capture what I’d always struggled to name. Never in place, always out. Impossible. And so maybe our friend with the giraffe-problem is okay in the end. He looked at me and thought way beyond the margins of a book festival; he looked and said to himself—now there’s a woman who probably knows something about animal carvings.

The Unlikely Friendship Between a Philosopher and an Empress

6 Audio Books to Get You Through the Oscars 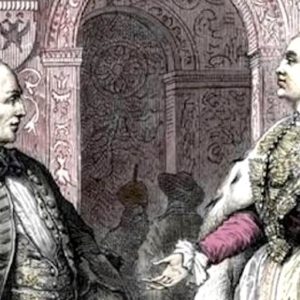 The Unlikely Friendship Between a Philosopher and an Empress

A much-awaited carriage carrying the philosopher Denis Diderot arrived in Saint Petersburg. His initial welcome, unhappily,...
© LitHub
Back to top