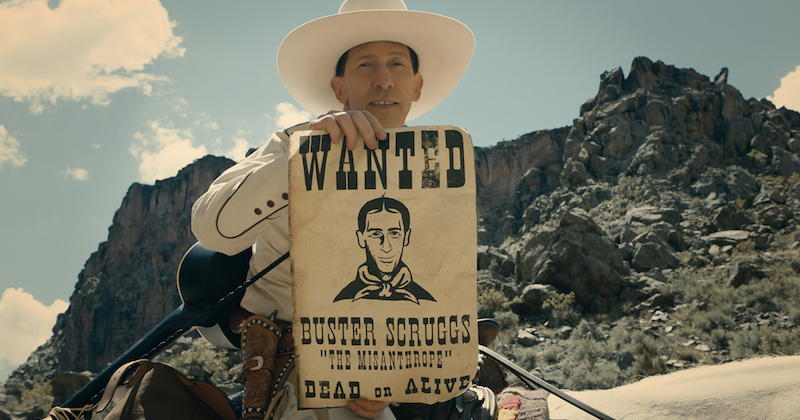 This year’s Best Adapted Screenplay Oscar race contains two filmmakers who have survived in this business longer than nearly anyone manages to: Spike Lee and the Coen brothers. Sorry, not two filmmakers; three. It’s tough after all this time to separate the Coens, Joel and Ethan, once referred to as the “two-headed director.” One of them writes short stories; the other one is married to Frances McDormand. Apart from those things—and the fact that, in interviews, one (Joel) tends to talk more than the other (Ethan)—I’m hard pressed to tell you the exact difference between them. (Oh, I’m also pretty sure there’s a slight age difference between them, but I’m not gonna bother to fact check that, because what does it really matter?)

Both Lee and the Coens began their careers in the mid-1980s, crested for a time (late-80s through late-90s), made some mid-career masterpieces that were initially underrated (for Lee, 25th Hour; for the Coens, The Big Lebowski), endured a fallow period (for Lee, this included Inside Man; for the Coens, it included The Ladykillers and Intolerable Cruelty, films so bad it seemed, at the time, impossible they could ever bounce back), and then entered a stately late-career boom, though the Coens’ came a little earlier than Lee’s, with No Country for Old Men, probably the best film they’ve ever made (though these days I also feel compelled to make a case for Inside Llewyn Davis, another late-career masterwork).

The Coens have always had a somewhat squirrelly relationship with adaptation, in part because they’re inveterate jokesters and cribbers of texts. Blood Simple, Miller’s Crossing, and The Big Lebowski are detective films (yes, Lebowski is absolutely a detective film) that feel like adaptations of 40s- and 50s-era pulp novels. Fargo claims, erroneously, to be based on a true story. Inside Llewyn Davis cribs from an entire world of 60s folk music and seems to be based on the story of one almost-was in particular. A Serious Man positions itself as a retelling of a Jewish folk tale. Their two proper adaptations, O Brother Where Art Thou? (Homer, The Odyssey) and No Country for Old Men (Cormac McCarthy), feel decidedly irreverent. Even in the latter, though they hew fairly closely to the text, one feels like they’d abandon it at any moment if it suited them. Source material, for the Coens, seems to be picked based on how much they can Coen-ize it. Even with No Country for Old Men, they pull off the trick of making McCarthy’s dialogue (largely used verbatim in the film) feel like the work of the brothers.

Take only so much as you can afford to have taken from you, and if you don’t get too greedy, you’ll probably wind up fine.

Their Western anthology film, The Ballad of Buster Scruggs, pulls off a similar trick in one of its tales, “All Gold Canyon,” an adaptation of a short story by Jack London. London’s adventure story, about an old gold miner all alone and facing nature (and one flesh-and-blood foe) consists of him narrating out loud and calling the underground gold he’s hunting “Mr. Pocket,” which feels like Coen brothers dialogue but is actually taken directly from London. Likewise, when the old man calls an enemy a “measly skunk” over and over again. The Coens have added one significant change: a moment when the old man is caught by an owl trying to steal its eggs. Feeling guilt, he puts all but one egg back, taking what he believes to be his fair share. The owl keeps surreal watch over him through the rest of the segment, and when the old man is shot by a wannabe thief, it seems like some weird spiritual revenge against his own relatively mild thieving.

But he is spared, only hurt (the bullet hits nothing important), and one senses the Coens working out a metaphysical balance not uncommon to their films: take only so much as you can afford to have taken from you, and if you don’t get too greedy, you’ll probably wind up fine. Their greatest films, including Fargo and No Country for Old Men and Inside Llewyn Davis have always concerned themselves with moments like this, where fairness and steadiness yield some kind of grace.

At least, I don’t think the owl egg scene is in London’s short story. Let me level with you: I really only skimmed this one. It’s a minor work, and reading it in the one spot where I could find it—a rickety webpage on a site called The Literature Network—felt a little too undergrad-lit-class-y for my tastes; at least in only skimming the source material, which I know is also undergrad-lit-class-y, I can at least claim kinship with the Coens’ ethos of adaptation, which can feel equally skim-y.

The other story in this anthology film that’s a direct adaptation is “The Gal Who Got Rattled,” adapted from a Stewart Edward White story called “The Girl Who Got Rattled” (emphasis mine and mine alone). This one is a dreadfully misogynistic short story, full of equally dreadful stereotypes about indigenous people, and I couldn’t get through it. Kudos to Matthew Dessem at Slate, who did presumably get through it and wrote this helpful primer. But sometimes life feels too short.

“The Girl/Gal Who Got Rattled” tells the story of a woman setting off for Oregon on the trail, with a party of travelers. The woman outwardly needs men to protect her from financial destitution and indigenous tribes. This tale eventually turns on an ironic finale in which she winds up committing suicide quite intentionally but needlessly. (Sherwood Anderson ended some of his best stories with this kind of move as well, but I digress…) Anyway, if one goes far into the adventure fiction of the past, reading authors like John Buchan and H. Rider Haggard (which I don’t really recommend), one finds a lot of bad. You can imagine how the Coens might take this story and turn it into a flinty rebuke of the era, whereas the original may be a little, well, rattled in its thinking to contemporary audiences.

You may have guessed by now: The Ballad of Buster Scruggs isn’t really an adaptation in the same way as the other films in this category. For all I know, the other four stories in the anthology are based on original works by the Coen brothers. This may sound weird, but sometimes copyright issues get wrapped up in this category. Before Midnight was considered an adapted screenplay, even though Linklater was working from characters he created, albeit in an earlier film; ditto, Whiplash. Yes, there’s some adaptation in The Ballad of Buster Scruggs, but this one seems to have mostly sneaked in on a technicality.

The Coens are playing some tricks here.

Yet the Coens, scamps they are, lean into this notion on adaptation by framing the entire film as a book. The first thing you see is a cover, and then the cover opens, and each of the six stories are bookended by beginning and ending text on a page. Like many of the Coens’ films, it feels like a literary adaptation, even when it’s not. The “book” is not credited to any one other; rather, it’s presented as a compendium of adventure tales. The text that introduces and concludes “All Gold Canyon” is pulled directly from London, but not credited to him. The text around “The Gal Who Got Rattled” bears no resemblance to White. The Coens are playing some tricks here.

I have not written much here about the movie itself—especially when compared to some of my other Oscar pieces—but mostly because I think the movie is self-evidently terrific, in the way I find many Coen brothers movies self-evidently terrific, but only on a second viewing. Rare filmmakers have earned the right to assume you’ll give their films a second glance if the first one leaves you wanting. Spike Lee is one of them. Barry Jenkins seems on his way. (Not in this category this year, but I’d add Paul Thomas Anderson and Lynne Ramsay to this list, and then stop there, realizing how incomplete any list like this becomes very quickly.)

The Buster Scruggs story that struck me most on a second viewing was its final story, “The Mortal Remains,” about five mysterious travelers: two men, metaphysical bounty hunters, shepherding three strangers on a strange journey. They ride a coach that may be driven by Death. It’s clear there’s something supernatural afoot and the mysterious men are taking the strangers to the afterlife. It becomes a story about stories, as the five travelers take turns summing up what they think the nature of humanity to be. There are two kinds of people in the world, they all seem to agree, but they disagree on what the two kinds are. It’s a static story, dialogue-driven, with nothing flashy cinematically; even the one visual effect—an ambient light that changes color dramatically midway through—feels more theatrical than anything.

By the end of it, one of the men discusses his work as a bounty hunter. This character, named Thigpen, talks about how he distracts his prey with stories while his partner “thumps” them. He talks about how people like to hear stories about people who are “us, but not us,” and he confesses that he likes “looking into their eyes as they try to make sense of it”—make sense, that is, of how the story has turned dangerous, threatening. One of the passengers asks if the prey ever does, in fact, make sense of it. Thigpen’s reply: “How would I know? I’m only watching.”

I can’t help but think that the entire project of writing about adaptation is a bit like this—like looking into someone else’s work, someone else’s eyes, as they try to make sense of something. Or am I stretching a bit here? How could any of these filmmakers know what was in the hearts of the artists whose work they’re adapting? How can I—or anyone else—presume to know this either? It’s guesswork, after all, the way people really respond to stories, adapted or not. And when adapting somebody else’s work, how could we ever know if they’ve gotten it right—or made sense of it? After all, we’re only watching. 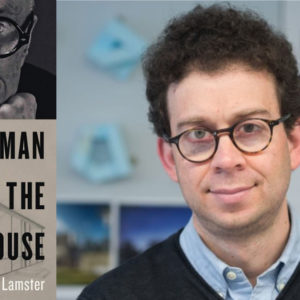