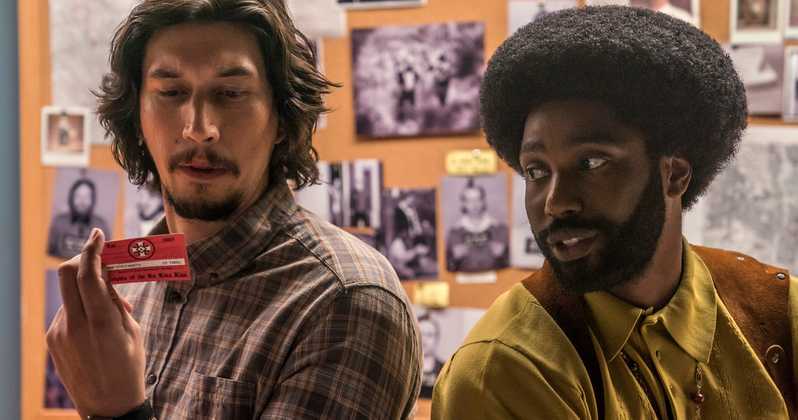 It’s sad and shocking to realize how little has changed since Spike Lee made Do the Right Thing, his 1989 breakthrough, and also the least ambiguous ambiguous film ever made. That masterpiece derives its power, weirdly enough, from its lack of ambiguity. Sure, we all remember the vast cast of characters over the course of one hot day in Brooklyn—the black community, the Italian-Americans, the white cops, etc.—and how the film seems to point the finger for racial injustice in a lot of different directions. White viewers (like me) are given out after out, made to feel better about themselves (Look—everyone is bad sometimes!). But then Lee, unforgettably, gives us no more outs as soon as the cops put Radio Raheem in that chokehold and . . . well, we all know what follows. By the end of the movie, Lee has given us two quotations—two choices—to consider: one from Martin Luther King, Jr. (against violence); and one from Malcolm X (in favor of violence as self-defense). Crucially, both quotations are primarily concerned with power, and the way oppressors wield it. So who are the oppressors? Lee seems to think there’s ambiguity in how to respond to oppression, but there’s no doubt left about who’s to blame.

BlacKkKlansman is another great “fuck you” movie. In it, Ron Stallworth, the first black police officer in Colorado Springs, infiltrates the Ku Klux Klan. It’s pretty easy, really; he just gets in touch from a newspaper ad. Soon, he’s fooling David Duke on the phone (pretending to be white—the second film of the year, after Sorry to Bother You, that takes “white voice” as a main subject and joke), while his partner, Flip Zimmerman, plays Stallworth during face-to-face meetings with local Klansmen. There’s comedy (the racists are so stupid), there’s romance (Stallworth’s relationship with a black activist student, Patrice), there’s action (a racially-motivated bombing that goes awry), and there’s heroism (not only do they stop cross-burnings and stall the Klan, the good cops also root out a bad cop in their ranks). All your Obama-era, post-racism feelers feel real good. Maybe beating racists isn’t so hard after all? Why shouldn’t we get a cinematic victory lap? And you feel good for, like, one minute, because then . . .

Well, let me back up. Lee and three other writers (Kevin Willmott, David Rabinowitz, and Charlie Wachtel—although forgive me if I credit most of this movie to Lee: with a director so distinctive, it’s hard not to) adapt this story from Black Klansman, Stallworth’s own memoir. The plot outline is mostly the same, but the memoir’s tone is formal. Stallworth is not really a literary writer, nor is he trying to be; he knows he has a unique story and wants to tell it simply. He writes that this case “was going to be different, to say the least.” When surprised, he writes, “I was dumbfounded to say the least.” When he was angry, he tells us he was angry. He does not really embody action but simply narrates it. He begins the book by telling us that his investigation convinced him that “we would, in fact, overcome [racists],” and at the end, he’s rightly proud that “no parent of a black or other minority child, or any child for that matter, had to explain why an eighteen-foot cross was seen burning at this or that location.” In between, there is a lot of very good policework, as Stallworth and his team work their leads and their sources in a calm fashion, while enjoying moments of levity at how fucking stupid all these racists actually are (“It was as if Dennis the Menace were running a hate group”).

Even for a work of adaptation, BlacKkKlansman takes a lot of liberties.

Whatever you want to say about Spike Lee, he is not a director with a flat affect. He takes Stallworth’s basic story and smashes his way into it (starting with that title, adding the extra “k” to make sure you never, ever forget BlacKkKlansman). Stallworth, relatively untouched by racism or activist politics (in both book and movie), gets from Lee a girlfriend who is the exact opposite (she’s not in the book at all). Lee condenses several cops helping Stallworth into one character, Flip Zimmerman, who is Jewish (in the book, the closest guy—Chuck—is not Jewish and is really just a supporting character); this gives the cinematic Stallworth a great sidekick, a must for all good movie cops. As Zimmerman infiltrates the Klan, playing Stallworth, there’s no shortage of tension—heightened by one very suspicious, very angry racist—but in the book, save for one moment involving a crumpled paper application, the Klan is about as chill as you can expect a group of frightening white supremacists to be.

By the end, Lee’s characters are foiling a bombing (not in the book) and getting the last laugh on David Duke when Stallworth reveals that he’s been black the whole time (again, not in the book—although one scene midway through, involving the pronunciation of the word “are,” sets up the cinematic payoff). Also, that bad cop foiled by the good cops? Not in the book—except in the form of a fairly bureaucratic, opportunistic cop with the not-very-dramatic name “Officer Ed,” who’s never foiled at much of anything. Not to say there’s no tension and drama in the book—racism is everywhere, and an entire last sequence involving Stallworth protecting David Duke on a visit to Colorado Springs is, shockingly enough, factual—but Lee has done a lot of work to make Black Klansman one of his “joints.”

Lee loves “buoy” scenes—moments that his films seem to move toward and then away from. Think of Do the Right Thing, and the moment when the movie stops so the characters can deliver racial epithets directly into the camera. Think of 25th

Hour, when Monty Brogan stumbles, Holden Caulfield-like, across the words “fuck you” written on a mirror in a bar bathroom and launches into a monologue, directly to the camera (sensing a theme here?), about the “evils” of New York.

BlacKkKlansman has two such moments: The first comes when Stallworth goes undercover at a speech by activist Kwame Ture and finds himself connected, possibly for the first time in his life, to his own heritage. (Stallworth’s book contains this scene, but Lee transforms it: in the film, he meets his girlfriend, but in the book, he merely gets chatted up by a woman with a German accent.)

The second moment, mostly invented by Lee, intercuts a long description of a lynching with the Klansmen watching The Birth of a Nation. (D.W. Griffith’s film features heavily in the book as well—the Klan is always talking about it—but in a more diffuse way, and without Lee’s focus.) Interestingly, Lee makes zero use of one of Stallworth’s more ambiguous sequences when, near the end of the memoir, Stallworth guards Civil Rights hero Dr. Ralph David Abernathy on a trip to a Baptist church to protest the conviction of a fifteen-year-old African American murderer as an adult—a protest that Stallworth sees as bogus because, to his mind, race was not a factor in this murder or conviction, just cold-bloodedness. Stallworth disdains anything he sees as motivated purely by publicity, but Lee either doesn’t notice or doesn’t agree; his targets are elsewhere.

There are fine people on both sides? Lee’s answer is a resounding “no”: the only murderer that day was a racist.

Even for a work of adaptation, BlacKkKlansman takes a lot of liberties. But I am no source-material purist; frankly, I don’t give a shit what gets changed from the source so long as the story is made better, or more potent, or a better realization of the source material’s elements. This can be tricky ground to walk, but my boots stand up better to the thorns of dramatization than to the mud slick of fidelity. And Lee has added to Stallworth’s story everything that makes it function as a movie. I don’t mean that he has condensed scenes, shortened dialogue, reordered events—all the stuff that usually happens in adaptation; I mean that he has made it a movie—big, flashy, with all the stuff you want from movies. In a way, this seems like his answer to Quentin Tarantino’s 2012 western Django Unchained, a film Lee criticized for reducing slavery to genre tropes. No, slavery wasn’t like a Sergio Leone flick—but maybe battling the Klan is like a Sidney Lumet potboiler?

Of course, Lee isn’t doing this randomly or to be cute; this is where the “fuck you” comes in. See, the “movie-ness” of BlacKkKlansman is entirely the point. The good guys, as in the book, are mostly victorious, but their victory is on exciting movie terms. You think all is well. But then, as Stallworth and Patrice are at home (in love, remember), there’s a knock on the door. They come out, guns drawn—as they walk down the hall, Lee employs his trademark “floating body” shot (you know the one), signaling a moment of importance in his filmography—and see, outside their window, a cross on fire. Then, Lee breaks his narrative, moving to the present moment to show news footage of the aftermath of the Charlottesville white supremacist rally that left Heather Heyer dead. And there’s President Trump and the alt right, and there are the counter protestors. There are fine people on both sides? Lee’s answer is a resounding “no”: the only murderer that day was a racist. It’s Do the Right Thing all over again: Lee needed to make the viewer feel comfortable—this time in generic tropes—before he could make his final, brutal point.

One of the most striking parts of Rising Out of Hatred, journalist Eli Saslow’s 2018 book on ex-white supremacist Derek Black, is that nobody connected to the Klan was particularly surprised that Trump, an avowed bigot, was elected; sympathetic politicians were part of the plan all along. Plant sleeper cells in marginalized-feeling white communities and see what grows thirty years down the line. (Working class “expert” Michael Moore, in his own ham-fisted way, has been making this point for a while too.) Racism seems surprisingly benign when it smiles at you and seems calm. Stallworth himself observes this about David Duke in his book: “when you took away the topic of white supremacy and KKK nonsense from discourse with Duke, he was a very pleasant conversationalist. He seemed like a ‘regular’ guy.” Lee’s genius in BlacKkKlansman is making us feel this normalization in a different way: through conventions of cop pictures.

The Best Fiction of Anxiety 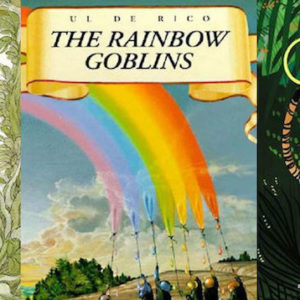 On this week's episode, Julia, Rider, and Tod discuss what each of them are reading to Literary Disco’s second generation,...
© LitHub
Back to top