TODAY: In 1917, writer and playwright Jane Bowles is born.

Julian Barnes on a (different) age of fake news and “gangster imperialism” • On the madness of crowds in the global age of terror • Jenn Shapland catalogues the clothing of Carson McCullers • Daily chronicles of life under quarantine at the heart of the coronavirus outbreak • Judith Butler on the case for nonviolence • 21 documentaries that redefined the genre • Inside Larry McMurtry’s home library • On the biggest cultural phenomenon the world has ever known: football (aka soccer) • Conor Dougherty on the books that helped him understand the housing crisis in America • Stephen Hough on the anxieties of a life in music • Ander Monson considers the elegies all around us • On the devastating fallout of addiction and corporate burnout • Veronica Esposito on moving beyond a misgendered childhood • On the book that began as an acid-fueled speech • Emily Temple on 2020’s Emma • Three trees that tell the story of ancient cultures • Name a more iconic duo than humans and beans • Philip Kennicott: When music is your first language • How to be a Beatles fan without really trying • Does the lost lyric poetry of Amelia Earhart offer clues to the pilot’s “private obsessions with love and death” • Chelsea Leu on the seductions and limitations of self-help, a billion-dollar genre • A conversation with Danez Smith • Stephen Batchelor on the practice of ethical awareness • Victoria Chang on the self and its many deaths • Relearning to write after law school buried my voice • Finding humanity and humility in Alberto Giacometti • Suggestions for new high school rom-com adaptations of literary classics

From the archives: classic reviews of every Toni Morrison novel • Joan Frank recommends five short novels that continue to shine, from Giovanni’s Room to Train Dreams • AudioFile’s Best Audiobooks of February • New titles from Anna Burns, Brandon Taylor, and Julian Barnes all feature among the Best Reviewed Books of the Week

7 debut crime and mystery novels you should read this February • Silvia Moreno-Garcia on the gothic roots of domestic suspense • A conversation between Megan Miranda and Mary Kubica • Explorer Roman Dial’s long search for his missing son, lost in the Costa Rican jungle • Paul French on the crime novels of Aberdeen • “Let us take a look at some books that bend and buckle at their structural seams based on the tenuousness of its narrator.” • Meg Gardiner on serial killers, archetypes, and Southern California • Heather Chavez rounds up 6 thrillers featuring protective parents • Tosca Lee recommends apocalyptic thrillers • Andy Davidson on love and environmentalism in the Swamp Monster comics

Here are the finalists for the NYPL's Helen Bernstein Award, which celebrates working journalists. 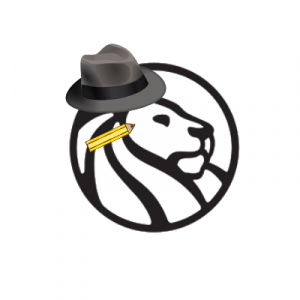 Here are the finalists for the NYPL's Helen Bernstein Award, which celebrates working journalists.

Since 1988, the New York Public Library's Helen Bernstein Book Award for Excellence in Journalism has been shining a light...
© LitHub
Back to top