The books that mattered most to David Bowie, bibliophile • Ten specialty bookstores that are definitely worth a visit (particularly if you like magic or the ocean or cars) • Devoney Looser wonders what Jane Austen would choose in the end, sense or sensibility • Sophie MacKintosh on the shared language of sisterhood • A dispatch from the National Cowboy Poetry Gathering • How to teach English with a music video: on Kate Bush’s radical interpretation of Wuthering Heights • 11 literary pickup lines (nearly) guaranteed to get you a date • What will social networks look like after the internet? • A brief history of western writers’ obsession with the tiger • On the intoxicating alchemy of pottery • Beneath the streets of Paris, in search of the cataphiles •

On the complexities of book tour travel as a non-binary author • “I joke sometimes that every white person who reads me thinks they’re the only white person who reads me.” Leonard Pitts, Jr. on the challenges of writing for white people • A poem from C.D. Wright’s final book, Casting Deep Shade • On the complicated choices of memoir writing • A love letter to lovers of Outlander • Yiyun Li: “We actually have to live through these characters and feel their feelings, so nothing is made up” • What does it mean to call an idea American? • On literary minimalism • “You don’t know anything,” and other writing advice from Toni Morrison • From book festivals to breathtaking natural beauty to damn fine cups of coffee, five reasons a writer should move to Brisbane (immediately) • “We want people who love to read, walk through the door and feel, oh here’s my tribe.” The Center for Fiction is opening in Brooklyn, so prepare to make yourself at home

Subscribe to the new Book Marks Bulletin for reviews, news, pre-publication giveaways, and more!
Tainted Love: Heather Cleary’s Translation Picks for Valentines Day • The Atlas of Reds and Blues author Devi S. Laskar on five books about being “other” in America, from The Buddha in the Attic to Citizen: An American Lyric • 5 sci-fi and fantasy books to brighten your February, from Marlon James’ Black Leopard, Red Wolf to Ann Leckie’s The Raven Tower • 10 Great Unconventional Love Stories in Literature: featuring robot romance, shapeshifter sex, aquatic affairs, and more • Point / Counterpoint: Jill Abramson’s Merchants of Truth: damn good read OR empty hot-take? • R. O. Kwon on the meditations of Toni Morrison, Nana Kwame Adjei-Brenyah on a dark satire of race in America, and more of the Book  Reviews You Need to Read This Week • New titles from Toni Morrison, Valeria Luiselli, and Geoff Dyer all feature among the Best Reviewed Books of the Week

Lucy Foley on Agatha Christie’s radical choice to put crimes in the hands of ordinary people • Hester Young re-reads five mysteries from her childhood to see which ones (if any) are still acceptable today • CrimeReads espionage enthusiast Molly Odintz takes a tour of the new KGB Spy Museum • Dwyer Murphy, resident romantic, rounds up 14 romantic comedies that may, in fact, be crime films •  Renee Knight on using the shifting power dynamics of employer/employee relationships to tell compelling stories• “Writing is not a profession but a vocation of unhappiness.” Georges Simenon’s 10 most cynical quotes, in honor of his birthday last week • Lee Goldberg on bringing a lost pulp writer back into print • “So what is this book? The simplest answer is: It’s a Donald Westlake novel.” Levi Stahl on how a recent reissue showcases Westlake’s lighter side. • Historical crime writer Rhys Bowen looks at the many works of fiction to reckon with the Great War • Author and former detective David Swinson on the books he returns to, time and time again • Matthew Turbeville shows us how to use crime fiction to help get over a broken heart • Here’s a tour of the most absurd red flags in literature, because on Valentine’s Day, we all want to think we can spot a bad thing from a mile away • Read an excerpt from Gary Phillips’ new graphic novel of black artists, FBI propagandists, and 1950s New York City • Robert Feiseler examines the immediate aftermath of the Up Stairs Lounge fire in 1973 New Orleans • Argentinian writer Mariana Dimópulos on silence, structure, and the art of suspense 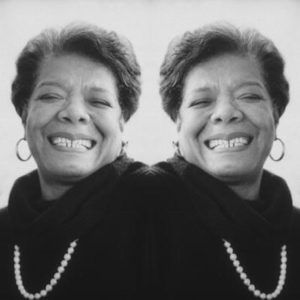 “You don’t know anything,” and other writing advice from Toni Morrison. | Lit Hub From book festivals to breathtaking...
© LitHub
Back to top