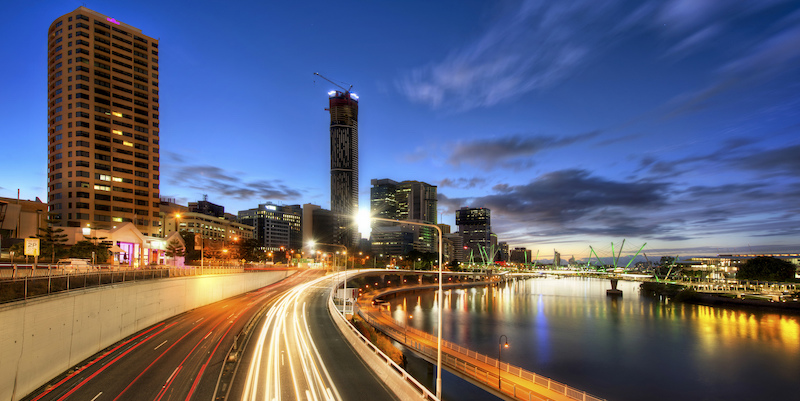 Having grown up in Seattle, I am of the mindset that the best writing requires constant drizzle, evergreens slinging deep shadows for most of the year, and coffee. Aside from the matter of coffee, it didn’t make sense that I, novel-in-progress in hand, impulsively moved to Brisbane, the capital of Australia’s sunshine state. But like some of the best books, Brisbane often gets forgotten as a literary city, overshadowed by heavy-hitters Melbourne or Sydney, or picturesque Adelaide to the south. From farmers markets to book festivals to great cups of coffee, here’s why that’s a mistake.

I.
Live in the City (Without Breaking the Bank)

Yes, Australia looks expensive on paper, but taking a high minimum wage along with the conversion rate—at the time of writing, one American dollar was equivalent to 1.39 Australian dollars—into account, living in Brisbane can be very affordable. Minimum wage in Queensland hovers just under $20 an hour, with hospitality wages sometimes creeping over $35 an hour, making it possible to hold a part-time job while focusing on writing (a working holiday visa will let you stay in the country, employed, for a year, unless you can get a company to sponsor you). Housing and rental prices in Brisbane are some of the country’s lowest, with a current glut of empty apartments making it possible to live in inner-city suburbs within walking distance of downtown.

If you want to cut your rent even further, you don’t have to trek to far-flung suburbs. Even places just a 15- to 20-minute drive of the city center can fit most budgets. In Rocklea, southwest of the city center, a two-bedroom apartment rents for $208 a week on average, or just over $400 AUD a month each). To get around, hop on a bike, or take advantage of Brisbane’s buses, trains, or City Cats, a ferry service that shuttles commuters up and down the river.

Since quality of life is just as important as making rent, Brisbane has a wide range of parks in the city, a riverfront walk, and even a man-made beach in Southbank. Farmers markets are held year-round where you’ll be able to find a plethora of fresh, local fruits, veggies, and food significantly cheaper than what are in the grocery stores. The free samples don’t hurt, either.

II.
Get Your Coffee Fix

Australia is well-known for its café scene—think gourmet breakfasts, espresso brewed by highly-trained baristas, and charming aesthetics—and Brisbane has been receiving an influx of Sydney and Melbourne baristas and hospitality veterans seeking lower rents and Queensland’s more leisurely lifestyle. Many cafes also offer free WiFi so you can set up your office wherever you find the best flat white. 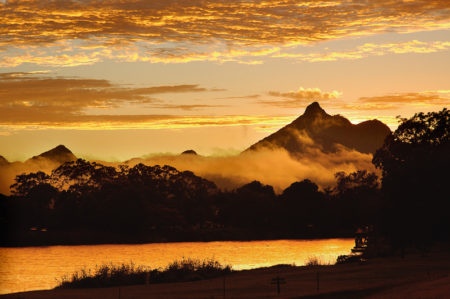 Tucked down a laneway in the center of the city, Strauss’s brick walls, green accents, and aroma of some of Brisbane’s best coffee are strong fodder for stimulating your imagination. For those who need some liquid inspiration a little stronger than espresso, the underground Brew is another inner-city café that turns into a bar at night. Located in one of Brisbane’s trendier suburbs, vegan café Dicki’s offers a calm, quiet place to write and some of the city’s best filter coffee, which rotates with single-origin options from around the world. Consistently ranked one of Brisbane’s best cafes, West End’s Morning After can fill up during the brunch rush but offers a restful place to pick up your pen in the off hours (those tracking their journeys on Instagram can take advantage of the social media-worthy neon lights for a photo). Journey a little further away from downtown for Gramps, populated by an eclectic mix of armchairs and furniture that could have been ripped from your grandmother’s living room. It’s the perfect spot to combat a spurt of homesickness.

In Brisbane, the small bookstore is thriving, overseen by individuals who will remind you that no one knows literature better than those who sell it. Discovering old favorites and new authors can help guide, shape, and instruct writers as they dive into their own work. Avid Reader contains a well-curated selection of international and local authors, as well as offering a garden-nestled café. 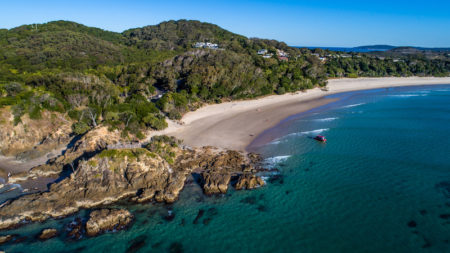 Many local and established authors also host book launches and discussions here. Buttressed by towering stacks, Archives Fine Books claims to be home to one million books, promising a complete survey of different topics, genres, and decades, and the chance to stumble upon the obscure novel you didn’t know you needed. Used-book lovers can find a range of texts at the bright-blue Bent Books, while those with niche interests can explore the shelves of the award-winning Folio Books or ask staff to order them a hard-to-find title. (And this is by no means an extensive list of Brisbane’s bookstore offerings.)

IV.
Immerse Yourself in Culture

Known as a country town compared to bustling Sydney and Melbourne, Brisbane was long overlooked as a cultural capital. Now, with its nearly unbroken sunshine, it is home to numerous festivals, including those featuring food and wine throughout the year, a variety of local and international film festivals, and the annual Brisbane Writers Festival, where over 150 literary-based events take place and authors like Veronica Roth and Sarah Waters have visited.

For artistic inspiration, Southbank is home to free art galleries and museums—the Gallery of Modern Art is the one of the world’s ten largest art galleries dedicated to contemporary art—and the Performing Arts Centre welcomes Broadway musicals, orchestra performances, and international ballets. The smaller Brisbane Arts Theatre, the riverfront Powerhouse, and the Queensland Conservatorium also put on a wide range of shows, from plays to comedy festivals to author talks.

V.
Get Inspired by the Natural Landscape

Sure, the beaches are great, but there’s more to Australia than stretches of turquoise waters. With the purple flourish of jacaranda blooms in the spring or the coral canopies of Poinciana trees in the summer, Brisbane is teeming with color and natural beauty, and you can indulge in only a matter of minutes. Mount Coot-tha hulks in the western suburbs, where hikers can climb to the top—those wanting a more relaxed afternoon can drive to the peak—and admire the local fauna and panoramic view of the city and the coast. In the nearby Gold Coast Hinterland, Tamborine National Park boasts rainforest walks, waterfalls, and tastings at local vineyards. Other stops along the Scenic Rim offer chances to write among forests, lakes, and cascading valleys. For those who can’t resist a day on the sand, Byron Bay (home to many a celebrity) is two hours away, ushering in sweeping ocean views, lighthouse hikes, and expansive beaches—drive past the main town to find spots that aren’t as overrun by tourists.

Kim Bussing is an MFA student in fiction at the University of Arizona in Tucson and previously was an editor and journalist in Australia and Los Angeles. She is currently working on her first novel. Follow her @kimbussing. 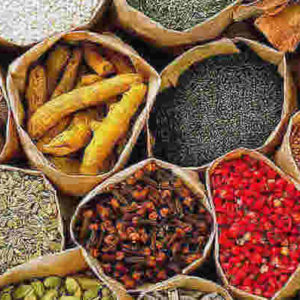 At 35, I learned how to make Yemeni soup. It was winter in Vancouver, dreary and cold, and my naturopathic doctor advised...
© LitHub
Back to top
Loading Comments...