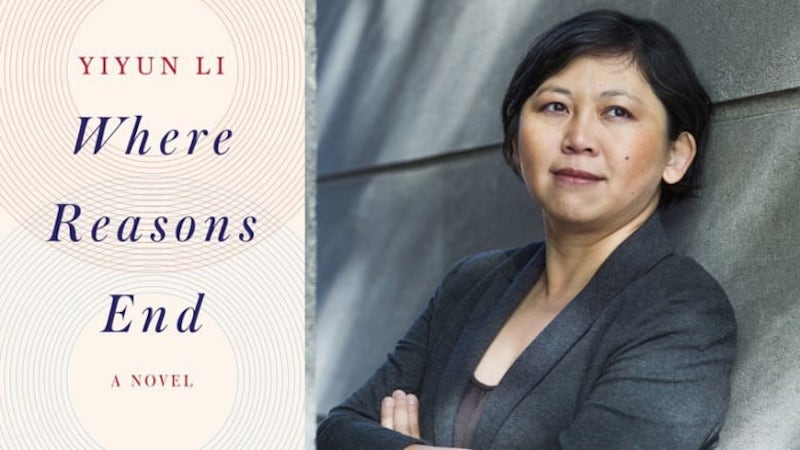 The Author of Where Reasons End in Conversation with Michele Filgate

Yiyun Li’s spare and haunting new novel, Where Reasons End, follows a mother who continues to communicate with her teenage son after he commits suicide by writing a story about “a world made up by words, and words only. No images, no sounds.” It’s a place “unspecified in time and space” where the mother and son can have a shared language that centers around questions. Li (whose own son lost his life to suicide) says that she spent ten weeks writing Where Reasons End, and she only wrote one draft. She normally revises her work, but this book called for something different. “Most of my books I rewrite and rewrite,” Li said recently during a phone interview. “Revision is one of my favorite things to do in writing. I love revisions. But this book—it didn’t require that kind of revision.” The result is a work of raw, profound beauty that addresses a mother’s worst nightmare.

Michele Filgate: This book is about a complicated subject: grief, but there’s a sense of the narrator trying to distill everything into a more crystalline framework. “A life’s story can be told by the simplest nouns…”(81) the mother says at one point in this novel. Did you feel like you were trying to find a language for grief?

Yiyun Li: Yes. When we say something is a burden, there’s always a negative feeling about that, it’s something we don’t want to carry or live with, but who wants to stop thinking about the ones they have loved and have lost? I think the mother, by creating this world, by inventing these conversations, is trying to find words instead of just grieving.

MF: The deceased son says to his mother (pg 48) “Words, mother dear… We will be catching each other’s words, don’t you see?” I love this idea of words outlasting our physical bodies, and words becoming the physical thing. How do words tether the mother to her son?

YL: You mentioned timelessness, and I think I was reading Moby-Dick the other day and there was a line I really loved. It was earlier in the novel and I think the narrator is talking about the myth of Moby-Dick and how Moby-Dick is ubiquitous and immortal. And he has one line saying immortality is but ubiquity in time. I find that line interesting because yes, if you’re talking about immortality you have to be ubiquitous in time.

But I think this book deals with exactly the opposite of immortality, this is mortality in its most violent and extreme version. I think you almost have to take time out when you deal with that kind of mortality. So yes, I think if you take time out of that, that’s a big concept we live with is time, and images, and physical setting, I don’t think the mother and son have any of those left. So words are really what they can share. You said words are what tether them to each other. I think that’s an apt way to put it.

MF: Can you talk about the process for writing this novel? Do you tend to write longer drafts that you chisel down? How important are revisions to you?

YL: This actually is a one draft novel. What’s printed. I think I changed maybe a few words here and there, a few lines, but everything is written in just one draft. I think there is a reason for that, and I think sometimes you can have all this emotional turmoil [and] disasters in your life that happened, and in the center of all those things, it’s like the eye of the hurricane: there’s a kind of stillness. And I think the novel was written in that center, in that core of stillness, so I didn’t do much revision. I wrote it within a short period of time. Because I also knew that if I moved away from that time, the novel would be a different novel.

We actually have to live through these characters and feel their feelings, so nothing is made up.

I think this would be one of those books that I could write ten years from now, or twenty years, but each time it would be a different book. So to write in that center of that storm, in the center of everything going on, it actually provided a clarity. And I think there’s so many ways I could see this book could go wrong, or at least in my mind, or according to my standard, this book could be oversentimental or too long or too full of details. I knew that I had to trust that this was the right way to write a book, and it was going to be okay if I just trust that instinct.

MF: You received an MFA in fiction AND nonfiction from Iowa. Do you feel a loyalty to one genre over the other? How does one genre inform the other for you? I’m thinking of a line in this book where you write: “One never makes things up in fiction… One has to live there as one has to live here.” (168)

YL: I write mostly fiction, but I have published one book of nonfiction. I don’t prefer one form over the other, and I think each is there for a reason. I remember years ago Marilynne Robinson was giving this talk and that was right after Gilead came out. And people were talking about [why] Marilynne Robinson didn’t write for so long. And she said I don’t understand—I published all of these nonfiction books between Housekeeping and Gilead. And then she said something so fabulous. I’m paraphrasing her. Her nonfiction is to make space for her fiction. I always borrow that thinking.

I don’t think I write nonfiction all the time, but I have a goal with any nonfiction piece or book I write: to make some sort of space or expand my space for fiction. We actually have to live through these characters and feel their feelings, so nothing is made up, only they have an appearance of being made up, if that makes sense. There’s always something we want to get close [to] or closer, [but] we will never get it, whether it’s truth or emotional honesty. I think we can get close and very close, but we can never get there. But I think in fiction it feels to me we can even get closer.

MF: I read in an interview that you reread War and Peace and Moby-Dick once a year. You talk about Tolstoy being a “seer” and say that “Moby-Dick is the epitome of metaphors.” How do those novels influence your own work?

YL: Sometimes I give lectures on Tolstoy. Isaac Babel said that if the world was written by a writer, that writer would be Tolstoy. That kind of omniscience. He’s seeing everything from the biggest thing in the war to the smallest thing, [like] a dog in Moscow, after the Moscow fire. He sees everything democratically. I think he’s a democratic seer. He doesn’t really differentiate between all these things. I think I learned how to see through reading War and Peace, and rereading teaches me something new. There’s always something I have missed.

Moby-Dick is glorious. It’s a big metaphor, and I think it’s just a book to be cherished all the time. Moby-Dick ideally would be a book to be memorized. I think for every mood, for every situation, there are probably some sentences in Moby-Dick that if I could just recall them right away—but sometimes I would say wait, I think there is a line from Moby-Dick in this chapter, but I need to go back and look for that chapter or line! Wouldn’t that be nice if I could just say it’s in my head? I could just recite it to myself.

MF: One of my favorite lines in Where Reasons End is “A mother’s job is to enfold, not to unfold.” Can you elaborate on what you mean by that?

YL: People would say to Nikolai or the mother, why? Why is the most irrelevant question. Or people would say “Oh, it’s such an inexplicable loss, or inexplicable tragedy”—inexplicable has the meaning that someone should be able to explain it, but nobody’s explaining it. And I think that statement is the mother’s reaction to whether this question is asked or not, whether this question is posed to her or just asked of her, I think she has this belief that to give anything an explanation is actually diminishing, reducing something. I think unfold is a gesture that serves others. Not Nikolai. I think the child needs to be enfolded, needs to be held, and that’s all she wants to do.

MF: In many ways this is a book of interrogation and questions. Are the questions more important than the answers?

YL: I think so, but I also think this is a book about learning how to ask questions. I think there are easy questions to ask, and I feel like for the mother, all those easy questions are irrelevant and not the right questions, but she does have questions. So in her conversation with Nikolai, again and again they are trying to push further and further away from questions that can be easily asked. And I do think they have a certain freedom because this is a conversation across the border, between life and death, so there are questions in life that you don’t get to ask. But this is a moment, these questions never yet asked will be asked. Neither of them needs to answer, but they are pushing each other to ask questions that are harder and harder to be asked.

There’s no image and time, that was the starting point for the novel. So they could not see the same things again. They share memories. There are certain images the [character] would put in but that was just because they have shared memories. But mostly the core to me is just without voice, they cannot hear each other, they cannot see each other, there’s no anchor in that world, it’s somewhere she made up. So I think it’s just the core is their back and forth, their talking with each other.

A Love Letter to Lovers of Outlander 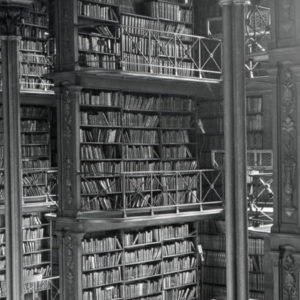 I discovered that I wanted to become an intellectual historian at the age of 19. I had the good fortune to land (almost by accident)...
© LitHub
Back to top