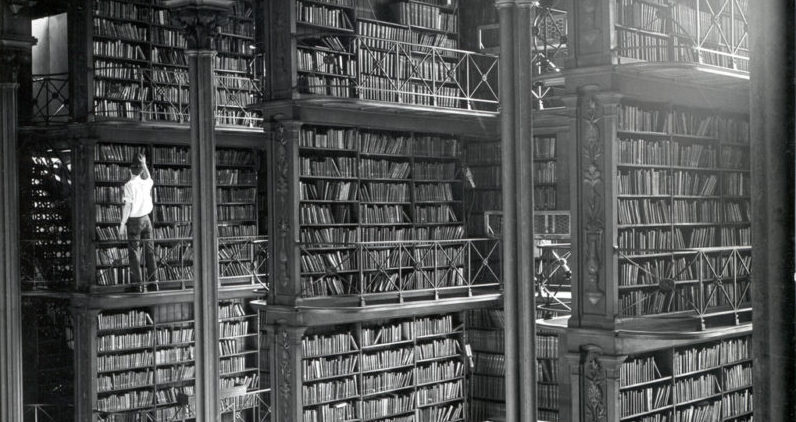 On the Intellectual Genealogy of the United States

I discovered that I wanted to become an intellectual historian at the age of 19. I had the good fortune to land (almost by accident) in a course on US intellectual history as an undergraduate, and there I read for the first time, Herbert Croly, Joseph Wood Krutch, Walter Lippmann, and Kate Millet. A strange brew, to be sure, but also a very intoxicating one. These thinkers drew me into their world of ideas, which then drew me to the E169.1 section of the university’s library stacks. That is where books on American intellectual history are stored, and that is where I decided to take up residence for my life’s work.

The reason I became interested in American intellectual history, why it still holds my attention, why I love teaching it, and why my students seem to share the thrill of it is that it is a way to eavesdrop on the past. Its intent is not to spy on the inner thoughts of unsuspecting dead people. Rather, it is fueled by the desire to come into contact with interesting people we might not otherwise know if not for the records of their minds they left behind. This historical sensibility gladly welcomes any source to use for eavesdropping: legal documents, novels, private letters, diaries, photographs, or a painting. No source need be too imposing—like a major tome of theological disputation. And no source is too insignificant—like marginalia in a text or an advertisement in a magazine.

In trying to access the mental and moral worlds of people from the past, I ask questions about the possibilities for and limits on doing so. Is it possible to fully understand the intellectual motivations of historical actors? Can we apprehend how or why ideas have had the power to make Americans change their minds about—or take action on—a particular issue? How can we measure the influence of historical actors’ ideas on social, political, and economic conditions (and vice versa)? By posing such questions, we invite thinking about thinking. But more important, we demonstrate that thinking is where so much of the historical action is.

Ideas are products of their time and place, but they also go on to influence future intellectual movements. For example, late 20th-century postcolonialist thought drew on turn-of-the-last-century Pan-African discourses, while second-wave feminists took their inspiration from their 19th-century American foremothers, who themselves got their inspiration from classical antiquity. In addition, major texts have afterlives. Colonial Puritan minister John Eliot, for example, remade the Bible—a text composed well over a millennium earlier—for 17th-century Algonquian Indians, and 19th-century women’s rights advocate Elizabeth Cady Stanton took the Declaration of Independence of 1776 and turned it into the Declaration of Sentiments in 1848. Lebanese-American Kahlil Gibran’s The Prophet reveals both the concerns of an American immigrant in 1923 and those of American soldiers during the Second World War, who read the Armed Services Edition of the book while huddled in their sandy foxholes in the dunes of Normandy, or in their crowded crew quarters on a ship bound for Okinawa.

Ideas are never frozen in their time and place, nor are they vapors that float in some otherworldly, transcendent realm.

Compelling ideas, intricate patterns of thought, and rigorous modes of inquiry are not found among “highbrow” thinkers only. They can be found in “popular” culture as well. True, some professional intellectuals worried about tiny logical distinctions and articulated the results of their inquiry in a highly technical language. But they also had their critics who complained that intellectual engagement demanded a widening of mental horizons and a more compelling way of communicating their findings to a broader public. A full appreciation of American intellectual life requires attention to debates among elites, as well as concerns expressed in what the great 20th-century writer Ralph Ellison called our culture’s “lower frequencies.”

This may seem like an awful lot of moving around, but that is what is required to capture a faithful picture of the ideas that made America. Intellectual history is invariably a history of other times and other places because historical actors do not just think in their moment and from their tiny spot on planet Earth. They also live in an ideational realm where they are communing with thinkers or moral worlds from elsewhere. Take Martin Luther King Jr., for example. It is important to know that he was inspired by Mahatma Gandhi, and that Gandhi was a fervent reader of Henry David Thoreau, and that Thoreau took a deep interest in 14th-century Buddhist texts. So to understand King’s political theology, do we need to familiarize ourselves with ancient Buddhism? Not necessarily, although it would not hurt. The point here is simply that in order to capture the imaginations of thinkers from the past, we need to be as intellectually peripatetic as they were.

Ideas are never frozen in their time and place, nor are they vapors that float in some otherworldly, transcendent realm. Rather, they are historical forces that move—and thereby change—from one interlocutor to another, one place to another, and even one time period to another. To be sure, throughout our history, many Americans have exalted ideas like democracy, freedom, and equality, while others experienced them as fighting words meant to deny them their benefits. But these ideas have achieved their power not because their meanings are absolute but precisely because they are so fluid, so multivalent, and so prone to redefinition when they come into new conditions of possibility. The vibrancy of American thought lies in the movement of ideas as they have been enlisted to mean different things to different people throughout the American past.

With all of this talk of the past, it may seem that the present is far from view. Intellectual history does deal very much with America today. But it understands that our current political debates, economic fetishes, and moral commitments all have histories. And so, as a result, today’s America is the result neither of nature nor of necessity; it is the creation of historical circumstance, chance, accident, human folly, and wisdom, and sometimes all of these together. What most concerns us today might have seemed ludicrous to our ancestors. And what our ancestors perceived as having great urgency might have somehow become irrelevant for us. Why? That is what intellectual history tries to figure out. In seeking the answers, we achieve a little epistemic humility, which is indeed humbling, but also strangely energizing and ennobling. 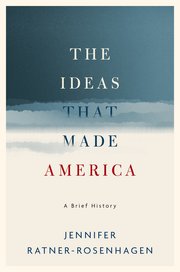 Jennifer Ratner-Rosenhagen is Merle Curti Associate Professor and Vilas-Borghesi Distinguished Professor of History at the University of Wisconsin-Madison, where she teaches U.S. intellectual and cultural history. She is the author of the prize-wining American Nietzsche: A History of an Icon and His Ideas (2012), and her co-edited volumes include Protest on the Page: Essays on Print and the Cultures of Dissent (2015) with James Danky and the late James Baughman, and The Worlds of American Intellectual History (2016) with Joel Isaac, James Kloppenberg, and the late Michael O'Brien.

Sideshows and Circuses: 6 Novels That Define the Carnival Genre 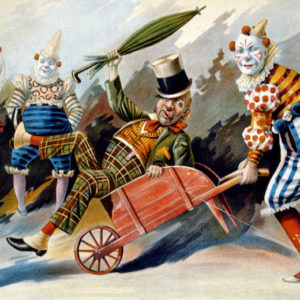 Sideshows and Circuses: 6 Novels That Define the Carnival Genre

The carnival has always been more of an idea than a place for me. A midway of the mind, of the imagination. A maze to in which...
© LitHub
Back to top
Loading Comments...