Or, How to Teach English with a Music Video

Via Little, Brown and Company
By Brendan Mathews

The first few seconds of the video are usually enough to stun the classroom into silence. Some students will shift uncomfortably in their seats. Some may be counting the minutes until this digression ends. Some will laugh. One or two may be transfixed. One might even be transformed.

On the screen in the front of the classroom, a teenage Kate Bush stares goggle-eyed, her arms like wings. She dances. She cartwheels. She sings, in a high trilling voice, “Heathcliff, it’s me! I’m Kathy!”

I teach literature and creative writing at a small college in New England, and every time I’ve taught Emily Brontë’s Wuthering Heights, I show the video for Kate Bush’s 1978 song of the same name (there are two versions: one features Bush indoors in a white dress, another has her outdoors in a red dress). The video is more than a digression—and more, I hope, than a professor’s attempt to impress his musical tastes on his justifiably skeptical students. But if every syllabus participates in the construction of a canon, and in doing so defines the terms of cultural literacy, then I want my students to participate in building a culture that highly values Emily Bronte and Kate Bush, and that recognizes the ways in which Bush has spent decades defining a space for women artists as visionary creators.

I’m not alone in hearing echoes of Kate Bush’s voice echoing across the culture. Though she has always been much better known in the UK, her American fans make up in ardor what they lack in numbers. To celebrate the November release of a career-spanning Rhino Records boxed set, Margaret Talbot unpacked her decades-long connection to the songs of Kate Bush, whom she identifies as a forerunner to Perfume Genius, St. Vincent, and Mitski. Earlier in the year, Wesley Morris lovingly deconstructed the use of “Running Up That Hill” in the FX series Pose.

So if a consideration of Bush’s “Wuthering Heights” briefly leads the class away from discussions of the uncanny in Wuthering Heights or the othering of Heathcliff or the tricks that Brontë plays with the reader’s complicity, the song is well positioned to open up a host of other, equally valuable, conversations that have nothing to do with my inclination toward post-punk British music. A close look at the video puts us only a cartwheel away from conversations about art, where it comes from, who it ignores, and who gets to make it.

According to the lore that surrounds the song, Kate Bush’s first encounter with Wuthering Heights came in 1977 when she caught the closing minutes of the BBC miniseries. She wrote the song in a single night, mining lyrics directly from the dialogue of Catherine Earnshaw Linton, one of the star-crossed lovers at the heart of the novel.

But as Bush borrowed from the dialogue, she made a crucial transposition in the point of view. When she sings, “You had a temper, like my jealousy / too hot too greedy,” the my refers to Cathy and the you to Heathcliff, the novel’s brooding protagonist/antagonist/antihero/villain (depending on your point of view). But the novel itself never inhabits Cathy’s consciousness: she is seen and heard, her rages and threats vividly reported, but everything we know about her comes from either Nelly Dean, a longtime housekeeper for the Earnshaw and Linton families, or through Lockwood, a hapless visitor to the Yorkshire moorlands and the principle first-person narrator of the novel (most of the novel consists of Nelly’s quoted speech to Lockwood, who is eager to hear the complete history of the inhabitants of Wuthering Heights and its neighboring property, Thrushcross Grange). Although the novel spans decades and multiple generations of Earnshaws and Lintons, Kate Bush’s shift into Cathy’s point of view centers the song entirely on Cathy and Heathcliff—which is fittingly how Cathy, in the novel, views the world. She and Heathcliff share one soul, she claims; everyone else, including her husband Edgar, is little more than scenery.

With this choice, Bush gives voice to a female character who—though an electric presence in the novel—is denied the agency of self-narrating, or even of being narrated through a close third person. Nelly may be presented to us by Lockwood as a simple, transparently objective narrator, but the novel is littered with moments where Nelly complicates the lives of those around her by revealing or concealing what she knows. Bush’s musical interpretation of the novel makes visible the questions that surround point of view: who does the telling? What is their agenda? Who can we really trust?

By opening up these questions, the song situates itself in the tradition of other so-called “parallel texts” that respond to or reinvent earlier, often canonical works of literature: think Jean Rhys’s Wide Sargasso Sea and Charlotte Brontë’s Jane Eyre, or Kamel Daoud’s The Meursault Investigation and Albert Camus’s The Stranger. In each pairing of “parallel” and “source” text, the later work privileges characters narrated about, but never before narrated from within.

Like the novels by Rhys and Daoud, Bush’s song demonstrates how art can respond to art, and points to the ways in which crucial reevaluations of past works take place not only in scholarly articles but in one artist grappling with the erasures and silences of an earlier age. Rhys and Daoud both insist on a voice for a silenced, maligned, or dismissed colonial subject. Their aim is not to create a work that merely amends (or acts as a footnote to) the earlier text, but to produce a narrative that calls into question the primacy, and even the authority, of the earlier text.

Kate Bush’s shift into Cathy’s point of view centers the song entirely on Cathy and Heathcliff—which is fittingly how Cathy, in the novel, views the world.

Kate Bush may not have been aiming to supplant Emily Brontë, but just as the song itself points to issues within the novel, Bush’s role as its creator exposes the straitened public personae of the Brontë sisters in 1840s England. Remember that the Brontës—Charlotte, Emily, and Anne—published their own work under vaguely male pseudonyms: their first joint publication, in 1846, was The Poems of Currer, Ellis, and Acton Bell. Jane Eyre appeared a year later, attributed to Currer Bell, and a year after that Ellis Bell’s name appeared on the title page of Wuthering Heights.

It was unthinkable at the time that young, unmarried women would circulate their names so freely on books that portrayed the love between a wealthy man and his hired governess, or the flare-ups of passion and cruelty that marked the relationship of Cathy and Heathcliff. The sisters also knew that women authors were routinely dismissed or pilloried by the all-male fraternity of critics, and they hoped that the Bell names would offer protection and a fair shake from reviewers. Still, one early review blasted the incidents in Wuthering Heights for being “too coarse and disagreeable to be attractive,” while even a more positive review called it “a strange book. It is not without evidences of considerable power: but, as a whole, it is wild, confused, disjointed, and improbable.” Two years after Emily’s death in 1848, an edition of Wuthering Heights was published under her own name, with a preface and biographical note by Charlotte defending her sister’s moral character against the aspersions cast on her.

Fast forward to the late 1970’s and Kate Bush finds herself a young female artist in a culture industry still dominated by men. Her record company, EMI, pushed for another song, “James and the Cold Gun,” to be her first single, but Bush insisted that her debut had to be “Wuthering Heights.” After winning that argument, she delayed the release of the single in a dispute over the cover art, and later referred to herself as “the shyest megalomaniac you’ll ever meet.” When the single was finally released in early 1978, it needed only a few weeks and a performance by Bush on Top of the Pops to claim the #1 spot on the UK charts, displacing ABBA’s “Take a Chance on Me.” Only 19, Bush became the first female singer to make it to #1 with a song that she herself had written. At a time when women were viewed primarily as interpreters of others’ lyrics—as instruments rather than creators—Kate Bush upended the narrative with her first piercing notes. She would narrate from within, and in her own words.

The song’s connections to debates about cultural literacy, art-as-critique, and the fraught space of the female artist are enough to earn the video its place in the classroom. But I also count on “Wuthering Heights” to speak directly to my students about some of life’s other, bigger questions. My students, like teenagers everywhere, often wonder when their real lives will begin: when their ideas will matter to the wider world; when the art they make will feel like more than another assignment to be graded. But if high school students campaigning across the country against gun violence can illustrate the political power of the young, then Kate Bush argues that your artistic impulses also matter, that they’re valid, and that there’s no reason to wait.

And, it’s important to add, Kate Bush doesn’t care if you’re laughing. Because she is all-in, all the time. To watch the “Wuthering Heights” video is to see an artist consumed by a sense of personal vision. She isn’t aiming for the mainstream. She’s singing about a 19th-century novel known to most of her peers from their A-Levels cram sessions. Her voice soars and rumbles, and her dancing is a mix of pirouettes, leaps, and contortions. She even mimes sleepwalking. The video also uses every trick in the 1970’s A/V club handbook: gauzy filters, freeze frames, lighting gels, multiple exposures, a fog machine. It’s completely over the top, but Bush seems to know that holding back or winking at the camera will break the spell and cause the entire project to collapse into a cheap parody. If nothing else, Kate Bush is authentically herself.

I have to ask myself: was I that bold at 18, or at 28? Reader, I was not. But since then I’ve tried to shake off the timidity of my younger self—someone desperate to create but paralyzed by uncertainty about the leap into the unknown. So in the end, I hope that what my students are getting from Kate Bush—if they need it, if they haven’t already seized it for themselves—is permission. To make art at any age, to express it in whatever way feels authentic, and to let the culture catch up to them.

Brendan Mathews is the author of The World of Tomorrow (Little, Brown & Co.), which was longlisted for the Center for Fiction First Novel Prize and named an Indie Next Great Read and an Editors' Choice by the New York Times Book Review. Little, Brown and Company has just published his debut story collection, This Is Not A Love Song. He lives in western Massachusetts with his wife and their four children.

What Will Social Networks Look Like After the Internet?

Kristen Arnett: We Need to Talk About Library Junk 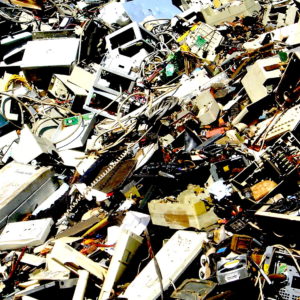 What Will Social Networks Look Like After the Internet? In Oakland, we saw the new year burst open with reminders of the power of storytelling. At the Oscar Grant memorial event...
© LitHub
Back to top