11 Literary Pick Up Lines for the Chronically Dateless

Get Yourself a Valentine Who Reads

First things first: pick up lines don’t work. The only way they might work is if they’re funny enough that they make the person laugh, and then you also have to be attractive enough that it didn’t really matter what you said anyway. Sorry, but this is the truth.

Still, it’s nearly Valentine’s Day, and I’ve been thinking about some of my favorite love stories in literature, and what exactly the characters said to one another to make their intentions clear. Turns out that a few of them could be repurposed to help you snag a date for the holiday, particularly if you also have that whole attractiveness thing going on, and extra particularly if you like to date book nerds. (And no, none of them are puns—though there are quite a number of literary pun pick up lines floating around the internet, if you’re interested. I think the best one I’ve seen is “I’d never say Farewell to those Arms.” Woof!) Below, a few charming openers (or possibly closers) that were either used in literary love affairs or could be, given the correct circumstances.

When you’re courting the coy lurker at the bar:

–As Giovanni to David in James Baldwin’s Giovanni’s Room

When you’re hoping to be proven wrong:

“I don’t flirt with girls who read.”

–As Jake to Tess in Stephanie Danler’s Sweetbitter

When you just want to make out with someone tonight:

“Come, woo me, woo me, for now I am in a holiday humor, and like enough to consent.”

When you’re sharing a cab and fishing for an invitation:

“I always think that the driver is only waiting for the passengers to become absorbed in conversation in order to shoot down some street, to an inaccessible and lonely place where he will either torture or murder them. I am certain that most people feel the same way about it that I do, but they have the good taste not to mention it.”

“You could show me what to do. You see, I’m not used to this. It’s so different. Before. . . there was nothing. Now there’s everything. I could do things. Couldn’t I? You wouldn’t prevent me?”

–As Larry to Dorothy in Rachel Ingalls’s Mrs. Caliban

When you both know where this is heading (and one of you is probably Philip Roth):

–As Ezra to Alice in Lisa Halliday’s Asymmetry

When it’s time to stop talking and start kissing:

“For God’s sake, miss, are you a girl or a surgeon? Of course your mouth will work. Look here. Where are your lips?”

–As Sue to Maud in Sarah Waters’s Fingersmith

When you just can’t exchange any more glances across the bar:

“The only way to get rid of a temptation is to yield to it. Resist it, and your soul grows sick with longing for the things it has forbidden to itself, with desire for what its monstrous laws have made monstrous and unlawful.”

When you’re recklessly obsessed with someone way out of your league:

“What is it, what nameless, inscrutable, unearthly thing is it; what cozening, hidden lord and master, and cruel, remorseless emperor commands me; that against all natural lovings and longings, I so keep pushing, and crowding, and jamming myself on all the time; recklessly making me ready to do what in my own proper, natural heart, I durst not so much as dare?”

–As Captain Ahab to his unattainable whale, in Herman Melville’s Moby-Dick

I look at you and I would rather look at you than all the portraits in the world
except possibly for the Polish Rider occasionally and anyway it’s in the Frick
which thank heavens you haven’t gone to yet so we can go together for the first time . . .

–from Frank O’Hara’s “Having a Coke With You”

Notes on an Italian Getaway in Australia

What Will Social Networks Look Like After the Internet? 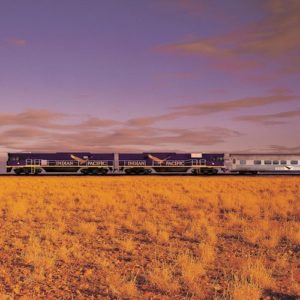 Notes on an Italian Getaway in Australia

This story was written in a notebook received as a gift in Mantua, with a ballpoint pen pilfered in Melbourne, under the eyes...
© LitHub
Back to top