Finishing up Lit Hub’s  Best of the Decade: here are the best literary TV adaptations of the decade and a list of the best literary film adaptations of the 2010s • Gillian Gill on Virginia Woolf’s multilayered relationship with her mother • Fintan O’Toole on the unholy interplay between punk and Brexit • How the 16th century astronomer Tycho Brahe discovered a new star… with a piece of string • Going deep on the fashion of Jane Austen • Siri Hustvedt on panpsychism’s shifting foundations • Paul Scraton follows the old path of one of history’s most infamous walls • Gabrielle Hickmon on Audre Lorde’s Berlin years • How to spend a

literary long weekend in Chicago • It’s long past time for our idea of “American fiction” to stop defaulting to “white and male” • 91 theses on Lord Byron, graffiti, and bathroom stalls • Umberto Eco on the elusive concept of ugliness • Biographer Julie Dobrow on the poetic power of Emily Dickinson’s bedroom • Lauren Michele Jackson on race, weed, and the gray areas of the legal system • In a time of disaster, is it possible to write with optimism about nature? • A brief history of Nairobi’s literary house parties • Judith Arcana on Grace Paley’s life and career • Marcos Gonsalez on diversifying our readings of the canon • On Kylie Minogue, cancer, and coming back to life • How cleanliness and beauty became intertwined in the 18th century • Katy Hershberger on Lurlene McDaniel—master of “dying teen” lit—and the allure of a problematic genre • Disneyland on opening day was far from the Happiest Place on Earth • The 10 best cookbooks of the year • Stewart Sinclair on what it means (and takes) to have a career in writing • What would the Anthropocene look like on other planets? • We have a new favorite cookbook and it’s the 1970s classic Cooking for Orgies and Other Large Parties • The rise of the downfall of the dirtbag heiress • Gary Snyder knows the sacred power of a little bit of dancing • What does the future of transportation look like?

The twenty best crime films that you probably did not watch this decade, as selected by Zach Vasquez • Lisa Levy recommends the 10 best psychological thrillers of the year • All the best international crime novels of 2019, perfect for the armchair traveler • Gar Anthony Haywood returns to his beloved protagonist after a 19-year hiatus • Katie Gutierrez on three books that explore the subversive nature of female appetite • Gary Phillips on the trail of Roosevelt Mallory, who helped revolutionize 1970s pulp fiction, and then vanished • Journalist Dave Seminara on the local legacy of Pablo Escobar • Paul French gifts us a merry rundown of crime fiction set during the holiday season • Damien Angelica Walters on bringing the realities of gendered violence into feminist horror fiction • Donis Casey on the interwar detective story

The employees at iconic NYC bookstore McNally Jackson have voted to unionize. 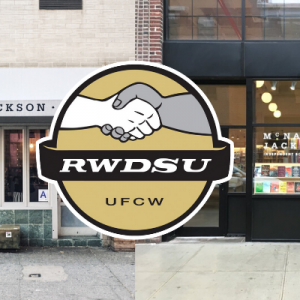 The employees at iconic NYC bookstore McNally Jackson have voted to unionize.

Earlier today, the employees of the New York City-based indie bookshop McNally Jackson voted to join the Retail, Wholesale,...
© LitHub
Back to top