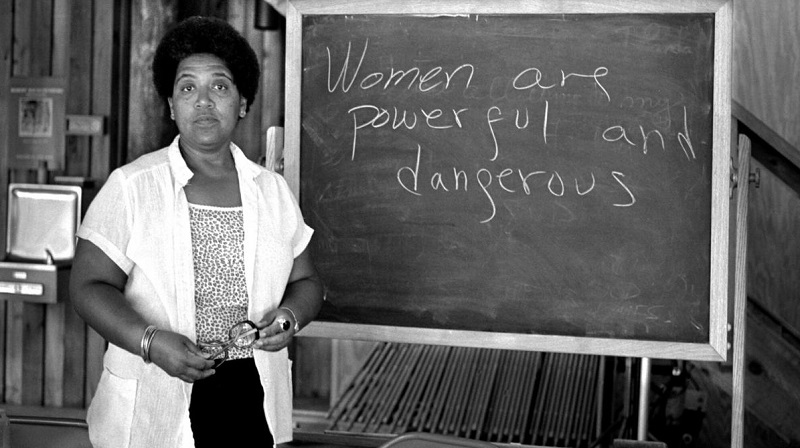 What Audre Lorde Learned in Berlin About Afro-German Identity

In 1984, Audre Lorde, a self-described “black, lesbian, mother, warrior, poet,” spent three months in Berlin teaching a poetry workshop and course in Black American women poets in English for German students at the Free University in West Berlin. Lorde was invited to Berlin by Dagmar Schultz, a lecturer at the Free University who met Lorde in 1980 at the UN World Women’s Conference in Copenhagen. When Lorde arrived in Berlin, she found herself in a city and country divided into East and West by the Berlin Wall—a physical manifestation of ideological division.

Lorde would have been no stranger to ideological and physical division, nor what it took to work across lines of division, since her life’s work focused on breaking down barriers to, and binaries about, liberation for women, people of the African diaspora, and other marginalized groups with respect to race, class, gender, age, sexuality, ability and more. After that first visit in 1984 through 1992, before and after the fall of the Berlin Wall and reunification of Germany, Lorde would spend many months and weeks in Berlin working not only as a professor, but an organizer of women along those same lines. Thirty years after the fall of the Berlin Wall and 35 years after Lorde’s first stint in Berlin, revisiting her time and work there bears importance for our physically and ideologically divided times.

Lorde’s time in Berlin was a project in recognition, one rooted in the Black feminist politics she practiced and advocated for over the course of her life. She understood that racism wore many different faces, but would come for people of color and especially Black women no matter where they were in the world. She endeavored to connect with women of the African diaspora wherever she traveled. During her course and poetry workshop in 1984, Lorde connected with and mentored Black German women, among them May Ayim Opitz, Ika Hügel-Marshall, Helga Emde and Katharina Oguntoye, who all went on to play influential roles in the Afro-German movement, a movement Lorde’s presence in Berlin spurred onward even though Africans had been in Germany for centuries.

This movement, which gave language to the Black German experience, also gave rise to the term “Afro-German,” which borrowed from Afro- or African-American and came to be considered by the Black German women Lorde worked with as the term of their cultural heritage. Rooted in an understanding of the racial and social dynamics of Germany, which was not 99 percent white but always behaved like it was, the women proposed “Afro-German” in place of terms like “half-breed,” “mulatto,” or “colored.” The women were defining themselves for themselves—at Lorde’s urging.

Lorde’s early work with the Afro-German women she met resulted in the publishing of Farbe Bekennen, in English, Showing Our Colors: Afro-German Women Speak Out in 1986. It was the first book published in Germany that treated Afro-Germans as a national identity. Lorde believed in language as resistance; she knew that one’s silence would not protect them, so she encouraged the Black German women who attended her lectures and seminars to “document their rejection of despair, of blindness, of silence.” Lorde knew that “once an oppression is expressed, it can be successfully fought.” In writing Farbe Bekennen, these Afro-German women wrote themselves into the discourse, contributing their power and intellect to the reimagination of Germany’s national consciousness—one that accounted for the history of Africans in Germany and the racism that dominated German society’s treatment of them.

Lorde’s early work with the Afro-German women she met resulted in the publishing of Farbe Bekennen. It was the first book published in Germany that treated Afro-Germans as a national identity.

Farbe Bekennen was not the only result of their work. Founded in 1985 by May Ayim, Katharina Oguntoye, and other Afro-Germans, the Initiative Schwarze Deutsche (ISD), now known as the Initiative of Black People in Germany, was the first national organization of Black Germans still functioning as a support group for Black people in Germany today encouraging the collaboration of women and men. Founded a year later, Afro-German Women (ADEFRA), now known as Black Women in Germany, is a cultural policy forum of and for Black women focusing on education and empowerment, while providing a space for Black women to address their concerns about a myriad of topics.

Both ISD and ADEFRA formed publications, Afro Look and Afrekete, to continue the conversations begun after Lorde and Afro-German women encountered each other. May Ayim Opitz went on to publish poetry and work as an educator and advocate for Black Germans. In 2010, she had a street in Berlin named after her. In 1998, Ika Hügel-Marshall published her autobiography, Invisible Woman: Growing Up Black in Germany, about growing up Black in post-war Germany. Katharina Oguntoye co-founded Joliba e.V., in 1997, an intercultural network that supports Afro-German families to this day.

The work of these women—Lorde, Ayim, Hügel-Marshall, Oguntoye, and other Afro-Germans—provides a blueprint for women of the African diaspora everywhere today. The blueprint is one of daring to define ourselves into being through the written word, organizing, and whatever other productive means we have at our disposal. It is also a lesson in reaching across national lines and perceptions of difference in our experiences as Black woman to form transnational coalitions.

Lorde understood that her liberation, and the liberation of those who would come after her, was tied up in the liberation of Afro-German, Afro-French, Afro-Asian, Afro-American, and African women everywhere. She knew that the essential work of global feminism is connection. “We must share the strengths of each other’s vision as well as the weaponries born of particular experience. We must recognize each other,” she wrote in the introduction to Farbe Bekennen. By doing so, Lorde knew women of the African diaspora would gain the possibility of “fusing the best of all of our heritages” toward some semblance of unity and freedom.

Lorde understood that her liberation was tied up in the liberation of Afro-German, Afro-French, Afro-Asian, Afro-American, and African women everywhere.

“Our lives will be easier when we no longer have to continually explain our existence,” write Katharina Oguntoye and May Ayim in the editors’ introduction to Farbe Bekennen. Thirty-three years after its publication, I believe Black women’s lives are only beginning to touch the ease of which they wrote. This is because Black women the world over have continued their work: launching presses, forming wellness collectives, producing television shows, writing books, studying ourselves, and creating publications that center our experiences, our lives, and our narratives. Helped by the advent of social media, anyone anywhere can craft a narrative about their experience and be the author of their own story. I have in my own work endeavored to make clear the world as I see it, and it sees me from my particular vantage point as a Black woman. Our experiences are a rich place from which to create.

Before there was a term for it, Lorde was an intersectional feminist working across national—in the case of the Afro-German women—and other lines throughout her life toward liberation. “We are the hyphenated people of the Diaspora whose self-defined identities are no longer shameful secrets in the countries of our origin, but rather declarations of strength and solidarity. We are an increasingly united front from which the world has not yet heard,” Lorde wrote in the introduction to Farbe Bekennen. Thirty-five years after Audre Lorde first connected with those women who would come to call themselves Afro-German in West Berlin, it is clear the world heard Lorde and the Afro-German women she met during her Berlin years. In a time equally fraught with ideological and physical divisions, may we BIWOC too, like Lorde and the Afro-German women she met, do the work of defining ourselves and the times for ourselves, so that the world will be better because of the definitions and legacy we created too.

A model for Black girls who live on the road, Gabrielle Hickmon is a writer, author, and podcast co-host who rarely finds herself in one place for too long. 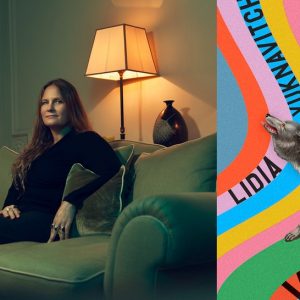