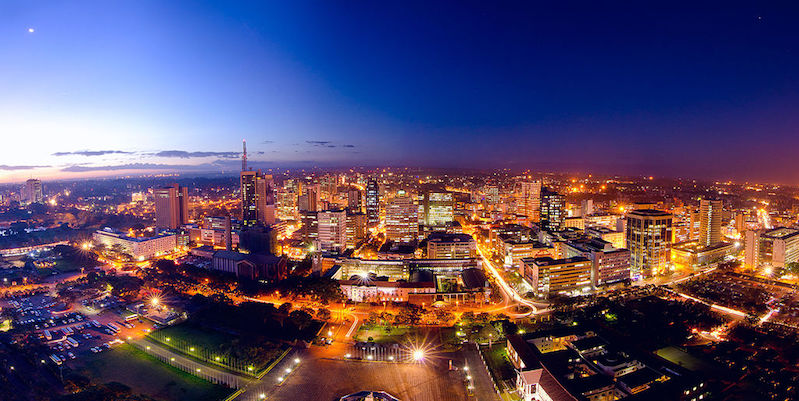 Carey Baraka on the Formation of a Vibrant Intellectual Scene

In literary Nairobi, first—above all else—there are parties. In someone’s house, in someone’s garden, in a rooftop after the launch of someone’s book. These centers shift—from Ali Zaidi’s house to Rasna Warah’s house to Parselelo Kantai’s house to Zukiswa Wanner’s house to Wambui Mwangi’s house to Frankline Sunday’s house to whichever writer’s house—but they remain constant, centers.

Sometimes, the writers move outside Nairobi—to a house in Kajiado, on the edge of the forest, or to a house in Marsabit, by the side of a mountain—but still, these parties, a lot of times, are the biggest ways that people build community and power.

The contemporary history of the Kenyan literary space begins with Kwani?, a collective founded in 2003 in Nairobi. This was around the end of the KANU regime, which had ruled Kenya since independence, and there was a wave of optimism running through the country. For two years in a row, writers affiliated with Kwani?—Binyavanga Wainaina in 2002 and Yvonne Adhiambo Owuor in 2003—won the Caine Prize, arguably Africa’s most important writing prize, while another, Parselelo Kantai, was shortlisted in 2004. Kwani? was the thing. Kantai wrote in 2007 that, “The idea behind Kwani? was to showcase emergent literary talent. But the larger idea was to explore the different ways of being Kenyan.”

Kwani? started as a result of informal conversations that took place in Ali Zaidi’s and Irene Wanjiru’s house in Loresho. At the time, Zaidi, the editor of The East African, would throw parties to which members of Nairobi’s artistic communities were invited to sit and chill and eat and drink and reflect. Ugandan writer David Kaiza writes that the first time he attended one of Zaidi’s parties, “It seemed that everybody was there… it was the sheer number of people in Ali Zaidi’s house that occupied my mind. From the sound of them (all eloquent), and the look of them (the tasteful but crumpled look of arty sorts) you could tell who the writer was, the filmmaker, the musician, the activist. Had he taken each one of them by the hand and said ‘Let me feed you’?”

These roots, the literary party, are the roots from whence the loose cultural community that became Kwani? sprung, there in Ali Zaidi and Irene Wanjiru’s garden. (The specific concept of Kwani? as a formal literary organization came later, at a party thrown by Ann McReath in honor of Binyavanga’s Caine Prize win.)

“In that circle, you did not simply say things. There had to be an intellectual filter, an optic, a politics via which you saw the world.”

Zaidi’s parties acquired a certain lore. A certain kind of person attended them; certain kinds of conversations were expected at his and Wanjiru’s house. Kaiza writes:

The talk was a high, theory-studded tenor. You turned here and caught a whiff of postmodernist extrapolation, that side someone in deconstructionist pique, and over there, postcolonial postulation. People held court, drew a circle, talked, then dispersed, sat by the fire, re-congregated around another forth-holder, filled glasses, opened another bottle. As I was quickly learning, in that circle, you did not simply say things. There had to be an intellectual filter, an optic, a politics via which you saw the world. It was like living inside the pages of The New Yorker, or the Times Literary Supplement, or the London Review of Books.

Muthoni Wanyeki, also described the scene at Zaidi and Wanjiru’s, “Where their daughter Tara was still running around refusing to wear clothes, where Irene’s stone and wood sculptures were all over the place, inside and outside, finished and not. Where there was always more cooking (if we were in luck, shami kebabs!) and always more alcohol. We would arrive with bags of supplies, sit outside, argue and debate some more.”

Of course, the story of the literary community and the party is one that has often been told, from A’Leila Walker’s 1920s parties for the community around the Harlem Renaissance to Ken Kesey’s acid tests and parties thrown by Scott, Zelda, Hemingway, Stein, and the rest of the Paris crowd. In literary Nairobi, communities have revolved around parties in individual houses: the Kwani? crew in Zaidi’s and Wanjiru’s house; the people in and around Storymoja Publishers who coalesced in the academic Wambui Mwangi’s house; the writers who attend soirees in Kenyan-based South African writer Zukiswa Wanner’s house; and the writers and artists around the journalist Frankline Sunday.

To a certain part of literary Nairobi, life kicked off properly in early 2010 when the academic Wambui Mwangi, tired of living away from where it was happening in Nairobi, hightailed it from Canada back to Nairobi, where she began working at Aga Khan University. Wambui’s community, more often than not, gathers at her Spring Valley house, a ten-minute car ride from Zaidi and Wanjiru’s old place in Loresho. Wambui said, “I believe in fostering community, is one answer, and an easy way to do it is by actually finding ways and reasons to have people come together to talk, and laugh, and be with each other in relations of respect, nurturing and trust.”

Sometimes, however, these literary parties are the sites of rupture. In September 2014, after a party at Wambui’s house, Shailja Patel, the author of Migritude, accused Tony Mochama, a fellow poet as well as the then-secretary of PEN Kenya, of sexually assaulting her. Several writers took sides, some of them coming out in support of Patel, believing her, while others made public statements in support of Mochama. In the five years since the original accusation, many of the relationships that were fractured in the fallout remain fractured. In August of this year, after the High Court awarded Mochama $87,070 in damages and ordered Patel to apologize to him, she left the country, promising that she would not be silenced.

A few months ago, the Kenyan journalist Frankline Sunday launched a literary journal. Named after a book by renowned Kenyan writer Meja Mwangi, Down River Road, or drr, which describes itself as an “an online and print journal for fiction, nonfiction, poetry and ideas,” is an exemplar of Nairobi literary culture, where nascent literary organizations emerge from the sorts of informal setups that happen in people’s homes. drr lists Sunday and Clifton Gachagua, the author of Madman at Kilifi, as its editors, while Kagure Gacheche is the copy editor and Bethuel Muthee, a member of the collective Naijographia, is the series editor.

Kenyan writers are now grappling with questions of how to democratize spaces that have been exclusive in the past, trying to see how to open them to more writers.

This pattern, in which parties serve as the founding units of a literary structure, is not without its critics. Some argue that access to Kwani? was harder for writers and artists who were not attendees at Zaidi’s parties. Others would contend that elites rarely set out to be elites; Jo Freeman writes, “Elites are nothing more, and nothing less, than groups of friends who also happen to participate in the same political activities. They would probably maintain their friendship whether or not they were involved in political activities; they would probably be involved in political activities whether or not they maintained their friendships. It is the coincidence of these two phenomena which creates elites in any group and makes them so difficult to raise.”

The party has become a way of community-building in literary Nairobi, but Kenyan writers are now grappling with questions of how to democratize spaces that have been exclusive in the past, trying to see how to open them to more writers. Muthee, a regular attendee at Sunday’s parties and an editor for drr, in a conversation with Gachagua, also a regular attendee at Sunday’s parties and an editor in drr, remarked, “Sometimes I feel like we go out in wide circles, trying to find what we are doing, trying to save, and I’m just like, can we be that’s where I want to be? Can I just chill and be BM?”

Still, Kenyan writers persist in trying to create the spaces that they (we) think they (we) deserve: a group of friends, thinking together, reading together, writing together, learning together, imagining together. More spaces can lead to the democratization of the literary space. And for Sunday and the community that converges in his house, as well as the other communities in and outside Nairobi, the Kenyan literary hustle continues.

Carey Baraka is a writer from Kisumu, Kenya. He sings for a secret choir in Nairobi.

In Search of Treasure in London's
Riverine Mud 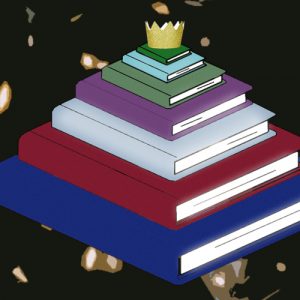 'Tis the season—of hot apple cider, gifts, and of course most importantly, love and family best-of year-end lists. After...
© LitHub
Back to top