The Light As She Saw It: On Sitting in Emily Dickinson’s Bedroom

Biographer Julie Dobrow on "Footstepping" and the
Poetic Power of Place

I’ve been in Emily Dickinson’s bedroom many times. But it was only recently that I truly saw the light there.

In the years of research I did for my book, After Emily: Two Remarkable Women and the Legacy of America’s Greatest Poet, I’ve spent innumerable hours in Amherst, the small western Massachusetts town in which Emily Dickinson spent her entire life. Apart from the time spent in libraries and archives, I’ve done a lot of “footstepping.” This is what my fellow biographer, Richard Holmes, has called the process of going where your characters went in an effort to try to see what they might have seen in those places, to understand their environments, their contexts. To walk the paths where my subjects walked; to go into buildings that were once their homes and imagine the scenes that happened there, has given me an amazing, physical, visceral connection to people long dead and to a world and a time gone by.

But for all the hours I’ve spent in Amherst, the many times I’ve been in The Homestead (the large mustard-colored house that was the Dickinson family home and is now the Emily Dickinson Museum) and the many moments I have paused in the corner room on the second floor that was Emily’s bedroom, I’d never spent a sustained amount of time in that particular place where the poet spent so many of her hours.

That changed a few months ago.

A producer who wanted to do a segment that drew from my work had contacted me. I arranged for us to tape in Amherst, and to spend some time in The Homestead on a day when it wasn’t open to the public. We ended up sitting in Emily’s bedroom for several consecutive hours.

It was still summer—late summer—when here in New England there are already signs of the season’s change:  the maple tree with a few leaves turning color, the cooler evening, the sound of geese flying low, recognizing that their northerly time is starting to wane. And then there’s the changing light.

I’ve done a lot of “footstepping,” going where your characters went in an effort to try to see what they might have seen.

I sat in Emily’s room as the light shifted, speaking with the producer about Mabel Loomis Todd’s life-altering extra-marital relationship with Emily’s older brother Austin, how this roiled everyone in the Dickinson and Todd families and how—in a sideways kind of way—their relationship would eventually lead to the publication of Emily’s poetry.

Austin was also married to someone else when he met Mabel in the fall of 1881. When their romantic relationship began he first brought Mabel into this house where his sisters Lavinia and Emily lived with their invalid mother to play music for his family. It was here that Mabel would come to know—but never actually meet—the mysterious Emily. She listened to Mabel’s singing and piano playing from her upstairs bedroom, behind her partially opened door. Emily would reward Mabel’s music with offerings—a glass of sherry on a silver salver, a flower from her conservatory, a piece of cake. And sometimes, Emily sent along a poem.

From the very first time she read one of Emily’s poems, Mabel realized that while their form was most unusual and Emily’s use of words and punctuation, idiosyncratic, the poems were brilliant. The poetry, as Mabel recorded in her diary, was “full of power.”

While some people were aware that Emily Dickinson wrote poems, no one knew the extent of her work. After she died in 1886, her sister Lavinia discovered the enormous cache of poetry. She became determined to find a way to get it published. Lavinia eventually turned to Mabel, someone well known to her through the illicit relationship with Austin. Once Mabel agreed to take on the project, she spent years deciphering Emily’s difficult handwriting, attempting to discern which of the many word choices Emily left behind she truly intended, and transcribing the poems and poem fragments. Some were actually written on the backs of envelopes or in the margins of grocery lists.

Mabel worked with Colonel Thomas Wentworth Higginson, a Civil War veteran, abolitionist and well-known essayist and literary advocate to whom Emily had sent a number of poems during her lifetime. Together, Todd and Higginson made a number of editorial decisions to regularize features of Emily’s poetry. They believed that by making the verse conform to more typical 19th-century poetic style they could get it published—and that it would be better received by the reading audience of the time. These decisions, including and especially their choice to give titles to poems that originally bore no name, would become controversial in later years. But the strategy worked. The first book of Emily Dickinson’s poetry came out in 1890 and quickly went through several printings. This slim volume launched the career of the reclusive woman who today is known as one of the world’s greatest poets.

But what we know of Emily’s world is limited. She did not keep a diary. She had no children of her own and none of her brother’s children had children—there were no direct descendants. Emily instructed her sister to destroy her correspondence upon her death; fortunately she left behind no such instructions about her poetry.

Some of what we know about Emily Dickinson has been reconstructed through the letters she sent to others, or through what scholars know about 19th-century Amherst, or through what we might glean from her poetry. But on that day when I sat for hours in Emily’s bedroom, as she had, I learned something else about her.

Sitting in Emily’s room and seeing the light change I understood as never before how part of the magic and staying power of Dickinson’s poetry is in taking these small moments and enlarging them.

I watched as the sunlight shifted through Emily’s windows. And I realized that this what she would have seen, these same patterns of sun and shadow, the same play of sunlight as it moved across the room, the way the reddish tone of her cherry writing table illuminated. These were the same windows she looked out, into the light, and in it she somehow realized a world that was much bigger than the one she saw.

Sitting in Emily’s room and seeing the light change I understood as never before how part of the magic and staying power of Dickinson’s poetry is in taking these small moments and enlarging them. I thought of lines from some of her poems, how they use the imagery of light, the very light that filtered through those very windows, and then go on to illuminate other worlds. Whether it’s that “certain slant of light, on winter afternoons” or how “the sunrise shook from fold, Like breadths of topaz,” Emily Dickinson knew that this light she saw through her bedroom windows, at different times of day and season, allowed her to reflect new perspectives. When I saw the light dancing across Emily’s bedroom, I realized, anew, how her carefully chosen fragmented words and sparsely drawn imagery began with what she saw from the self-imposed confines of her room and home, and opened up images, thoughts and feelings that went well beyond her windows. 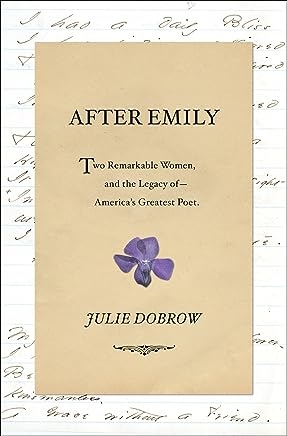 Julie Dobrow’s After Emily: Two Remarkable Women and the Legacy of America’s Greatest Poet is out now from Norton.

Julie Dobrow is a professor at Tufts University and serves as director of the Center for Interdisciplinary Studies. Her writing has appeared in Boston Globe Magazine and The Huffington Post, among other publications. Her biography of Mabel Loomis Todd and Millicent Todd Bingham After Emily: Two Remarkable Women and the Legacy of America’s Greatest Poet, is out from W.W. Norton & Company. She lives outside of Boston. 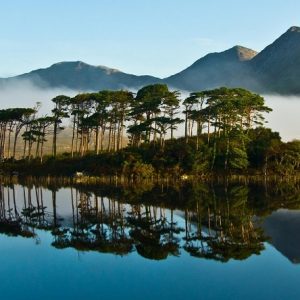 We live in an era where outstanding writing about humanity’s connection to the natural world is widespread, with more appearing...
© LitHub
Back to top