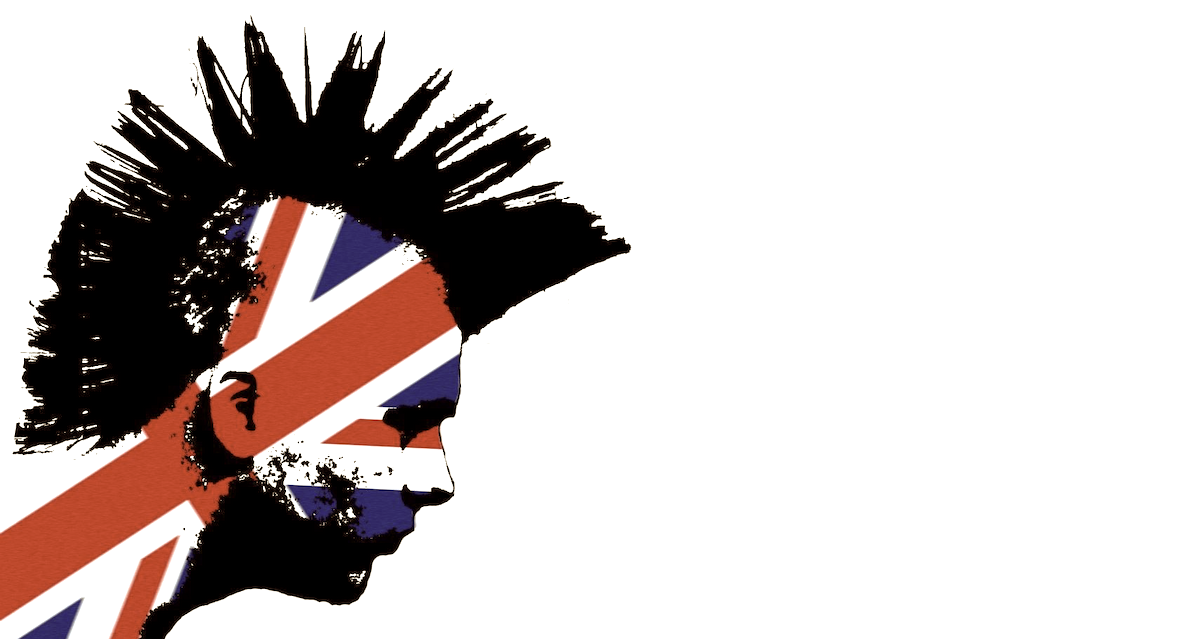 If you are English and in your fifties or early sixties, two things are likely to be true of you. One is that in 2016 you voted to leave the European Union: 60 percent of both men and women in the UK aged between 50 and 64 did so. The other is that you were, in the immediate period after the UK joined the Common Market, a punk. Or if not an actual punk, then a vicarious one, living off the thrills of the most powerful and original English cultural movement of modern times.

These two truths are closely related. At the level of high politics, Brexit may be defined by upper-class twittery. It seems more P.G. Wodehouse than Johnny Rotten. But at the level of popular culture, it is pure punk. John Lydon (formerly Rotten), having initially opposed Brexit, later identified himself with it: “Well, here it goes, the working class have spoke and I’m one of them and I’m with them.”

In a sense, this is the wrong way round—they are with him, or at least with the Johnny Rotten of the mid-1970s. Had it not had the genius of Take Back Control, a perfect slogan for the Leave campaign would have been Never Mind the Bollocks, Here’s Brexit! For it is in punk that we find, not just the nihilistic energy that helped to drive the Brexit impulse but, more to the point, the popularization of masochism. What heroic failure and fantasies of Nazi invasion did for the middle and upper classes, punk did for the young and the working class. Many Brexit voters were formed by its most breathtaking, counter-intuitive stylistic gesture—the idea of masochism as revolt, of bondage as freedom. Punk took bondage gear out of the bedroom and onto the street; Brexit took coterie self-pity out of the media-political boudoir and into real politics.

Objectively, the great mystery of Brexit is the bond it created between working-class revolt on the one side and upper-class self-indulgence on the other. There would seem to be an unbridgeable gulf of style and manner—let alone of actual economic interests—between the stockbroker superciliousness of Nigel Farage or the self-parodic snootiness of Jacob Rees-Mogg on the one side and the raw two-fingered defiance of working-class patriotism on the other. Brexit depended on an ostensibly improbable alliance between Sunderland and Gloucestershire, between hard old steel towns and rolling Cotswold hills, between people with tattooed arms and golf club buffers.

One great binding agent was “Anarchy in the UK,” the sheer joy of being able to fuck everything up. Boris Johnson, who used The Clash’s “London Calling” as the theme song for his successful campaign to be mayor of London, also chose the same band’s version of “Pressure Drop” on Desert Island Discs in October 2005. On that program, in a rare moment of self-reflection, Johnson spoke of the pleasure of making trouble that motivated his mendacity: ‘so everything I wrote from Brussels, I found was sort of chucking these rocks over the garden wall and I listened to this amazing crash from the greenhouse next door over in England as everything I wrote from Brussels was having this amazing, explosive effect on the Tory party, and it really gave me this I suppose rather weird sense of power’.

Essentially, this differs not at all—either as a psychological satisfaction or as a career move—from the way Johnny Rotten made himself famous: “Johnny Rotten, a member of the group,” the Guardian reported in 1976 after the Sex Pistols had exploded into wider British consciousness in an outrageously offensive TV interview, “said in a BBC interview that he had launched himself to stardom by walking up and down the King’s Road in Chelsea, spitting at people. ‘I did it because they were stupid.’”

It is not accidental that the far-right Faragist side of the Brexit movement chose to paint itself as a political wing of the Sex Pistols.

Throwing rocks over the garden wall to hear the crash from the neighbor’s greenhouse windows is the upper-middle-class Home Counties version of spitting at people on the King’s Road because they are stupid. And each has the same performative quality of edgy clowning in which everything is at once very funny and highly sinister. The somewhat despairing question that Bill Grundy asked in his notorious Sex Pistols TV interview—”Are you serious or are you just… trying to make me laugh?”—hangs over Johnson’s entire political and journalistic career. Tory anarchism always had a taste for the outrageous: before the Sex Pistols said “fuck” on television, the last person to do so was Sir Peregrine Worsthorne, then deputy editor of the Sunday Telegraph and an obvious journalistic model for Johnson.

They are all bad boys. It is not accidental that the far-right Faragist side of the Brexit movement chose to paint itself as a political wing of the Sex Pistols. Its supplier of dark money, Arron Banks, called his hastily cobbled-together book The Bad Boys of Brexit: Tales of Mischief, Mayhem & Guerrilla Warfare in the EU Referendum Campaign. “Let’s shake this up,” Banks records himself saying to Nigel Farage in July 2015 as they are planning what would become an openly racist campaign. “The more outrageous we are, the more attention we’ll get; the more attention we get, the more outrageous we’ll be.” In the book’s cast list, we get, for example, Chris Bruni-Lowe, described by Banks with admiration as “Farage’s energetic director of strategy and data nerd. Rules the UKIP office through brutal, laddish mockery…”

Mischief, mayhem, bad boys, brutal laddish mockery, the knowledge that the more outrageous they were the more attention they would get—all of this was pioneered by the Sex Pistols’ Svengali Malcolm McLaren. It would be a good quiz question to ask whether this passage is by McLaren or Banks: “I had created a feeling that was both euphoric and hysterical. On that tour bus, you couldn’t help but be aware of an enormous range of possibilities—that whatever was happening couldn’t be predicted, that it was a movement towards a place unknown. We had the means now to start a revolution of everyday life.” It is actually McLaren on the Pistols’ first tour, but it could describe, word for word, the careening course of the Brexit campaign.

Punk also created the most powerful paradox in the deep neurosis of Brexit: the strange psychic mash-up of revolt and pain, of bondage and freedom, of liberation and self-harm.

Aside from these affinities between Tory anarchism and punk nihilism, there are two deeper ways in which being a punk in the 1970s might have prepared you to be a Leave voter in 2016. One is that punk was actually a brilliant, unexpected and thrilling reinvention from the bottom up of the English cult of heroic failure. McLaren’s enterprise was consciously self-destructive: “My intention was to fail in business, but to fail as brilliantly as possible. And only if I failed in a truly fabulous fashion would I ever have the chance of succeeding.” More importantly, for the young people who actually adopted it, punk was a way of reclaiming dignity by defiantly celebrating their own failure to get on in the approved manner. Its style was the playing up of wretchedness, the creation of fashion from the detritus of consumerism-wearing bin liners and ripped T-shirts, turning the safety pin, shameful emblem of poverty, into a form of decoration. It was the ultimate triumph of failure—and of treating triumph and failure as twin imposters. It is not as far as it seems from the stiff upper lip to the curled lip, from the heroic not caring of Captain Scott to the great snarl of Rotten’s “And we don’t care” at the end of “Pretty Vacant.”

But punk also created the most powerful paradox in the deep neurosis of Brexit: the strange psychic mash-up of revolt and pain, of bondage and freedom, of liberation and self-harm. McLaren and Vivienne Westwood’s clothes shop SEX  sold “fetish wear—rubber and leather gear—that would at once appeal to a specialized market and be adopted by teenagers.” The idea, as Westwood explained, “was to take these taboo garments ‘out of the bedroom and into the streets: now that would be really revolutionary!'” It was not just clothes—studded wristbands and dog collars were also taken from the S&M clubs onto the streets.

John Lydon also pioneered the idea of the straitjacket as a fashion item: “The bondage suits that Vivienne made were wonderful, great, crazy things. But they actually came from a photo-shoot I did some time earlier, where I was in a real bondage suit. You know, from the mental asylum. And I liked it. I liked the confinement of it, the restriction.” Lydon described the pleasures of wearing these bondage suits as a kind of self-abnegation: “You put that on, and basically you’re insulting yourself, but you’re also clearing yourself of all egotism.”

It is striking that this idea of sadomasochism as “really revolutionary” dovetailed with the more mainstream dark fantasies of defeat—punk had its own version of the Nazi invasion of England. One of Johnny Rotten’s signature Westwood-designed shirts, worn with bondage-style leather gear, has the slogan Destroy, an altered image of a penny postage stamp in which Queen Elizabeth’s head is being cut off, and a huge swastika. In Dennis Morris’s iconic photograph, Rotten, while wearing this outfit, is posed like Christ on the Cross, the ultimate image of glorious suffering.

Lydon, in retrospect, found it hard to understand what this was about: “Vivienne Westwood took the style into really dangerous territory, when, for example, she adopted the swastika. That was a seriously challenging thing to be wearing. I don’t have a useful answer as to why it was considered acceptable.” But this was more than just a random assemblage of images. As Jon Savage notes, “As well as T-shirts sporting gay, S&M and paedophile imagery, SEX sold Nazi memorabilia and armbands sporting swastikas.” Punk stormtroopers paraded down the King’s Road in genuine Nazi relics.

The English generation that was shaped by punk thus absorbed more than a renewed and radically re-energized idea of heroic failure. It was familiarized with what would otherwise be an outlandish contradiction—the fusion of freedom with self-inflicted pain. Wild revolt is one side of the coin but the other is pleasurable confinement, restriction, bondage. There is in all this both a breaking free and a submission to being tied up. A single sentence of McLaren’s says it all: “These trousers, our bondage trousers, were a declaration of war against repression.” To translate that into bad-boy Brexitese: any transgression is revolutionary even if it celebrates self-harm. 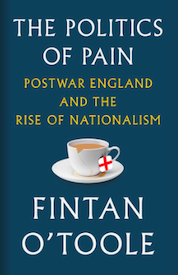 Fintan O’Toole was born in Dublin in 1958 and holds a degree in English and Philosophy from University College Dublin. He is a columnist, literary editor and drama critic for The Irish Times and a regular contributor to The New York Review of Books. Additionally, he is the author of a number of non-fiction titles, including White Savage (Faber, 2005); Ship of Fools (Faber, 2009); and A History of Ireland in 100 Objects (Royal Irish Academy, 2013). O’Toole is also the winner of the 2017 Orwell Prize for Journalism and the 2017 European Press Prize as well as the Newsbrands Ireland Journalism Awards Broadsheet Columnist of the Year for two consecutive years, in 2017 and 2018. He currently lives in Dublin.

Ignoble: On the Trail of Peter Handke’s Bosnian Illusions 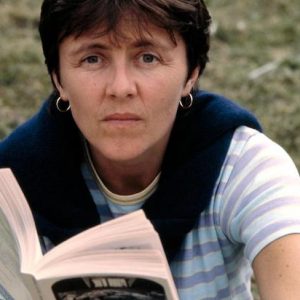 1979 I’ve found a workroom I can rent, over a dress shop in Moonee Ponds. It looks north towards a low mountain very...
© LitHub
Back to top
Loading Comments...