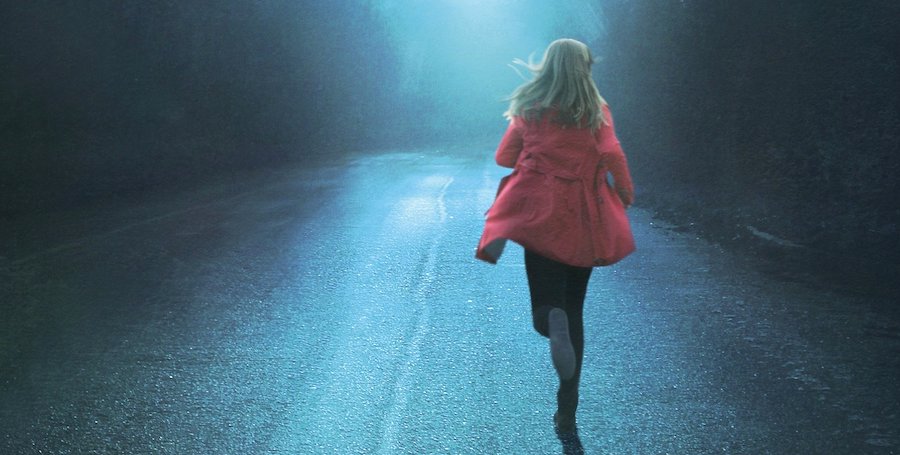 I grew up on a Virginia cul-de-sac with two parents and a Super Nintendo. I thought myself serious and pensive; I considered the meaning of life, not just a grade on a spelling quiz. I was both precocious and anxious—how often these occur together—and believed perhaps that melancholy was a necessary component of intelligence, though I had little reason to be sad. Until I found Lurlene McDaniel.

In the 80s and 90s, Lurlene McDaniel wrote melodramatic books about sick kids, inspired by her son’s diagnosis of juvenile diabetes. Her books are darker than The Babysitter’s Club, which as a middle schooler I’d just grown out of, but not as edgy as Sweet Valley High (no cocaine overdoses here). When it comes to tearjerkers with a Christian bent, Nicholas Sparks has nothing on McDaniel. Her 1995 title Don’t Die, My Love follows the epic romance between a high school football star and his girlfriend when he finds out he has cancer. It was adapted into a TV movie with the tagline, “It took enormous courage to love this much. And even more to watch it die.”

McDaniel’s best books were within the One Last Wish series, in which terminally ill teenagers are gifted $100,000 with an anonymous note, assuring them that the donor understands their fear, pain, and isolation. In Mother, Let Me Live, 15-year-old leukemia patient Sarah finds out that she’s adopted (gasp), so her parents aren’t bone marrow matches (sob), and she sets out to find her birth mother to see if she’s a match. In Someone Dies, Someone Lives, track star Katie needs a heart transplant and falls in love with her donor’s brother. In Please Don’t Die, Katie spends the summer at Jenny House, a high-end camp for sick kids, forging lifelong friendships with four other girls—one of whom, heartbreakingly, doesn’t survive the summer. In She Died Too Young, Chelsea makes friends with Jillian as they both await a heart transplant, though Chelsea gets it and Jillian dies, well, too young.

I was introduced to real life pain through imaginary people, the least painful way to navigate tragedy.

The titles say it outright: Die. It’s melodrama, but it’s also refreshingly frank. There’s no talking around these tragedies, no whispering things that are too terrible to say aloud. The books are pulpy and the writing is stilted, the dialogue unrealistic and full of exposition. There’s no subtlety here, but as a tween it was like consuming pure sugar. These books make adolescence a matter of life or death, which of course, is how it feels to anyone going through it.

During summer breaks, cozy on the sofa in my suburban bubble, I devoured McDaniel’s books and other dramatic fare like The Face on the Milk Carton. A librarian gave name to my reading preferences: “contemporary realistic fiction,” the more depressing the better—divorce, paralysis, war, and especially death (I see your Bridge to Terabithia and raise you A Taste of Blackberries and On My Honor). It was a way to safely infuse some drama and sadness into my safe, boring life. I became hooked on the One Last Wish books, where the stakes—life and death—were as high as any, real or fictional. Cancer had not yet come for anyone I knew.

At the time, these books felt like primers to major illness. Full scenes function mainly as info dumps about donor registries, blood sugar testing, transplant surgery. I first encountered the word “chemo” in a McDaniel book, and I learned about anti-rejection drugs before I’d used a tampon. The books made me feel like I knew something niche and important about how the world works, and they satisfied an inherent voyeurism. I was introduced to real life pain through imaginary people, the least painful way to navigate tragedy.

In some ways these books are like horror novels, especially terrifying because illness could happen to anyone at any time; it felt more real to me than monsters, and more upsetting. Illness appearing for no reason, targeting young people—it’s the scariest story of all. I was never a big consumer of Goosebumps or Fear Street, but I got my chills thinking of tumors, hair loss, bleeding out. I learned symptoms. I became convinced I had leukemia every time I forgot the origin of a bruise or a shaving nick took too long to clot. When I had to pee, too soon, it seemed, after the last time I went, I was sure it was a sign of diabetes. It’s hard to say which came first, my worry over illness or my reading of the books, but I’m certain McDaniel both satisfied and created this obsession. She gave shape to my general anxiety.

The story that stayed with me most through the years is All the Days of Her Life. After Jenny House, diabetic 16-year-old Lacey hides her condition from her friends and plays with her diet and insulin in an ill-advised attempt to lose weight and snag heartthrob Todd, all while ignoring Jeff, the hemophiliac she had a fling with last summer. Lacey’s story is more mature, more dangerous than the BSC books I’d loved but recently set aside. She goes to a party and turns down alcohol because of its effect on her blood sugar. When a classmate catches her with a syringe in the school bathroom, she accuses her of doing drugs. Lacey is denying IV narcotic use, while I freaked out over standardized tests.

Lacey hates her illness, and anyone else’s—she’s in denial, trying desperately to be popular and believing, for some reason, that her diabetes will prevent it. She is a teen rebelling against the hard truths of her body, a theme which resonates as much now as when I was 12. She’s an outlier among McDaniel’s characters—while others accept their fate, Lacey is hard edged and cynical. She’s the closest thing to a real person in books that are extremely unrealistic.

Lurlene McDaniel books are, perhaps by design, nothing like real life. Patients are treated in private hospital rooms by unhurried, caring doctors with friendly bedside manners. Pain, both emotional and physical, is glossed over. Parents are loving and sometimes stern, never falling apart—no keening from a father faced with losing his baby. There is little in-depth discussion about grief and loss, feelings that don’t lend themselves easily to narrative. Grief isn’t a hero’s journey, ending in triumph or defeat. It just is. These books were entertainment because their subject matter wasn’t real to me. A good cry truly felt good.

McDaniel created a fantasy out of youth illness. Her characters suffer but endure, perhaps weaker in the body but stronger where it counts. They learn something about family and friendship and love and what truly matters in the world, and carry that with them, wisely ever after. If they have to die—and only the non-point-of-view characters do—they do it surrounded by friends and family, convinced of the love of their crush.

I didn’t want to die, I didn’t even want to be sick, but I craved this wisdom, this strength, this importance within my world.

Like a dead girl, we obsess over dying youth in stories. We idealize the kids who are gone before realizing their potential. They are made to seem so noble, so hurting, so briefly a part of this world. They haven’t had time to make mistakes—too much time in hospitals, too much flagging energy—and they won’t: they’ll be gone before they marry the wrong person or spend years in a career they hate or force their friends to come to their improv show. They are pure, they haven’t fucked up yet.

Sick kids in fiction contemplate life’s biggest question, they are faced with both eternity and the lack thereof. They are the rare young people who do not believe that they will live forever. There’s a magic in almost dying. They know something we don’t, it turns them into a mage. Is there anything more dramatic than dying before your time? And yet, what is your time? At what point does it become acceptable, ordinary, to die?

Even while McDaniel’s characters gripe over relationships and school, they have experienced loss and fear and illness that bely their age. It wizens and strengthens them. And perhaps Lurlene’s genius is that she also humanizes them. I fetishized the sick kid, even as a child myself. I didn’t want to die, I didn’t even want to be sick, but I craved this wisdom, this strength, this importance within my world. Reading about it was the next best thing. It’s the appeal of weepy books, the catharsis of letting go of something I didn’t know I was holding.

McDaniel still publishes around a book a year, but other authors have picked up the baton of illness-as-story-arc. Stories about dying kids have existed for years, but so-called “sick lit” became a YA micro trend 20 years after the popularity of the One Last Wish series—Rachael Lippincott’s Five Feet Apart, Wendy Wunder’s The Probability of Miracles, Nicola Yoon’s Everything, Everything, the short-lived TV dramedy Red Band Society—with increasing accuracy. John Green’s adult-crossover The Fault in Our Stars depicts the grotesqueness of illness as well as the heartbreak; it is not aspirational. Kids today crave the same catharsis I did and need a safe way to deal with perennial questions about living fully and how we affect other people on earth. Honestly, I still do too.

I know now how truly horrible illness is. It is devastating in a way that McDaniel didn’t even attempt. The tears are not cathartic, not safe. These books didn’t prep me for any of that, and how could they? The real thing doesn’t make a good story.

Rereading them as an adult, instead of imagined sadness, I feel gratitude—just like Katie after her transplant. Inhaling at yoga reminds me that I don’t need round the clock oxygen. Washing my hair means that I have it. And stepping into Lacey’s story reminds me that its okay for women to feel angry at our circumstances, even more now than it did then.

Now that I know there is evil in the world, I don’t have to look for heartbreaking stories. I don’t crave drama in my life, privileged though it still may be. I don’t have to play at loss. But I still see the appeal of these books, the sanitized stories of life and death, friendship and romance. It’s nice to be able to close the book when you’re done feeling sad.

Katy Hershberger is a writer and editor living in New York. She writes about books, entertainment, food, and other things that sustain life. She holds an MFA in Nonfiction Writing from The New School and is the Senior Editor for YA books at School Library Journal. Her work has appeared in Slate, Longreads, Catapult, Electric Literature, TinHouse.com, the Washington Post, and elsewhere. Find her on Twitter @katyhersh.

Virginia Woolf's Mother Haunts
Much of Her Writing 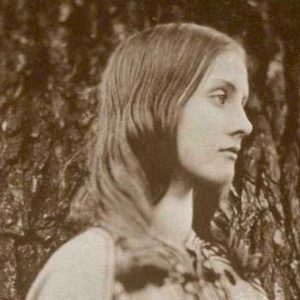 Virginia Woolf's Mother Haunts
Much of Her Writing

Virginia Woolf became a novelist in part because, through imaginative projection and writerly craft, fiction enabled her to feel...
© LitHub
Back to top