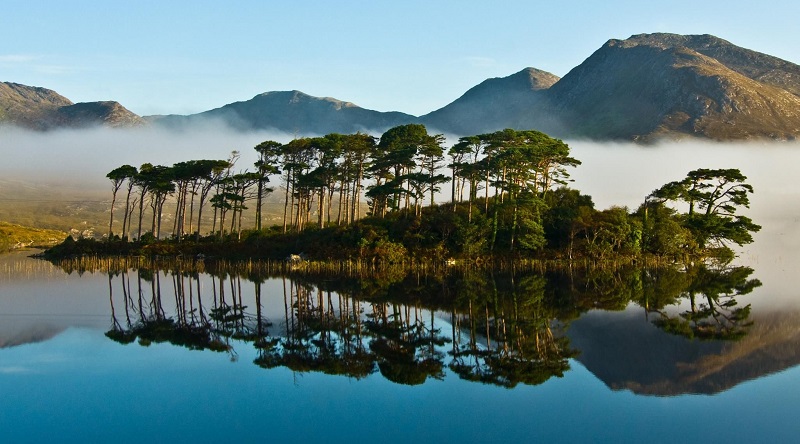 We live in an era where outstanding writing about humanity’s connection to the natural world is widespread, with more appearing each year. This is, as they say, the good news. The bad news is that this connection is being revisited by so many writers and thinkers because of the current state of the environment and the natural world—which is to say, things are bad. The title of Roy Scranton’s recent essay collection is emblematic of this phenomenon: We’re Doomed. Now What? Even reading fiction can prompt moments of despair, whether it’s the image of a flooded New York City in Alex DiFrancesco’s novel All City or the sequence at the end of David Mitchell’s The Bone Clocks that describes a near future in which failed states give way to warlords, despair, and death.

But there’s a fine line between raising concerns about the future of the planet and reveling in its collapse. All of which means that, paradoxically, some of the most urgent writing about the environment and the importance of landscapes can come from writers whose work reads almost optimistically.

The narrative that Isabella Tree recounts in her book Wilding: Returning Nature to Our Farm is one of unexpected rebirth. Tree and her husband, Charles Burrell, reside on an estate in England which they had farmed for years. As the process of farming became more exhausting and its income more tenuous, they opted to make an unconventional choice: to shift away from farming and instead let much of the estate return to a wilder state.

“One of British conservation’s most conspicuous failures in the 20th century has been to concentrate on individual species in the neglect of ecosystems,” Tree writes. Later in the same paragraph, she makes an acute observation about the effects of this failure: “If we had not allowed a dynamic ecosystem to establish here, we would never have had turtle doves in the first place.”

Wilding juxtaposes the lyrical and the pragmatic: there are moving paeans to the way the ecosystem has shifted, which also have the effect of creating a sense that restoration of a broken environment might actually be possible. But Tree balances this with demonstrations of how those ideals can coexist with making a living—via the addition of the cattle that roamed on part of the grounds. It makes for an interesting contrast with Paul Kingsnorth’s recent Savage Gods—a book where the tension between environmental ideals and sustainable reality is a constant.

There’s a fine line between raising concerns about the future of the planet and reveling in its collapse. Some of the most urgent writing about the environment can come from writers whose work reads almost optimistically.

In Wilding, Tree writes that “a by-product of rewilding began to present itself as a potentially significant revenue stream. We were, in effect, producing premium organic longhorn beef with no feed or infrastructure costs and barely any veterinary costs at all.”

Reading Tree’s book, readers may find more than a few echoes of Marc Hamer’s recent memoir How to Catch a Mole. Hamer emerges as a fascinating, contradictory figure within the pages of his own book, equal parts pragmatic and mystic. But he’s also writing as someone deeply in tune with the landscapes in which he’s worked for decades. When I spoke with Hamer about his book, he mentioned that moles tend to thrive in carefully maintained lawns and landscapes, and that the best way to get rid of moles is, essentially, a sort of suburban rewilding.

If Wilding is a book about taking solace in the environment by looking into the future, Tim Robinson’s Listening to the Wind offers a kind of peace by revisiting a region’s past. Admittedly, this is true to an extent for Tree’s book as well—it is fundamentally about “rewilding” rather than just “wilding.” But Robinson’s forays into history also have implications for the present day—and for questions of preservation and sustainability.

Robinson’s book focuses on Connemara, located in County Galway, Ireland. “In Connemara Derryclare is the best-preserved relic of the forest of pre-human millennia,” he writes—one of many instances in his book where he focuses on the natural world. Earlier in the book, Robinson writes of his own efforts to help in the region’s preservation when a dispute arose over the removal of 50 tons of sand, which could have had a serious effect on the region’s dunes.

For Robinson, this knowledge of a place is tantamount to working to preserve it. Early in the book, Robinson describes how he came to live in the area; throughout, he describes his relationship to it. “We find ourselves in a world compacted out of our forbears,” he writes. “In art we take responsibility for this face, or at least recognize our ineluctable complicity in its processes.”

As an American reader of these books, there’s a helping of despair to go with the optimism. Tree is very candid about the way the British government encouraged rewilding, and of the process by which governmental assistance enabled Tree and her husband to convert their land from farmland to preserve. It’s an inspiring story, but to read it across the ocean, in a nation where (for example) public lands are currently being opened to development, is deeply sobering.

“We find ourselves in a world compacted out of our forbears,” Robinson writes. “In art we take responsibility for this face, or at least recognize our ineluctable complicity in its processes.”

That same sense of living in a country that emphasizes preservation is also present when reading Robinson’s book. It’s not quite as essential to the narrative as it is in Tree’s, but it remains close throughout. And in reading Robinson’s, one finds resonances in efforts in the United States to preserve the environment due in part to the historical significance of certain places, Standing Rock being the most prominent among them.

But wherever you live, there’s a joy in reading Isabella Tree’s detailed descriptions of the flora and fauna that arrived in her vicinity after the rewilding process began; there’s a charm in reading Robinson’s accounts of the natural and cultural history of Connemara. There’s plenty of urgency in each of their books, but readers opening them up will also find an unexpected source of hope.

It's the Just the Right Book Holiday Gift Guide!

The Light As She Saw It: On Sitting in Emily Dickinson's Bedroom 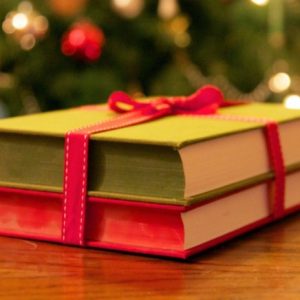 It's the Just the Right Book Holiday Gift Guide!

In this episode of Just the Right Book with Roxanne Coady, host Roxanne Coady and the staff of R.J. Julia Booksellers share...
© LitHub
Back to top