Jeet Heer on the complex origins of Little Orphan Annie • Amy Brady recommends five new books that tackle the climate crisis • Emily Temple on how to begin your Steven Millhauser obsession • Joy Williams remembers Brad Watson • A taxonomy of nonfiction: Karen Babine on the peculiarities of genre, form, and more • Sophy Roberts offers some advice on packing for Siberia • On deceptive ravens, bluffing shrimp, and other bullshit artists of the natural world • Ligaya Mishan on the view of the climate crisis from Hawai’i • Episode two of the Mighty SONG Writers, with jazz pianist Marcus Roberts • Recommended August reading from Lit Hub staff and contributors • Morgan Jerkins on telling the story of her family • We need to treat artists as workers, not decorations • Laura Lippman on the (non-)journey to eating what she wants, when she wants • It takes many voices to find the truth: John Freeman on the anthology as social movement •  Letter to a daughter who will wear two masks: Jasmon Drain on what is covered and hidden • Maggie Levantovskaya on Flannery O’Connor’s chronic illness and chronic racism • Five great audiobooks by Black women • How similar are the hot, historic summers of 2020 and 1968? • Barry Lopez on natural landscapes, metaphorical living, and Warlpiri identity • Bradley Garrett on the hard work of prepping for the end of the world in Paradise Valley • Rónán Hession on the quest for kindness in fiction

10 crime and mystery novels to check out this August • Lisa Morton and Leslie Klinger introduce us to the weird women of 19th century horror and their cutting-edge tales of terror • Elsa Hart recommends 9 mysteries featuring collections • Catherine Ryan Howard says it’s time to demystify serial killers • Olivia Rutigliano rounds up the 35 most iconic caper films—and ranks them • Laura Lippman opens up about parenting, aging, and exploring her dark, twisted imagination • Poppy Gee on small town mysteries across the globe • Crime and the City heads to Dublin • Susanna Lee on the Continental Op and the Great Depression • Susanna Calkins on the mystery plays of Gangland Chicago

Here's a list of non-distressing things to read this weekend.

David Runciman: What Can Thomas Hobbes Tell Us About Donald Trump? 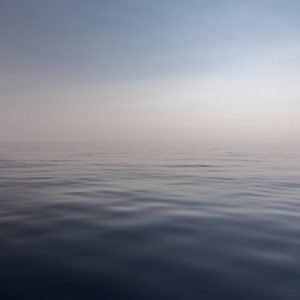 Here's a list of non-distressing things to read this weekend.

This week, a reader broke the usual flow of publicity announcements and pitches in our general inbox to ask: Are we okay?...
© LitHub
Back to top