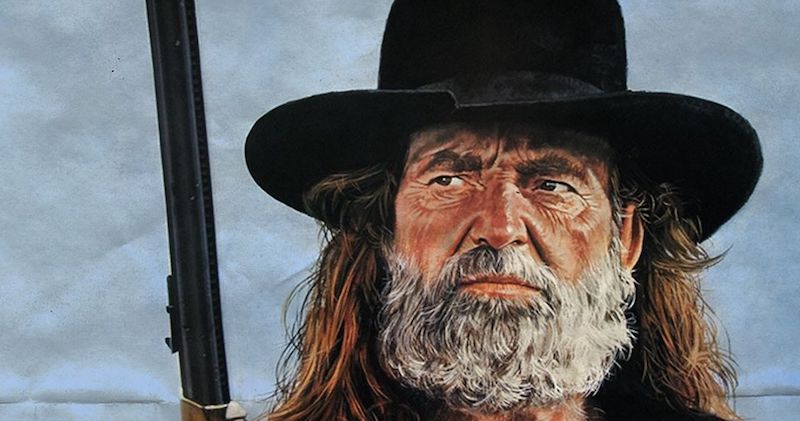 I like to play an old vinyl copy of Willie Nelson’s Red Headed Stranger for my child. She’s six, and she perks up with the song “Hands on the Wheel,” which I have forever sung as her lullaby. She doesn’t understand that the full weight of the concept album’s cycle—in which a protagonist emerges from consuming violence and despair—comes to bear on this hopeful melody. Nor does she realize the many shapes that “Hands on the Wheel” has taken for her father over the better part of five decades.

She does not and should not understand that even now, homebound, her teary gripes of “When is this coronavirus going to go home, so I can play with friends?,” the lyric conforms:

The price tag on that handed-down album reads 11/1975. I glance at it and picture my father, or my stepfather, both of whom bought a copy of this record in the wake of their respective Vietnams (as did everybody else’s white daddy veteran in Texas, not to mention the legion of counterpart hippies, or the millions nationwide).

My daughter doesn’t know this, nor can she know that the lyric “I looked to the stars / tried all of the bars / ‘til I’d nearly gone up in smoke” speaks tacitly to the searching of those veterans—in my estimation, anyway—let alone my own, postwar reckoning.

The first voice on Red Headed Stranger is that of the Narrator, a Sophoclean witness who provides an overview of the drama.

Lost to the gentle melody, she won’t even try to sing along. This is okay. Though I had memorized every word, note, and nuance to the Red Headed Stranger before I knew the Pledge of Allegiance, it took me half a life to understand the lessons it provided in narrative, craft, and culture.

I first heard the album when I was 5 years old, in 1976, in San Antonio. This was a dozen years before someone assigned me Winesburg, Ohio, and two decades or more before I found Toni Morrison or Jennifer Egan, Markson or Calvino, or anyone else whose story structure might reconsider time, place, and presentation.

In between these reads I’d been to a war, come home, and at some point tried to write my first story. All the while I’d circle back to that song, and that album. Listening and ingesting the many twists and recurrences of the plot, points of view, and of the storyteller’s back-forth memory, I was unknowingly made aware of its craft.

Red Headed Stranger is built around a central, titular character, a cowboy-outlaw type who rides from town to town, traumatized by the death of his wife. The catch: he was the one who killed her, and for this he will suffer—for decades—before “Hands on the Wheel” brings him reprieve.

Side One documents the Stranger’s odyssey of despair, as he rambles from Blue Rock, Montana, to Bandera, Texas, “riding and hiding his pain.” We learn that he caught his wife cheating with her former lover; that the Stranger killed them both; that the pain of this loss—both her betrayal, and his anguish over killing her for it—consumes him. It is a moral haunting, in dialogue with some personal postwar crises. It drives him mad.

The first voice on the album is that of the Narrator, a Sophoclean witness who provides an overview of the drama. His limited third-person perspective in “Time of the Preacher” grounds the listener in place, time, and plot synopsis, before the second song introduces the Stranger’s own first-person narrative. From there, Side One swings back and forth, Narrator to Stranger, first to third, providing a complementary, comprehensive understanding of the protagonist’s saga.

The Narrator’s voice reveals things the Stranger would never admit, e.g., that the latter “cries like a baby / screams like a panther in the middle of the night.” (This at-remove storytelling tactic often frames combat narratives—think of the soldier weeping on-screen—as it sidesteps the land mine of first-person tears.)

The Stranger’s voice weaves in a counterpart, poetic vulnerability. In “I Could Not Believe It Was True,” he admits that the shock of infidelity is “so great I am quivering yet,” while in “Blue Eyes Cryin’ in the Rain,” he relates that a vision of his late wife, lit by “twilight glow” will burn down to a “dying ember.”

Alongside the POV shift, of note is that the Narrator gives us most of the plot up front. As in, we are told what happens before the Stranger comes along to tell us (which technically renders his part of the story irrelevant). I wonder if this structure wasn’t the primer for my boundless adoration of Morrison, whose works can reveal major plot points at the onset, and then allow the story to, as Morrison writes in The Bluest Eye, “take refuge in how” things unfolded.

To wit, just as Morrison opens The Bluest Eye with “Quiet as its kept, there were no marigolds in the fall of 1941,” before giving a succinct and total plot revelation, Nelson’s Red Headed Stranger begins with “It was the time of the preacher, in the year of ’01,” then gives a an overview of the plot—before allowing the songs to bring the depth of detail, the “how” of it.

Side Two of Red Headed Stranger offers restoration, reinvestment. Repentance? Not so much. The story here is less focused, less concrete. The Stranger’s saga continues, through the “bright lights of Denver,” and over many years of reckoning, before his asking for forgiveness leads him to a new family, and “Hands on the Wheel.”

Side One documents the Stranger’s odyssey of despair, as he rambles from Blue Rock, Montana, to Bandera, Texas, “riding and hiding his pain.”

By then, cutting detail has given over to theme. As such, the Stranger’s pain seems to blur, to dull, which is the appropriate relationship to some trauma. There is no clinical cure for psychic injury, though for some, the passing of time is restorative.

Yet the genius here, the thing that keeps it all so relevant—to veterans, to dynamic literature—is that the record, like trauma itself, will not be satisfied with one-liner, linear healing. The story doesn’t march from A to B, The End. Rather, between sides One and Two, from the murder to the idyllic picnic in “Hands on the Wheel” is akin to memory itself: a leitmotif of time and cyclical movement.

Akin to the framework of Bayesian neuropsychology, it moves forward while constantly returning us to the past. On Side One, the narrator shoots his wife and her love, who “died with the smiles on their faces.” On Side Two, years later, the Stranger and a new relationship “dance with the smiles on their faces.” The latter phrase cannot exist without the former. The relevant trauma, grief, guilt, and rebirth, are inextricable.

My kiddo doesn’t understand that because of this structure, if you want to, you can play the album backwards. That similar to the worst trait of trauma—its ability to recycle within the beat of a memory—“Hands on the Wheel,” the darkness-to-light, closing narrative of Side Two, the lullaby of her life as sung by her white veteran daddy, can likewise serve as the starting point of the story. You can just as easily drop the needle onto that song’s pastoral scene, a picnic “in the shade of an oak down by the river,” and then listen as the Stranger falls away from this grace, towards violence and debilitating grief.

I have come to know each approach: back, forth, whatever fits the mood. Even now, stuck at home all these months, I am visited by particular, acute anxieties I haven’t felt since my Gulf War deployment.

Most days, though, I follow the narrative as Willie intended: pain moving into possibility, a deliverance from the past. I play the record again. Sing the child to sleep. 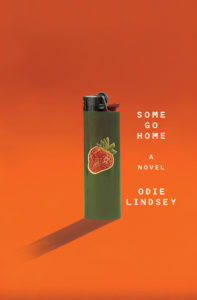 Odie Lindsey’s novel, Some Go Home, is set in Mississippi, a state whose music is often the most known representation of race, class, and cultural identity. Woven into the novel are threads of hill country blues, sacred steel gospel, and country. (The book takes its name from a 1970 Jerry Jeff Walker song.) Lindsey’s short fiction has appeared in Best American Short Stories and earned an NEA arts grant. His story collection, We Come to Our Senses, was also published by W.W. Norton. He is writer-in-residence at Vanderbilt University’s Center for Medicine, Health, and Society. 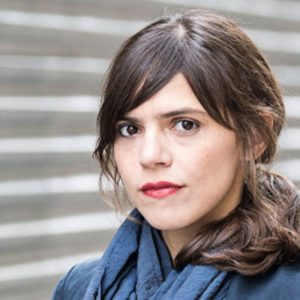