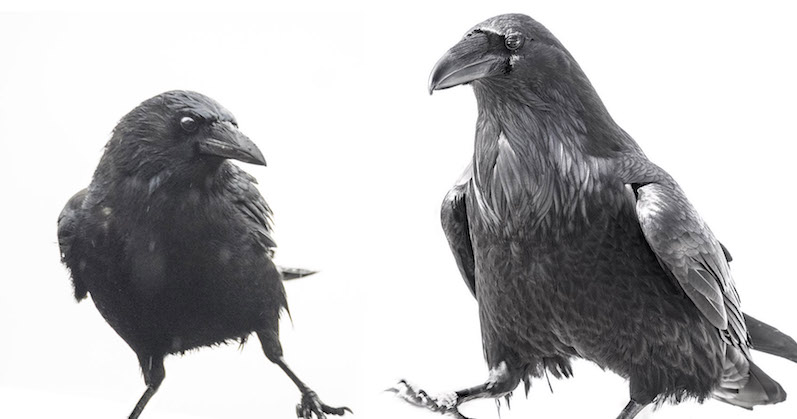 On Deceptive Ravens, Bluffing Shrimp and Other Snake Oil Salesmen

We would like to understand what bullshit is, where it comes from, and why so much of it is produced. To answer these questions, it is helpful to look back into deep time at the origins of the phenomenon.

Bullshit is not a modern invention. In one of his Socratic dialogues, Euthydemus, Plato complains that the philosophers known as the Sophists are indifferent to what is actually true and are interested only in winning arguments. In other words, they are bullshit artists. But if we want to trace bullshit back to its origins, we have to look a lot further back than any human civilization. Bullshit has its origins in deception more broadly, and animals have been deceiving one another for hundreds of millions of years.

The oceans are full of fierce and wonderful creatures, but few are as badass as the marine crustaceans known as the mantis shrimp or, in more technical circles, stomatopods. Some specialize in eating marine snails, which are protected by hard, thick shells. To smash through these calcite defenses, mantis shrimp have evolved a spring-loading mechanism in their forelimbs that allows them to punch with enormous force.

Their hammer-like claws travel 50 mph when they strike. The punch is so powerful that it creates an underwater phenomenon known as cavitation bubbles, a sort of literal Batman “KAPOW!” that results in a loud noise and a flash of light. In captivity they sometimes punch right through the glass walls of their aquariums.

This punching power serves another purpose. Mantis shrimp live on shallow reefs, where they are vulnerable to moray eels, octopi, sharks, and other predators. To stay safe, they spend much of their time holed up in cavities in the reef, with just their powerful foreclaws exposed. But suitable cavities are in short supply, and this can lead to fights. When an intruder approaches a smaller resident, the resident typically sees. But if the resident is big enough, it waves its claws in a fierce display, demonstrating its size and challenging its opponent.

Like any superhero, however, mantis shrimp have an Achilles’ heel. They have to molt in order to replace the hard casings of their hammer claws—which as you can imagine take more than their share of abuse. During the two or three days that the animal is molting, it is extremely vulnerable. It can’t punch, and it lacks the hard shell that normally defends it against predators. Pretty much everything on the reef eats everything else, and mantis shrimp are essentially lobster tails with claws on the front.

A sophisticated bullshitter needs a theory of mind—she needs to be able to put herself in the place of her mark.

So if you’re a molting mantis shrimp holed up in a discreet crevice, the last thing you want to do is flee and expose yourself to the surrounding dangers. This is where the deception comes in. Normally, big mantis shrimp wave their claws—an honest threat—and small mantis shrimp flee. But during molting, mantis shrimp of any size perform the threat display, even though in their current state they can’t punch any harder than an angry gummy bear.

The threat is completely empty—but the danger of leaving one’s hole is even greater than the risk of getting into a fight. Intruders, aware that they’re facing the mantis shrimp’s fierce punch, are reluctant to call the bluff.

Stomatopods may be good bluffers, and bluffing does feel rather like a kind of bullshit—but it’s not very sophisticated bullshit. For one thing, this behavior isn’t something that these creatures think up and decide to carry out. It is merely an evolved response, a sort of instinct or reflex.

Such advanced cognition is rare in the animal kingdom. We have it. Our closest primate relatives, chimpanzees and gorillas, may have it as well. Other apes and monkeys do not seem to have this capacity. But one very different family does: Corvidae.

We know that corvids—ravens, crows, and jays—are remarkably intelligent birds. They manufacture the most sophisticated tools of any nonhuman species. They manipulate objects in their environment to solve all manners of puzzle. The Aesop’s fable about the crow putting pebbles into an urn to raise the water level is probably based on a real observation; captive crows can figure out how to do this sort of thing. Ravens plan ahead for the future, selecting objects that may be useful to them later. Crows recognize human faces and hold grudges against those who have threatened or mistreated them. They even pass these grudges along to their fellow crows.

We don’t know exactly why corvids are so smart, but their lifestyle does reward intelligence. They live a long time, they are highly social, and they creatively explore their surroundings for anything that might be edible. Ravens in particular may have evolved alongside pack-hunting species such as wolves and ourselves, and are excellent at tricking mammals out of their food.

Because food is sometimes plentiful and other times scarce, most corvid species cache their food, storing it in a safe place where it can be recovered later. But caching is a losing proposition if others are watching. If one bird sees another cache a piece of food, the observer often steals it. As a result, corvids are cautious about caching their food in view of other birds. When being watched, ravens cache quickly, or move out of sight before hiding their food. They also “fake-cache,” pretending to stash a food item but actually keeping it safely in their beak or crop to be properly cached at a later time.

So when a raven pretends to cache a snack but is actually just faking, does that qualify as bullshitting? In our view, this depends on why the raven is faking and whether it thinks about the impression its fakery will create in the mind of an onlooker. Full-on bullshit is intended to distract, confuse, or mislead—which means that the bullshitter needs to have a mental model of the effect that his actions have on an observer’s mind.

Do corvids have a theory of mind? Do they understand that other birds can see them caching and are likely to steal from them? Or do they merely follow some simple rule of thumb—such as “cache only when no other ravens are around”—without knowing why they are doing so? Researchers who study animal behavior have been hard-pressed to demonstrate that any nonhuman animals have a theory of mind. But recent studies suggest that ravens may be an exception.

When caching treats, they do think about what other ravens know. And not only do ravens act to deceive other birds sitting right there in front of them; they recognize that there might be other birds out there, unseen, who can be deceived as well. That is pretty close to what we do when we bullshit on the Internet. We don’t see anyone out there, but we hope and expect that our words will reach an audience.

Why is there bullshit everywhere? Part of the answer is that everyone, crustacean or raven or fellow human being, is trying to sell you something.

Ravens are tricky creatures, but we humans take bullshit to the next level. Like ravens, we have a theory of mind. We can think in advance about how others will interpret our actions, and we use this skill to our advantage. Unlike ravens, we also have a rich system of language to deploy. Human language is immensely expressive, in the sense that we can combine words in a vast number of ways to convey different ideas.

Together, language and theory of mind allow us to convey a broad range of messages and to model in our own minds what effects our messages will have on those who hear them. This is a good skill to have when trying to communicate efficiently—and it’s equally useful when using communication to manipulate another person’s beliefs or actions.

That’s the thing about communication. It’s a two-edged sword. By communicating we can work together in remarkable ways. But by paying attention to communication, you are giving other people a “handle” they can use to manipulate your behavior. Animals with limited communication systems—a few different alarm calls, say— have just a few handles with which they can be manipulated. Capuchin monkeys warn one another with alarm calls. On average this saves a lot of capuchin lives. But it also allows lower-ranking monkeys to scare dominant individuals away from precious food: All they have to do is send a deceptive alarm call in the absence of danger.

Still, there aren’t all that many things capuchins can say, so there aren’t all that many ways they can deceive one another. A capuchin monkey can tell me to flee, even if doing so is not in my best interest. But it can’t, say, convince me that it totally has a girlfriend in Canada; I’ve just never met her. Never mind getting me to transfer $10,000 into a bank account belonging to the widow of a mining tycoon, who just happened to ask out of the blue for my help laundering her fortune into US currency.

So why is there bullshit everywhere? Part of the answer is that everyone, crustacean or raven or fellow human being, is trying to sell you something. Another part is that humans possess the cognitive tools to figure out what kinds of bullshit will be effective. A third part is that our complex language allows us to produce an infinite variety of bullshit. 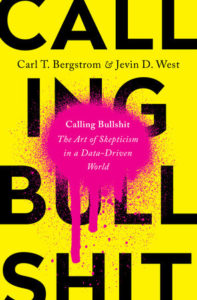 Excerpt from Calling Bullshit. Used with the permission of the publisher, Random House. Copyright © 2020 by Carl T. Bergstrom and Kevin D. West.

Carl T. Bergstrom is an evolutionary biologist and professor in the Department of Biology at the University of Washington, where he studies how epidemics spread through populations and how information flows through biological and social systems at scales -- from the intracellular control of gene expression to the spread of misinformation on social media.

Jevin D. West is an associate professor in the Information School at the University of Washington. He is the director of UW's Center for an Informed Public and co-director of its DataLab, where he studies the science of science and the impact of technology on society. He also coordinates data science education at UW's eScience Institute. 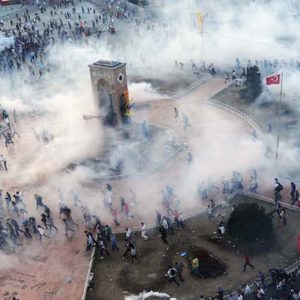 “How did you go bankrupt?” Bill asked. “Two ways,” Mike said. “Gradually and then suddenly.” I’ve been...
© LitHub
Back to top
Loading Comments...