"He could be appallingly funny yet tap into a grievous
loneliness and wonder."

Brad Watson died suddenly of a heart attack in the ranch house he and his wife Nell built on the beautiful prairie outside Laramie, Wyoming. It was the morning of July 8, 16 days before his 65th birthday. The news was a horrid shock to his family, students and friends, and it’s still difficult to fathom that we will not see him again and take pleasure in his company. But we have his work, his stories and novels, vivid in their troubling grace and strange assurances.

To a remarkable degree Brad’s writing was always about death and dreams, visions, the world to come. Selena, a figure in his first novel, The Heaven of Mercury, says, “I have always had a certain understandings of things.” She was speaking of her ease with the dead, the balm of remembered love. “Shouldn’t we feel at peace around the dead? It seems to me like they prepare the way for us, in their brief presence with us, I mean. In our minds.”

Brad wrote always with a deep, even extraordinary feeling for time and its permutations. There are graves, many graves, and the careful digging of graves. There are precise imaginings of dogs’ thoughts, and what a poor human creature about to depart might picture in a last moment. Often it is beautiful. Strange, sure, but perfect.

Here is Agnes, a one-eyed widow living with Bob, a one-eyed bulldog in the story “Agnes of Bob” from the collection Last Days of the Dog Men. Her husband, the not terribly charismatic “Pops,” has recently died in one of those ghastly workplace accidents and Agnes is now a little afraid of dying. Even so, she finds herself courting it one afternoon, holding her breath at the bottom of a deep public swimming pool. And this is what she sees—a memory—just before she’s yanked out by a lifeguard.

Saturday nights, Pops would cook their meals. He loved to fry fish. Take Bob out to the lake and get on a bream bed. Pops would come home with a stringer, a mess, wet fish flopping and mouths groping for air. Made her chest ache, watching them. Pops would clean the bream out back, throw Bob a fish head. Bob tossing fish heads around the yard like balls. She was on the brink of a wonderful vision, as if in a moment she would know what Pops had seen as he passed through his own heart and a pile of washed foundry sand into the next world.

By our memories we allow the dead who have been so important to us, who we have loved, to truly be released into their new situation, that new situation which awaits us all.

When I learned of Brad’s death I drove up to Wyoming and was honored to be with Nell in those first awful days. I was with her when she chose the receptacle for his ashes. It came down to two square wooden boxes, one a little fancier than the other, trimmed in paler wood.

For an instant she almost went for the fancy, but then the right decision clarified. The fancy was all wrong. The dark box had the simplicity and cut of a proper humble and memorable post hole.

His students swiftly put together a little memorial service at one of Laramie’s parks. His vehicles, his dogs, his stories, his writing were recalled. He was a wonderful teacher, treasured by his students, always looking out for them, doing everything he could to connect them to the big cold literary world. The over enjoyment of Basil Hayden’s and the mishaps of certain adventures were remembered.

Once he took his class out in search of the meadow James Galvin memorialized in a book they had read. It was a hay meadow of about 350 acres. How to find it? Well, it was somewhere on the Colorado-Wyoming border. Should be possible. Of course the caravan of trucks and cars became hopelessly lost and though they certainly did come across a number of meadows it was unclear as to whether they’d found The Meadow. At the end of a long day, weary, with scant gas left in the collective tanks they came upon the old roadhouse at Woods Landing with its dance floor floating on box car springs, and fell gratefully upon the food and beverage offerings there. It had been a perfectly successful outing led by Brad.

Still, for all his embrace of life’s disorderliness and dashed expectations, he was surprisingly organized. Though he collected old typewriters and often preferred to compose upon them, he was adept at online business and could employ film and Zoom in the classroom with assurance. (I remain in awe of such abilities.) He had trust funds established for his two sons by previous marriages. He had an insurance policy. He was an organ donor. His corneas were saved for some lucky stranger’s use. His corneas, those fabulous transparencies necessary for vision. It’s almost too metaphysical.

I remember many merry times and thoughtful conversations with Brad and I remember his clothes, the way he dressed. He wore layers which brought to mind my grandmother’s table coverings in her kitchen. When a tablecloth wore out it was not discarded but covered with a new one. The table became like a padded safe. With Brad and his attire, there was the t-shirt, the worn shirt, a slightly better shirt, then a vest and a Carhartt. This was pretty much the look—thrifty, easy, ready for anything.

By our memories we allow the dead who have been so important to us, who we have loved, to truly be released into their new situation, that new situation which awaits us all and which Brad, throughout his work, sought to find images and feelings for, to put into words. He wrote mournfully, exuberantly. He could be appallingly funny yet tap into a grievous loneliness and wonder. He knew the precarious perch we all have on this life. I’d like it to be the day before July 8. Any day. Reading him again, I came upon the simple question one character asks of another:

And felt a great stab of sorrow and then something almost like happiness. It’s such a good question. Brad Watson was special. He wrote special.

Joy Williams is the author of four previous novels–including The Quick and the Dead, a runner-up for the Pulitzer Prize–and four collections of stories, as well as Ill Nature, a book of essays that was a finalist for the National Book Critics Circle Award. Among her many honors are the Rea Award for the Short Story and the Strauss Living Award from the American Academy of Arts and Letters. She was elected to the Academy in 2008. She lives in Tucson, Arizona, and Laramie, Wyoming. Her novel Harrow is out now.

The Long Reinvention of the South Bronx 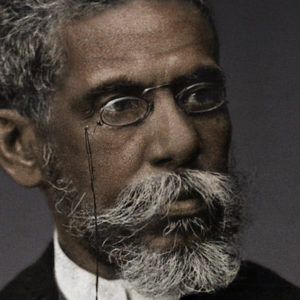 Much has been made of Joaquim Maria Machado de Assis’s humble beginnings, and yet he, apparently, thought his own life...
© LitHub
Back to top