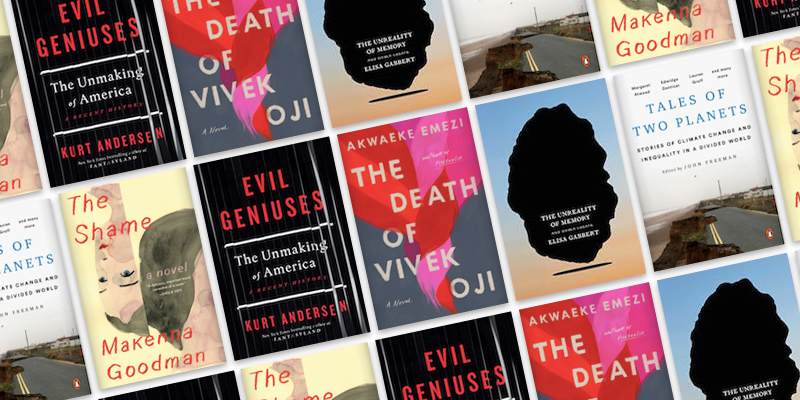 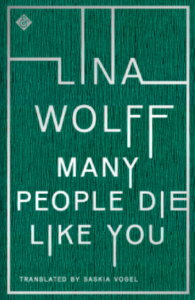 Lina Wolff (trans. Saskia Vogel), Many People Die Like You
(And Other Stories)

Lina Wolff’s The Polyglot Lovers (translated by Saskia Vogel) was one of my favorite books of 2019, an absolutely savage and brilliant novel that pivots around each turn with impeccable grace. In this new collection Many People Die Like You, Wolff and her translator Vogel are again an insolent and propulsive force, and in each story, they achieve a levity, wit, and danger that can simultaneously make everything a joke and make that joke life or death. 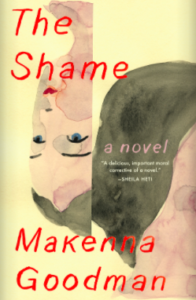 In this novel cum captivity narrative, marriage, children, domesticity serve as captors. Inured, our narrator, Alma, wrestles with the comfort of choices made and the apparent lack of new ones.(Though she is given some.) She reads women writers she had always meant to read and their presence—I sense Gilman’s “Yellow Wallpaper,” Chopin’s “A Pair of Silk Stockings”—resonates on every page. How to endure, how to escape, how to allow for a separate life within the mess of living the one you are in. These are the questions that make this not just a book about motherhood, but of relationships to people, the earth and the stranglehold of capitalism. Alma searches for a life unlike her own by stalking an internet persona. The tragic possibilities are not realized other than in her head and she “comes back” from the edge. A book for any woman that has ever felt captive in any aspect of life. 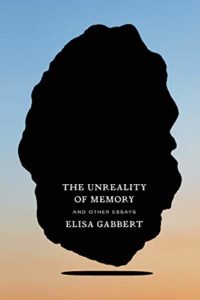 Elisa Gabbert, The Unreality of Memory: And Other Essays
(FSG)

“If we can’t see it, we can’t remember it, nor can we really imagine its future,” Elisa Gabbert writes in her essay “Big and Slow” from her collection, The Unreality of Memory. The “it” refers to events that are less “exciting,” like climate change, which happens slowly and cumulatively rather than spectacularly (like hurricanes, floods, earthquakes). She suggests we need to change our aesthetics of fascination in order to make these stories/events more “arresting” so we will respond with urgency, too. In fact, throughout the book, Gabbert advocates for us to redefine catastrophe anew. For if we can’t elevate the more nebulous and alarming harms to the alarming degree they deserve, it will only add to our own demise. 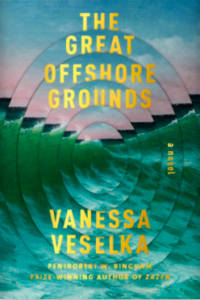 Vanessa Veselka’s debut novel Zazen is an utterly stunning literary work, intimate and satirical with just a touch of dystopian anxiety around the edges. I’ve been excited to see what might come next for her for years now, and now we have an answer. The Great Offshore Grounds is Veselka’s second novel, a story about family secrets with a breadth that spans a continent. It seems like the natural follow-up to both Zazen and the impassioned nonfiction that Veselka has published over the years. 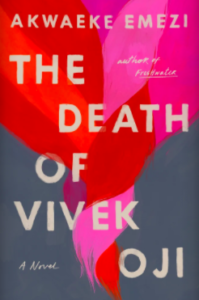 We know Vivek Oji is dead before the story even begins. Like other incredible novels that begin this way (Gabriel García Márquez’s Chronicle of a Death Foretold comes to mind), the story ebbs and flows through time around this undeniable fact, the impetus for the telling. It feels like a story passed down to you, something best read aloud. The opening passage asks you to picture the story as a stack of family photographs; you feel welcomed, lulled into the start of a good story by a master storyteller. And Akwaeke Emezi is indeed just that; have you read their debut, the critically acclaimed Freshwater? In this new novel, the protagonist is similarly touched by something unknowable and otherworldly; Vivek Oji is prone to blackouts, moments of complete separation from self and surrounding. This is something we know from the beginning, something to track as we follow the course of his life, relayed to us by those closest to him. (Sometimes, Vivek interjects, and it is a jarring delight.) The Death of Vivek Oji is an alchemy of personal family story and untouchable myth. It circles itself, like a shark preparing to take down its prey; reader, you will be disarmed. 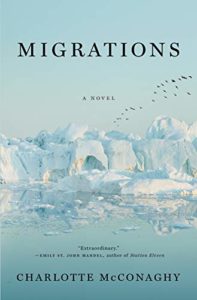 Fiction that addresses the climate crisis can also focus on the personal. Case in point: This gorgeous new novel by Charlotte McConaghy. It stars Franny Stone, who sets out to forget her troubled past by following the migration of birds. But once she notices that the natural world she treasures is disappearing, she travels to Greenland to find the last flock of Arctic terns on the planet—and follows them on what might be their last migration. As her journey unfolds, her past continues to haunt her, until it forces a personal reckoning that cuts right to the heart. This beautiful novel is an ode—if not an elegy—to an endangered planet and the people and places we love. 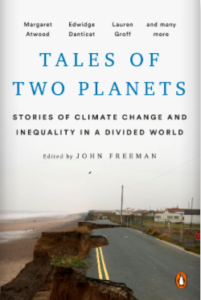 John Freeman continues to bear witness to the geography of inequality in this anthology, where he assembles some of the best writing under our polluted skies to assess what happens when disenfranchised people meet up with environmental stress. In “The Funniest Shit You Ever Heard” by Lebanese writer Lina Mounzer, the dark forces of greed and resource-pilfering are laid bare in a story about real estate developers who overtax the sewer system in Beirut. It’s a metaphor, really, for what we do in our daily lives, like ignoring or obfuscating the logjam of less flashy concerns (like sewers) until they are too late to fix. “All that shit we tried to hide, forget, ignore is out now, flooding the streets for all to see,” she writes. Perhaps it’s not a metaphor at all. From Gaël Fayle’s fireflies of Burundi to Margaret Atwood’s Canadian climes in poetry form, this anthology shores up the “very modern problems” of calamities we have made ourselves and asks, how do we live with such harrowing forecasts as these? 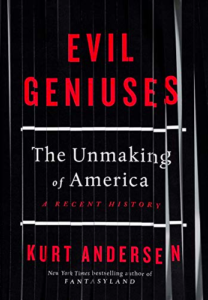 In Evil Geniuses, Kurt Andersen chronicles the switchback of the American Dream, from the more fair and democratic promise of the New Deal to the “deliber­ate reengineering” of our society by the rich and the political right. What emerged from that architecture (partly) was that CEOs of big business wiped their feet on the social contract between people and the places they worked all across the land. The good old days (which I’d argue were never that good and he’d probably agree) were smeared with their dirt.

Andersen’s awareness of that history was slow to dawn, and he threads his own past through the inquiries he makes, leaning sometimes on the lives of his now-deceased parents, who had lived that happier, fairer life. Their death signified the death of an entire way of being. Andersen always writes with curiosity and intelligence, and in Evil Geniuses, there’s also a sense responsibility for shouldering an explanation of “what’s become of us” after the precipitous turns we made. At the same time, he worries we had perfected “a comfortable Matrix illusion that in some sense the world wasn’t really changing all that much.” And that’s only what I gleaned from the introduction. More please. 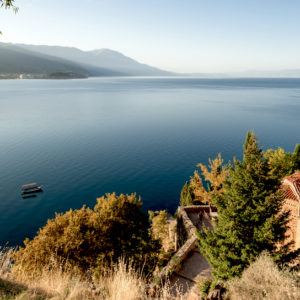 "I’ll leave you alone with her," the keeper said, laughing away my protestations that I wasn’t here to ask for help,...
© LitHub
Back to top
Loading Comments...