On the unruly virtues of the semicolon • Susan Harlan makes a compelling case for the end-of-summer joy of reading by a motel pool • Bryan Walsh on the terrifying possibilities of AI superintelligence • How Martin Scorsese straddled Hollywood and auteur filmmaking • Why are writers particularly drawn to tarot? • Vera Wasowski, larger than life in postwar Warsaw • Mary-Kay Wilmers on the language of book criticism • In praise of the high school English teacher: introducing a new column by Nick Ripatrazone. • What Germany can (and can’t) teach America about reparations and evil • Jumoke Verissimo on the politics of italics • Five new audiobooks to cushion the blow of summer’s end • Philippe Aronson on tracking down—and translating—his literary idol, Irving Rosenthal • On the unsolved mystery of Alexander the Great’s death • Too little, too late: on Purdue Pharma’s deafening silence in the face of the opioid crisis • On the dangerous temptations of political contempt •

To celebrate #WiT month, here’s a quartet of wondrous works by women in translation • Annie Spence talks Nora Ephron, Patrick Swayze, and getting it on in the stacks • Beirut Hellfire Society author Rawi Hage recommends five great books about Beirut • Women Talking, The Awakening, The Collected Stories of Lydia Davis, and more rapid-fire book recs from Catherine Lacey • A collection of short stories from Edwidge Danticat, a new satirical novel from Nell Zink, and an examination of evil all feature among the Best Reviewed Books of the Week

Olivia Rutigliano on five 19th century women who beat the odds to become some of the earliest female detectives • Luc Sante on Jean-Patrick Manchette’s Nada, a classic caper novel with a revolutionary message • J. L. Doucette had just finished her first mystery novel when a startling discovery changed her perspective on writing about violence • John Marrs recommends 7 techno-thrillers to read as our world crumbles • Danny Caine of The Raven Bookstore on Sara Paretsky, bookstore cats, and the art of the handsell • Crime and the City: Paul French guides us through the crime fiction of Madrid • L.A. Chandlar on New York City’s forgotten Art Deco treasures • Paul French takes a look at the long history of crime novels set in Buenos Aires • Radha Vatsal celebrates Hitchcock’s most iconic shots • Halley Sutton recommends five series to help you process all your feelings about Veronica Mars: Season 4 (warning: spoilers ahead!)

Antiracism for babies, spiritual noirs, and magical realism: the week in book deals. 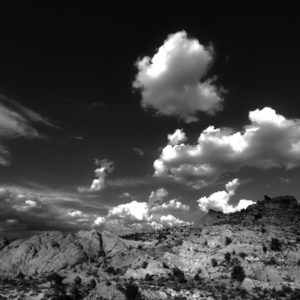 Antiracism for babies, spiritual noirs, and magical realism: the week in book deals.