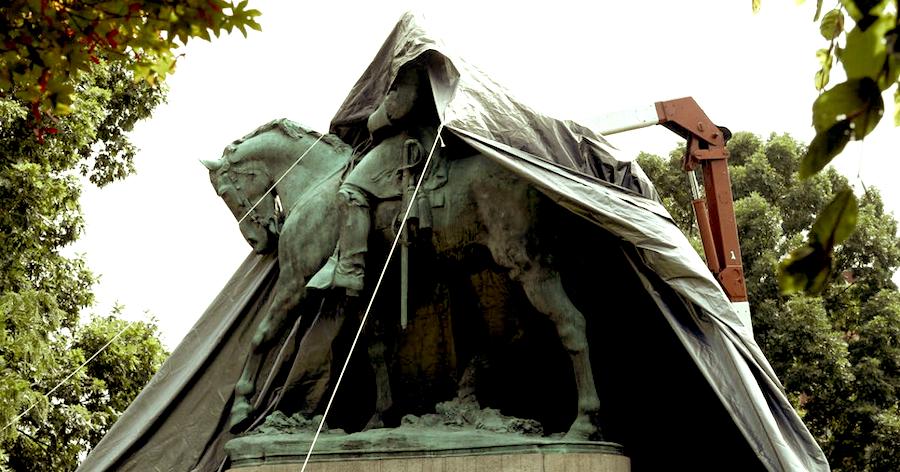 Susan Neiman on Lessons of History We Still Haven't Learned

No material payment can compensate for the suffering slavery inflicted. No one who has read a thorough description of slavery, in Auschwitz or Alabama, would prefer it, no matter the compensation, to never having been enslaved at all.

This is part of what led Jean Améry to refuse to apply for reparations, though his financial situation after the liberation of Bergen-Belsen was hardly secure. With no formal schooling beyond the age of twelve, Améry found work as a freelance journalist in Belgium, writing on anything from NATO to Marilyn Monroe. His breakthrough came in 1966, when he released a series of essays, published in English under the title At the Mind’s Limits, reflecting on his experience as an Auschwitz survivor living in Europe during the twenty years that followed the war.

What could possibly heal the damage? To answer that question, Améry rehabilitated the idea of resentment, which Nietzsche decried as the attitude of sick, small-minded, slavish natures. Their “souls squint,” Nietzsche sneered. Unable to cast off the wounds of the past, they are fixated on a wish that is as inconsistent as it is unnatural. Absurdly, resentment demands that the irreversible be reversed, the event undone.

Améry turns Nietzsche on his head, proudly including himself among those whose morals Nietzsche despised as slave morality, since “every genuine morality was always a morality for losers.” It may be natural to think of time as flowing only forward, but that thinking is not only extra-moral but anti-moral:

Man has the right and the privilege to declare himself to be in disagreement with every natural occurrence, including the biological healing that time brings about. . . .The moral power to resist contains the protest, the revolt against reality, which is rational only as long as it is moral. The moral person demands annulment of time—in the particular case under question, by nailing the criminal to his deed. Thereby, and through a moral turning-back of the clock, the latter can join his victim as a fellow human being.

The only thing that could truly make up for those crimes would be turning back time and undoing them. Améry knew this is impossible, but he insisted that we recognize the depth and the morality of the longing for it. He also insisted on its sanity, arguing against the psychologists who were beginning the field of trauma studies; his resentment, he said, was a form of the human condition that is “morally and historically of a higher order than healthy straightness.” He rejected the “morally impossible thought” that the survivor’s wounds could be healed by the death of six million Germans. The only way to solve the problem, he concluded, was “by permitting resentment to remain alive in the one camp and, aroused by it, self-mistrust in the other.” If this took place, Germans would have integrated Auschwitz into their natural history rather than allowing it to be neutralized by time.

The only thing that could truly make up for the Nazis’ crimes would be turning back time and undoing them.

When he wrote in 1966, Améry was sure this would not happen. “Germany will not make it good, and our rancor will have been for nothing.” He believed the Nazi era would be understood as an accident of history, and no German would hesitate to hang a portrait of her great-grandfather in SS uniform in the parlor.

At the time, Améry’s pessimism was justified. Reparations had been paid, but they were not accompanied by any process of Vergangenheitsaufarbeitung. Former Nazis held powerful positions in government, the justice system, the diplomatic service, the schools. The Auschwitz trials recently completed in Frankfurt were considered a failure by the prosecutor, Fritz Bauer, for the media portrayed the guards on trial as freakish sadists with no connection to the German people as a whole. Hannah Arendt wrote that the majority opinion

was manifest in the behavior of the defendants—in their laughing, smiling, smirking impertinence toward prosecution and witnesses, their lack of respect for the court. . . .It was manifest in the behavior of the lawyers who kept reminding the judges that they must pay no attention to “what one will think of us in the outside world,” implying over and over again that not a German desire for justice but the world opinion influenced by the victims’ desire for “retribution” and “vengeance” was the true cause of their clients’ present trouble.

It was a time when Améry could be assured by a German businessman that bygones were bygones, since Germans no longer bore a grudge against the Jewish people—just look how magnanimous they’d been with reparations! Although Améry acknowledged that intellectuals like Hans Magnus Enzensberger declared that Auschwitz would remain Germany’s past, present, and future, he believed theirs were minority voices, without influence.

Half a century after his book was published, what Améry regarded as an “extravagant moral daydream” has largely come to pass. It would be hard to find a German today who does not wish to turn time around and undo Nazi crimes—if only to avoid the decades of national shame that followed. The German government has so thoroughly integrated Auschwitz into its school programming that even many responsible citizens believe the Nazi era has been given too much historical weight. In 1966 Améry wrote that it would be dishonorable for German youths to cite Goethe and ignore Himmler. In the intervening decades there were times when many young Germans wondered whether it was honorable to cite Goethe at all. For years, it was argued that the whole of German culture was irreparably tainted.

On the 17th anniversary of the founding of Israel, even the AfD felt compelled to make a public commitment to Germany’s historic responsibility to support the state. “Some of my constituents resented that,” one party leader told me. “They asked if it meant that their children would still be paying for it.” He felt the party was bound to make the commitment nonetheless. This is not to suggest that the AfD has overcome its racism—reducing both immigration and Vergangenheitsaufarbeitung are central to its platform—but that Germany has reached the point where open expressions of racism are politically ruinous. This may be the best outcome we can hope for, and it may also be enough.

The seventeenth-century author La Rochefoucauld wrote that hypocrisy is the compliment vice pays to virtue. Who knew we would long for hypocrisy? Now many national leaders no longer feel the need to pay such compliments at all. Contra Kant and common wisdom, honesty is not always the best policy. Very often, social change begins with lip service. As the slow progress of German Vergangenheitsaufarbeitung showed, public postwar expressions of Nazi sentiment were legally unacceptable; by the 1980s they were socially unacceptable; now most people find them morally unacceptable. Recent backlash does not undermine the fact that this kind of progression is usually necessary. Moral revolutions do not happen all at once. As Kwame Anthony Appiah showed in The Honor Code, social ideas of what is shameful are crucial in creating genuine shame.

Imagine an America where people were ashamed to hang portraits of their Confederate ancestors in uniform or to cling to the statues that honor them.

My central thesis stands opposed to much of what Améry wrote in “Resentments,” but the essay remains enormously valuable for the light it sheds on the victim’s moral psychology. It also underlines what the author Ta-Nehisi Coates called the crucial element of reparations: a revolution of national consciousness, a spiritual renewal. Imagine an America where people were ashamed to hang portraits of their Confederate ancestors in uniform or to cling to the statues that honor them. Imagine an America where the raw and brutal truth of slavery and racial terror were integrated into historical narratives of American exceptionalism.

The first condition of such a transformation would be profound: sincere apology for the torment that nonwhite Americans suffer. It’s revealing that the U.S. Congress did not even issue an apology for slavery until 2008: until you grasp the reach of your sins, you cannot really apologize for them. The congressional aides who wrote the 2008 resolution had clearly learned their history, for the apology didn’t stop with emancipation but included remorse for most of the racist crimes that followed it. The House of Representatives concluded by expressing its “commitment to rectify the lingering consequences of the misdeeds committed against African Americans under slavery and Jim Crow and to stop the occurrence of human rights violations in the future.”

That rectification is yet to come. Susan Neiman’s Learning from the Germans: Race and the Memory of Evil is out now from FSG.

Susan Neiman is the director of the Einstein Forum. Her previous books, which have been translated into many languages, include Why Grow Up?: Subversive Thoughts for an Infantile Age; Moral Clarity: A Guide for Grown-Up Idealists; Evil in Modern Thought: An Alternative History of Philosophy; The Unity of Reason; and Slow Fire: Jewish Notes from Berlin. She studied philosophy at Harvard and the Free University of Berlin, and was a professor of philosophy at Yale and Tel Aviv Universities. She is the mother of three grown children and lives in Berlin.

In Praise of the High School English Teacher 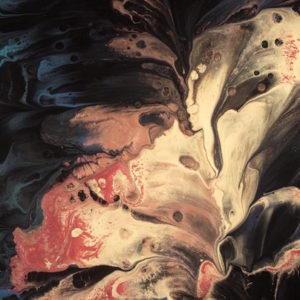 One day in our early lives as women, everything changes. We start bleeding. The beginning of our menstrual cycle, our fecundity,...
© LitHub
Back to top