Celebrating 100 years of the great Kurt Vonnegut • Why Laura van den Berg took up boxing • Four Ukranian writers speak to literature, solidarity, and the future of justice • Lynn Steger Strong’s summer of Faludi and Knausgaard • Why you should write a novel with friends • Hugh Bonneville reflects on his indomitable Downton Abbey castmate Maggie Smith • Veronica Roth on becoming the best writer you can be • How Atlanta made hip-hop • Qian Julie Wang on zou, or the act of leaving • Lessons on community from a father reading Dostoyevsky • Reading the power dynamics of gender in Ovid’s Metamorphoses • How Harold and the Purple Crayon resisted uniformity • The devastating losses that made Geronimo into a legendary war commander • Why write about women who kill? • “I remember the day when pie became my savior.” • What Onyi Nwabineli’s learned about writing grief in fiction • Sarah Fawn Montgomery considers what mirrors really tell us • How human curiosity unlocked the secrets of the universe • A brief history of shipwrecks in literature • On the meteoric rise of Christiano Ronaldo and Lionel Messi • Tree Abraham on a lifelong love of cycling • Shanita Hubbard on the sexual harassment that Black women and girls endure • How much should a memoir reveal?

Aaron Carter's unfinished memoir will be released less than a month after his death. 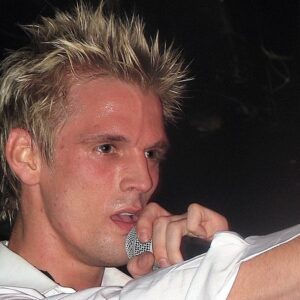 Aaron Carter's unfinished memoir will be released less than a month after his death.

I guess if you're a publisher whose stated mission is to disrupt the publishing industry, you have to move fast and break...
© LitHub
Back to top