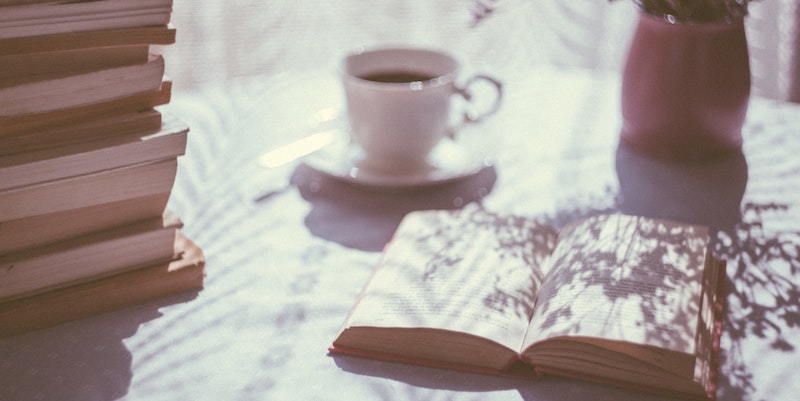 A Strange and Uncomfortable Coupling: My Summer of Susan Faludi and Karl Ove Knausgaard

I spent part of my summer listening on and off to Susan Faludi’s 1991 feminist tome Backlash. I spent the rest listening to Karl Ove Knausgaard’s My Struggle, books one through five, narrated phenomenally well by Edoardo Ballerini. I was listening to these books instead of reading them because my husband was working 60 to 70 hour weeks and I was mostly shuttling our children to and from camps, packing lunches, folding laundry, doing bedtime, taking the dog for long walks. Listening while I did these tasks was what accounted for the non-work related reading time I had.

It was a strange and uncomfortable coupling. Add to that that sometimes I let the books run in the car while the kids were there. “Can I say fuck?” asked my then nine year old, Faludi playing in the background. “Just once,” I said. “Those motherfuckers,” she muttered, in response to some horrifying statistic she’d heard. Her sister did the same and we all laughed. Both kids worried for weeks about the way Knausgaard’s father treated him. “That guy should go to a parenting class,” my younger daughter said. And still, months later, “do you remember that part in that book when that guy’s dad made him eat like that?”

The Faludi is infuriating, bracing in its clarity, how again and again she shows, the incredible power of misogyny to reassert itself; I found the Knausgaard oddly soothing and addictive; sometimes as he talked my brain wandered but then he’d say something so sharp and interesting, a single observation, a way he built then held a scene, that I would think about for weeks.

One of the striking things about both is, in very different ways, they reminded me of how powerful, how totally engrossing and destabilizing narrative can be. One of those observations Knausgaard made that I kept thinking about, in Book Two, describing the first months of new-parenthood, when he and his wife Linda are not reading, not seeing movies or going to see art like they did before their first daughter was born: he says life is mostly just life, going on the way it’s always gone, but it’s through art, that our relationship to life might shift.

This is not a direct quote because it was on audio. I was in New York when I heard it, walking to a party in midtown, somewhere East of Madison Square Park. I remember stopping under an expanse of scaffolding, listening to what Knausgaard said.

In the Faludi, the way the destabilization manifested was a sharpening and clarifying of the layers of misconstrued narratives that have stifled and actively dismantled whatever power women might have garnered from the goals and ideas of the word “feminism”. It added the extra layer of history to Roe’s being overturned this summer, to all the ways that science, fact, actual human experience has never been worth much in the face of the wants and needs of a small subset of men.

One of the striking things about both is, in very different ways, they reminded me of how powerful, how totally engrossing and destabilizing narrative can be.

At one point in the Knausgaard, also in Book Two (it’s my favorite), Karl Ove leaves his wife with their new baby. She calls and threatens to leave him, castigates him, wails at him, and he unapologetically says he has to work. He says so many uncomfortable and unkind things throughout the books. He can be petulant, selfish, awful—also loving, funny, generous—human, in other words, so many things at the same time. The depth and pleasure of the intimacy that builds between him and the reader is a direct result of his ability not only to inhabit but to articulate this complexity, to be unapologetic in it, to ask us to look at it and still invest ourselves in him.

Here’s where things get prickly, and where Faludi is a help. My initial feeling, coming out of the books and considering the how and why of their accomplishments was, a woman could never get away with this. This was followed quickly (predictably) by shame and embarrassment.

What I’ve been taught to think, in 2022, is that that thoughts like this are whiny, shrill, annoying. Plenty of women publish plenty of books about unlikeable characters; a whole genre of Bad Mother books has risen up (and done well!) in the past couple of years. Clearly, my discomfort was personal, uninteresting, professional jealousy; clearly it had no larger relevance.

If a woman had the specific intelligence and skill that Knausgaard has she would be received in the exact same way that he was. But I only have to type that sentence to know how ridiculous it is. I only have to ask you to google the response to Rachel Cusk’s two memoirs, A Life’s Work, and Aftermath (and to remind you that she has since, with much colder, much less intimate books, been deemed a genius) to know that a career like Knausgaard’s, for a woman, simply does not exist.

One of my favorite (tongue-in-cheek) questions from the opening pages of the Faludi: “If the status of women has never been higher, why is their emotional state so low? If women got what they asked for, what could be the matter now?” What “Backlash” shows is the impotence of facts, surveys, interviews, and studies—the ineffectuality of actual women telling their actual stories—in the face of certain people’s desire to maintain and give primacy to the original narrative.

Here maybe it feels worth thinking about not just the fact of a narrative, but how we respond to it. Another way to say this: if women are telling lots of stories, if we have been for years, maybe, instead, it’s worth considering the how and why of our inability to take them in as clearly and non-judgmentally as we do the stories of men.

Karl Ove’s fatherhood does not have primacy because men’s identities, when they have children, are differently and less stringently tied up with their fatherhood. Men’s identities are differently and less stringently tied up with the fact of their bodies generally. Knausgaard is writer first, and therefore, since the books are not thought of as “fatherhood books” there is no need to judge or unpack the quality of his inhabiting that word within the book. The books are never read, in other words, on such absurdly reductive terms.

It’s helped me to see, as did both the Knausgaard and the Faludi, how narratives around narratives can be just as instructive, just as elusive, as the narratives themselves.

By contrast, think of a female writer, who is or is not a mother, but who writes about a mother in her book, how quickly that word takes over the conversation, how niche and specific the book immediately becomes. Think of how that shifts whatever aspects of the experience of parenthood that might actually be universal: the impossibility of loving, heritability, resentment, identity, all of which become subsumed by the reader trying to make sense of what specific type, the shape and quality of this specific narrator’s status, as a Mom.

Think of some of the words used around the Cusk, in actual book reviews, and imagine them being hurled at Knausgaard, how absurd, of course, they feel: “narcissistic,” “toxic,” “whiny,” as if personal judgments of the narrator have anything to do with the quality of the work.

The time I wasn’t listening to these books this summer, when the children were in camp, or with their dad, or on their screens (Bad Mommy), I was often writing book reviews. I find the act pleasing not least because of how hard it is, how doggedly I have to work to strip myself, my own biases and opinions, out of my engagement with the text. How often I have to read and then re-read it, in order to make sense of its specific terms. It’s helped me to see, as did both the Knausgaard and the Faludi, how narratives around narratives can be just as instructive, just as elusive, as the narratives themselves.

So, what’s my point, is what my eight-year-old would ask me. All summer, if I was trying to file a review, reading it out loud, she would look at me and say, having been furtively listening the whole time, but what’s the point? The point is the terms upon which we take stories in matters as much if not more than the stories that are allowed to be told, the posture from which we read them, the language that we use when we judge them, the ways that we work not to presume or reduce. The point is that it’s not enough that the stories exist among us, but that the narratives around their value, the presumptions we make about them, be dismantled and re-written too. 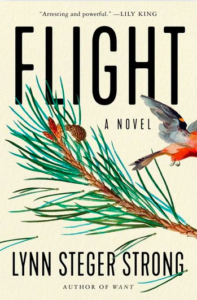 Reading the Power Dynamics of Gender in Ovid’s Metamorphoses 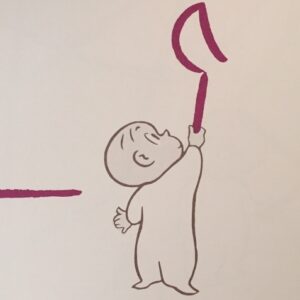 For some frustrating reason, I’ve lost a lot of specific memories from my time as a young father; that period is now like...
© LitHub
Back to top
Loading Comments...