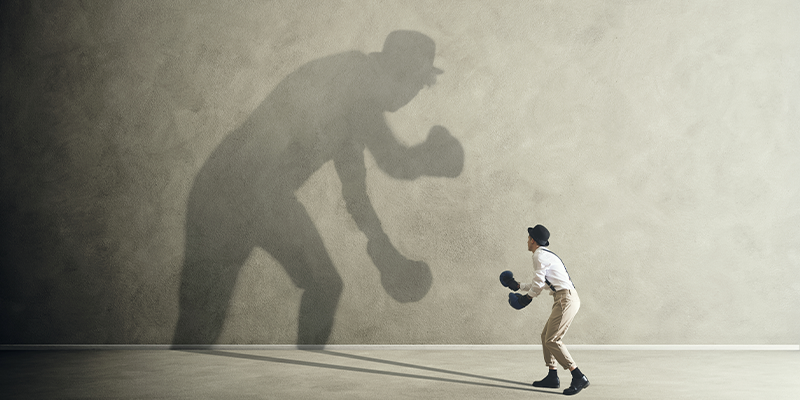 Why did you start boxing? is a question I get asked a lot, when the subject comes up. Because the answer is personal, and can leave me feeling vulnerable, I usually gloss it, but here’s the short version of the truth: I started boxing for fitness in 2018, after being diagnosed with an anxiety disorder and PTSD (I had sought help for debilitating flying anxiety which turned out, perhaps not surprisingly, to not have all that much to do with flying).

I wanted to explore whether high-intensity exercise—alongside other strategies—could help manage my symptoms. When I first started, at 34, I did not exercise regularly, still smoked socially, had chronic insomnia, felt burned out in all directions, and drank too much. It took me a long time before I could get through a non-contact heavy bag class without feeling like I was going to pass out. But, for some stubborn reason, I kept at it.

For the last two years, I’ve been living in Florida. I found a home at a gym where the competitive boxers regularly mix with recreational fighters in class. Even on the fight team, I was surprised to note a range of age and achievement. Some were elite athletes who fought often and traveled the country for national tournaments, while others competed a few times a year, balancing jobs and families along the way.

I started to spar regularly and to participate in exhibition matches. Last year, I trained for my first USA Boxing sanctioned fight. I’m usually in the gym five or six days a week. Outside the gym there’s strength training; runs; mobility and recovery.

There is a process, in other words, just as writing a book demands a process. Something about being in the thick of both these processes—one very internal but also bodily, the other very physical but also with its own intricate psychology—has turned out to be deeply generative. Like locating the other half of an equation, one that I did not know was missing until I found it.

Something about being in the thick of both these processes—one very internal but also bodily, the other very physical but also with its own intricate psychology—has turned out to be deeply generative.

Something that I did not foresee at the outset is how gratifying it would be to find community with other fighters. I enter the ring alone, yes, but I work alongside a team. In training, we are pushed, challenged to do things that might feel near-impossible in the moment, but also we hold each other up. At the gym, tips are not guarded, but shared freely.

That foot is your compass, a teammate once said after I complimented his ability to maintain the exact right distance during a sparring round. We stood toe-to-toe and he pointed down at my lead foot. Keep track of it and you’ll always know where you are. I started boxing in Boston; I’m on a group text with my first sparring partners and we still talk on a near-daily basis. In Florida, I have driven with teammates to fights and to sparring. We have shared meals and hotel rooms and stories. I trust my coach’s voice in the corner. When I feel underwater I listen for it like a light in the dark.

I’ve read some accounts of people who turned to boxing because the sport made them feel “alive”—they felt numbed-out by life’s quotidian rhythms. They craved chaos, adrenaline, a new thrill. For me, it’s the opposite. I fight to learn what it means to feel calm. Fights are chaotic: you have to cultivate a calm space within yourself, so you can see clearly and act decisively, no matter how volatile the storm. I’ve always been plagued with nerves before sparring and competition. That’s my least favorite part, that seasick-heart-racing-heavy-legged feeling, but confronting it again and again is rehabilitating my understanding of my own capacities.

As with writing this journey has no clear point of arrival.

For a while, I tried to cultivate that calm by telling myself that I knew how to protect myself in the ring, how to survive, when things got rough. It was only after my first fight—which I lost—that I admitted to myself that I wanted to do more than just survive. That I was capable of doing more. The more punches a fighter throws the more vulnerable they become. Open, potentially, to that devastating counter. But the time had arrived for me to risk that vulnerability. To trust myself to stand up.

Boxing is teaching me to believe in myself. To not quit on myself. It has helped me access an inner strength and confidence I had previously assumed to be forever out of reach. Giving my all in the ring does not guarantee a win—or even a good round of sparring—but it does mean I’ll know that I lost to a better fighter and not to myself.

Laura van den Berg is the author of the story collections What the World Will Look Like When All the Water Leaves Us, The Isle of Youth, and I Hold a Wolf by the Ears, which was named one of the ten best fiction books of 2020 by TIME, and the novels Find Me and The Third Hotel, which was a finalist for the New York Public Library Young Lions Fiction Award and an Indie Next pick, and was named a best book of 2018 by more than a dozen publications. She is the recipient of a Guggenheim Fellowship, a Strauss Living Award and a Rosenthal Family Foundation Award from the American Academy of Arts and Letters, the Bard Fiction Prize, a PEN/O. Henry Award, and a MacDowell Colony Fellowship, and is a two-time finalist for the Frank O’Connor International Short Story Award. Born and raised in Florida, Laura splits her time between the Boston area and Central Florida, with her husband and dog.

The Art of Reading While Feeding (a Newborn) 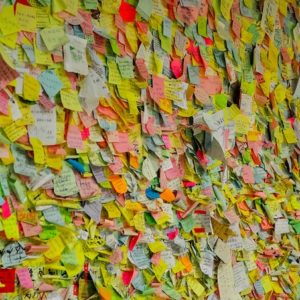 I have a precise memory of that time: I’m twenty-six, it’s late summer, and my husband and I are walking up a rare hill...
© LitHub
Back to top