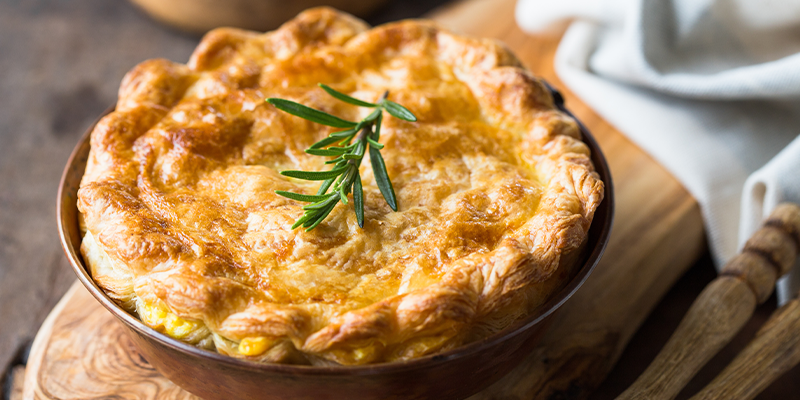 Amy Wallen on the Joy of Completing Something Creative

Some writers start off with a murmur of an idea, some with the bones of a story in their head, and some even have the entire trilogy or mystery series mapped out in their noggins. Some already have their blurbs composed in their imaginations—how they are the love child of Raymond Chandler and Isaac Asimov, which would put them as the nerdiest outcast but probably the true place for a writer to find themselves.

I’ve seen over and over that writing students who have a character who won’t shut up are the writers who will have a finished novel one day. They are the students who show up for every class, the ones who push through all obstacles in their way, who keep at it until it’s done, even if that means never knowing when that will be.

Write what you want to write. Write anything. But write. Then write some more. That is the only way you will get to The End. It’s the middle that’s the hard part. And the end. And the beginning when you revise. And then the ending since it’s changed with the new beginning.

Perseverance means a steady, persistent course of action, a purpose, in spite of obstacles, discouragement, dogs needing to be walked, children asking to be held, husbands who holler up the stairs, “Where’s the milk?” (response: at the grocery store because even the grocery run doesn’t interrupt). I stole most of the definition of perseverance from Dictionary.com. But if you scroll down further on Dictionary.com, you find the theological definition of perseverance: “Continuance in a state of grace to the end, leading to eternal salvation.” 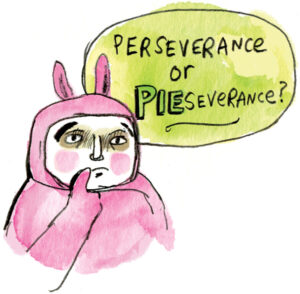 Eternal salvation, that sounds so much better than “you’re published!” But, in some ways, they are the same. After the long, hard work of living on Earth and writing a novel, when, just before being released to the world, your hardbound book with your name arrives at your doorstep, your novel feels sacrosanct. At least until the critics get hold of it.

Maybe monks writing their memoirs will have a consistent sense of grace, but for most, getting through the obstacles along the way can seem more like Dante’s nine circles to hell paved with good intentions than a state of grace.

That’s where pie comes in. A pie or two for each circle.

For me, pie is grace. That’s the secret to getting to The End that worked for me. Pie is a bit or mercy in a delicious, buttery, flaky crust. It is my salvation. I’m not talking about the image of the Virgin Mary in the lattice crust; I’m talking about the making and baking, from preheating the oven to eating the leftovers. That process saves me from giving up every time. Here’s why.

Writing a novel can take a long time, and along the way, a lot of people, well-intentioned friends (jerks, if I can be honest), are always asking, “When are you ever going to finish that novel?”

Finish is the key word. Draft after draft, it feels like this could be it, this could be the final draft, this is when I will have all the pieces put together.

I remember the day when pie became my savior. I was so frustrated with my novel, so desiring to be finished, but the concept of The End felt so far away. So far that I couldn’t even fathom what it could look like. Not in the story per se, but ever. What would it feel like, what would finished look like, what did finished even mean? If I didn’t finish, I couldn’t publish.

I had heard about E.B. White putting his manuscript in the mailbox to send to his editor, then waiting for the letter carrier so he could take the manuscript back home and make more changes. I could see myself doing this, only with email there’s no letter carrier to beg to get your book back. Maybe I was one of those people who starts a million projects and never completes them? I got bug-eyed scared. I craved The End. 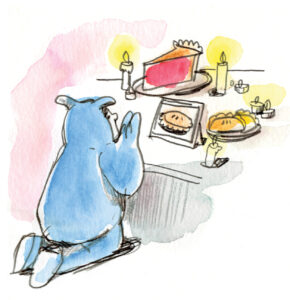 The satisfaction of completion had to come into my life soon, or I was going to end up like Jack Torrence in The Shining, chasing his family with an axe. I think most novelists would empathize with Jack.

Lucky for me (and my family), instead of an axe, I decided on comfort food to relieve my tortured mind. I baked a savory pie. At the end of the baking process, when I stopped and looked at my finished pie, I recalled what completing a creative endeavor felt like. From the making and rolling out of the dough to inventing and creating the filling—chopping the vegetables, sautéing the chicken, whisking the roux, melding the seasonings and ingredients, adding a dash of this and a dollop of that—I was in the same place I go when I write.

I don’t know the name of that place, and it doesn’t show up on GPS, but it’s where the conscious and subconscious converge. I knew, looking at the baked pie, then tasting it, that I had created something, and I had finished it. I had renewed hope that I would one day, maybe not soon but not in some infinitely indefinite time in the future, type the words, The End. I would get there one pie at a time.

Pie became my salve. When the writing felt daunting, when I needed a space and time to mull the story line, or when I just couldn’t bear not being finished any longer, I’d stop to bake a pie. Once I was reassured that I could complete something creative, I’d eat it up, and then I would, and could, get back to work.

I call it cliché because isn’t chicken pot pie the first thing that comes to mind when savory pie is mentioned? A cliché is something we’ve heard before, something we are familiar with, and while cliché is forbidden in the writing world, in the comfort food world, the most familiar is where we turn to first. The recipe, though, is only as cliché as you want it to be. I always add lima beans to mine, because I love lima beans and they remind me of when I was a kid happily eating store-bought pies. Some people despise lima beans, so I try not to be friends with those people, or at least not to invite them to dinner. You can add green beans, I do sometimes. Or mushrooms, which, when they are sautéed in garlic butter, can be such a delight in pie. But watch out for the water they release, and don’t let them make your pie soggy. I learned that the hard way, which seems to be the way I learn everything. Feel free to add your own favorite ingredients, cliché or not. You can find a million and one chicken pot pie recipes online—try them all! It’s a great way to avoid writing.

Cut the cauliflower into bite-size pieces, and peel and cut the carrots into one-inch slices. Steam the cauliflower and carrots for 8-10 minutes, until tender but not too soft. If I have time and am forward-thinking, I marinate a big, fat chicken breast in white wine overnight. I chop this into bite-size pieces then sauté in a medium pan over medium high heat until cooked through. Set aside. If I’m not thinking ahead, I buy a Trader Joe’s balsamic chicken breast already roasted, which I chop up.

A roux is like the outline of a story. It’s where and when you decide how thick your sauce will be. A tablespoon more or less of flour will make your sauce thicker or thinner. I prefer a thicker sauce that holds the filling in place. Melt the butter in a sauté pan over medium heat. Stir in the flour one tablespoon at a time until thickened and the flour no longer smells like flour. Gradually add the broth and half-and-half until the sauce reaches the desired consistency. Stir in the thyme, mustard, and tablespoon (or more, who’s counting?) of sherry. Those ingredients have been essential to me for chicken pie ever since I came across my first pot pie cookbook.

Roll out the bottom crust and place it in the pie pan, then sprinkle the Gruyère cheese on the bottom before piling all the cooked veggies and chicken meat on top. Then, I spoon the sauce over the whole pile before placing the top crust, slicing a few steam vents, and baking for 30 minutes at 425°F, then turning the pan and baking at 350°F for another 25-30 minutes. Check doneness with a knife inserted in the center.

I don’t remember the first pie I ate, but many of those little Swanson’s boxes and metal pie pans that fill the landfill are mine. I also don’t remember the first chicken pie I made, but I do remember the one that made pie baking a way of life for me: A houseguest who I was quite intimidated by asking if I made my crusts myself. This is before I’d conquered the Frankenstein crust. I lied, and told her, yes, I had made the crust myself, at the very same moment she opened the trash can and saw the red Pillsbury box staring up at her. The awkward humiliation turned me from a liar into a homemade crust fanatic.

Think of each pie as a draft for the next one. Oh, and you should add some salt and pepper to the filling ingredients along the way. I should have mentioned that earlier, but I forgot. Next draft. 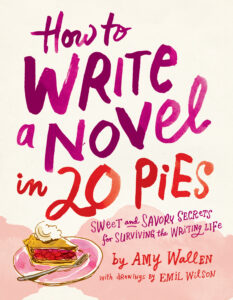 Excerpted from Amy Wallen’s How to Write a Novel in 20 Pies, available from Andrews McMeel Publishing

Amy Wallen is the author of the Los Angeles Times bestselling novel Moon Pies and Movie Stars and the memoir When We Were Ghouls: A Memoir of Ghost Stories. Amy is the associate director at the New York State Summer Writers Institute during the summer months, and the rest of the year she facilitates and co-teaches (with past Los Angeles Times book critic David Ulin) a manuscript workshop in San Diego (at which she serves pie) and teaches novel writing classes at UCSD Extension. She is also the creator of Savory Salons, literary salons with pie—a day of discourse with successful authors on the writing life. She’s also the founder of DimeStories—Three-minute stories told by the author, and featured on NPR. Currently, she is working on two novels, and she started NaNoPieMo after NaNoWriMo (National Novel Writing Month), which encourages writers to get started on their novels.

Writing Grief in Fiction is a Work of Love 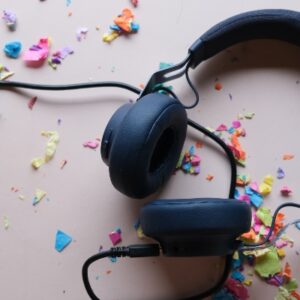 I always thought comedian Victor Borge looked exactly like my grandfather—but my grandfather was never funny. Both men were...
© LitHub
Back to top
Loading Comments...