By Lit Hub Daily
TODAY: In 1961, Robert A. Heinlein’s A Stranger in a Strange Land is published.

Adharanand Finn on striving for the edges of human endurance • Dennis Tang on growing into his appreciation of Alice Munro •  Are you a Roger or a Tiger? On specialization versus variety, and David Epstein’s Range • While hiking Cormac McCarthy’s Western wilderness Raksha Vasudevan comes face to face with the myths that make America • Gabrielle Bellot on the dreamy, queer space opera we need right now • Ian Fleming explains how to write a thriller • Ece Temelkuran on Erdogan, Trump, and the slow descent into the banality of evil • Walt Whitman, unsung newspaperman • Abi Maxwell on the vague, low standards set for “good men” • On Frank Lloyd Wright and the architectural war for New York’s skyline • What gets lost (and found) in translating prose to comics • Vasily Grossman and the plight of Soviet Jewish scientists • On the golden age of talking to dead people • Lynn Steger Strong on the radical power of writing in the first-person plural • Kathleen Volk Miller considers Whitman at her husband’s grave • The most-cursed dates for writers • On the existential fear of losing your online persona • “In a word: sex. Ayn Rand made acquisitive capitalists sexy” •  •

Comic prison riots, dictionary wars, the case for America, and more of the Best Reviewed Books of the Week • This week in Shhh…Secrets of the Librarians: Mary Catherine Kinniburgh on the treasures of the New York Public Library • The White Devil’s Daughter author Julia Flynn Siler recommends five books of narrative history, from Adam Hochschild’s Bury the Chains to Isabel Wilkerson’s The Warmth of Other Suns • Book critic Nathan Deuel on The Quiet American, Floridian fiction, and quitting social media

Hannah Mary McKinnon asks fellow crime writers what’s too dark for crime fiction (if anything)? • Sara Paretsky talks lessons from a lifetime of writing and activism, interviewed by Lori Rader-Day • Criminal profiler John Douglas on his life’s work: conversations with criminals • Amy Lloyd explores the assumptions we make when it comes to criminality and appearance • Tori Telfer investigates the bizarre story of 15-year fugitive Kazuko Fukuda, the woman with seven faces • The CrimeReads editors recommend their favorite stories of the month • The most visually stunning crime and mystery book covers of May • Erica Ferencik takes us on a literary journey through the world’s largest river basin • Tracy Clark on Chicago and the joys of writing what you know • J.S. Monroe chooses 7 literary thrillers that will keep you reading late into the night 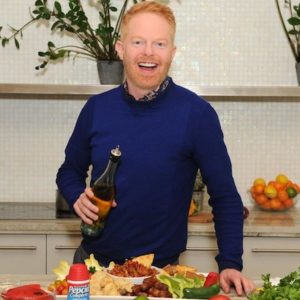