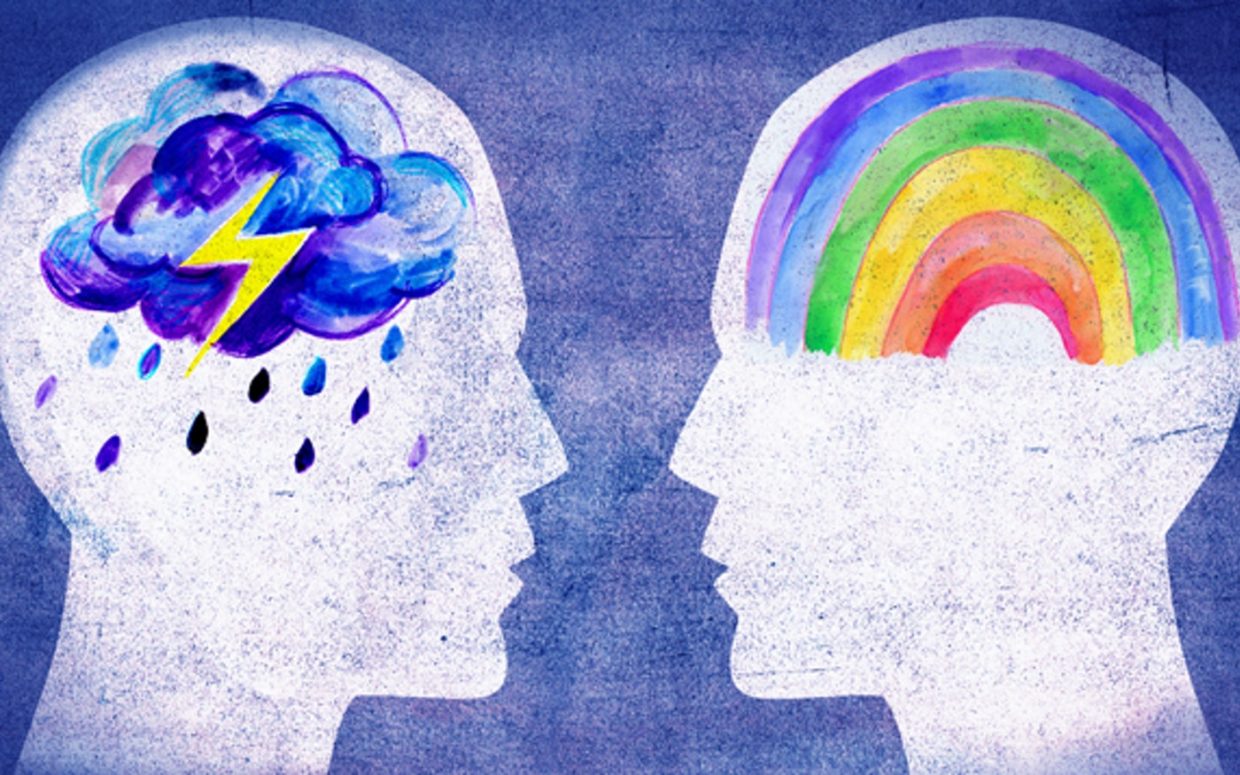 Our present moment feels all filled up with separateness. We’ve taken to our corners and allied ourselves with various factions, though no single member of those factions is safe. Writing fiction in this environment means often confronting the “I,” the individuals, within these groups, which seem sometimes to function as a compilation of affiliations: this but not that, that but only privately.

+
BOOKS DISCUSSED IN THIS ESSAY

The “I” forces a book to look inside an individual’s experience, even as our present moment seems to suggest that inwardness might not have the power that fiction often thinks it does. The “we,” by contrast, seems to acknowledge the ways in which we are not wholly a product of our wants and fears and interests. It is the group as character, watching a collective attempt to function, act upon the individuals that live inside it, assert opinions, act on, for, and against other groups.

In the intro to Jamil Zaki’s forthcoming book on empathy, The War for Kindness, he writes about his parents’ divorce and the silent war they waged against one another, largely with Zaki as the proxy. “That two people’s experiences could differ so drastically, yet both be true and deep is maybe the most important lesson I’ve ever learned,” he writes. He describes how this formative experience served as a sort of master class in empathy, to see two people feel so differently about the same things and, as the child in the center, find ways to care for both. Zaki had to stretch his empathic powers in ways perhaps many of us don’t have to, or choose not to, until much later, if at all.

Empathy, Zaki argues, convinces us to invest ourselves in the other or community at the expense of our own wants and needs and interests; it is, and will be more and more so, a necessary ingredient for functional societies. This is the topic Zaki, a Stanford psychologist, has devoted his life to studying. But studying empathy right now, he says, “is like being a climatologist studying the polar ice: Each year we discover more about how valuable it is, just as it recedes all around us.”

Much of what he says about this is not new: we have become tribal and more inclined to avoid the “other.” But it is his desire to do something about this, and his belief that something can be done, where he begins to surprise us.

Zaki argues quite convincingly that empathy can be taught and nurtured over time. He lays out a spectrum that is inherent in every person: we’re not all born at the same baseline, but from that baseline, he argues, in the right environment, our capacity for empathy can grow.

One of the theories that Zaki presents to support this proposition is that of psychologist Gordon Allport, whose bestselling 1954 book, The Nature of Prejudice, argued that when we “[b]ring people together. . .  they’ll awaken their common humanity.” Allport’s theory, which came to be known simply as “contact,” argues that exposure and interaction was enough to settle the human tendency to separate and otherize.

More recently, the neuroscientist Emile Bruneau, who has also studied contact, observed that contact could produce negative effects just as well as positive results; in particular, contact is not helpful when two people do not recognize their common humanity, and also when pre-existing power structures and systems of oppression interfere with that process of recognition.

Contact, in other words, needs to be sharper, more specific, to work. It was in this part of the book that I began to think more about writing fiction: specificity and sharpness, whose stories can and should be told, to whom and how.

Stories can be a strong tool for contact—especially when writing stories that speak to readers and sufficiently acknowledge the power structures under which they live.

I recently read and re-read two books by white men who seem, to me, to be a hard sell right now. How much patience, after all, do we have for them at this point? But reading their work, I thought about how they, too, can tell stories while making contact in a way that “makes others less distant,” that perhaps helps us care not just for them, but for how we all fit together in a larger group.

Christian Kiefer’s new book Phantoms argues quite powerfully for the necessity of acknowledging the ways in which we are implicated in the sins and flaws of the groups of which we are a part, whether by birth or on purpose. It is instructive in the ways one might begin to grapple with these implications in our own narratives.

The novel is narrated by a writer, who is white, male, and a Vietnam veteran. He is a self-described storyteller, and almost the entirety of the novel consists of him receiving half-truths from other people, spinning them into stories almost wholly made from scratch. Throughout this recounting and retelling, the story dips into the first person collective: the story the narrator is telling is one he received through an aunt who gave him bits and pieces, when he speaks of her, when he speaks of their family and also sometimes of his fellow soldiers, he deploys a very specific, a very complicated “we.” This “we” is the narrator and his family, white Americans, a group that’s enacted itself on other groups throughout history: “I had killed and so I was a killer, not only of enemy soldiers but of regular people, villagers, farmers, fishermen, civilians who were not so unlike the people all around me, although we tried, all of us, to shift that central fact, changing even the descriptors themselves … They were all the same. Detonations of difference and otherness meant to define who we were, who we are, so that even the very grammar of this text becomes a grammar of exclusion. Human and less human. What parade could be staged to reconcile such a conception of the world?” The book deals in both World War II and Vietnam and, in both cases, the “we,” of which the writer is a part, does violence to the non-white people, both American and otherwise.

This specific move called to mind for me Jeffrey Eugenides’ Virgin Suicides, also written in a collective first person. Eugenides’ book, like Kiefer’s, is less about the characters to whom the “we” is doing violence (in Eugenides’ case, the Lisbon sisters), but it is a kind of indictment. It is at the very least a self-critique of the “we” who would watch and fetishize them, the very “we” that no doubt led to their demise. This is the accomplishment, I think, of the “we” here: to force us to acknowledge the groups that we inhabit, that exist and inform and separate us, to look at and unpack their ways of being and their violences.

Kiefer makes similar gestures in his book, but he takes this a step further, depicting the violence that a collective group enacts while also showing us an “I” whose culpability is unclear, whose involvement is further complicated by his interest in the specific act of storytelling.

The book’s narrator, an “I,” is a writer. The story that he conveys to the reader is both of his attempting to find “the facts” about the disappearance of a Japanese World War II veteran, Ray Takahashi, as well as the narrator’s musings, his wholly made up imaginings, from his vantage point in 1983, of those facts’ particulars: the smell and feel, for instance, of the night Ray slept with a white girl he would later impregnate, the disappointment that Ray might have felt when he found her at a restaurant, after his return from the war, with someone else. In this way, the book implicates not only white Americans, but the specific type of white American who tells stories.

In acknowledging that all books are an act of imagination, the book reminds us that we tell stories too, that every story, true or not, has been imagined in some way. This feels connected to Zaki’s idea that any act of empathy involves an act of imagination, a leap sufficient that one might leave the self, and enter into the wants, needs, and individuality of someone else. But also, the book seems to suggest, there is always a level of presumption inherent in these imaginings.

Upon discovering that a man, who is not white, has been murdered on behalf of his distant family members, the narrator of Phantoms says this of the victim’s family: “That the family was not destroyed by what the Wilsons—by what my family—did to them, a series of actions built upon a legacy of sanctioned violence both subtle and overt, is but a testament to their strength. And perhaps it is, too, a comment on my own weakness that, despite everything, I choose to live here with my own family, to occupy this place, a place which I have, in no conceivable way, earned.”

To me, this is the sharper, better contact Zaki talks about: that the “we” acknowledges itself as separate, acknowledges the power both of its imagination and its separateness, that it looks directly at its individual precarity. In this, a different type of we has been created; a more expansive space has been established to imagine the how and why we have come to inhabit the places from which we tell our stories, places we have not earned in any conceivable way.

Death and the Poet: Thinking of Whitman at My Husband's Grave

On the Parenting Insights of the Non-Parent 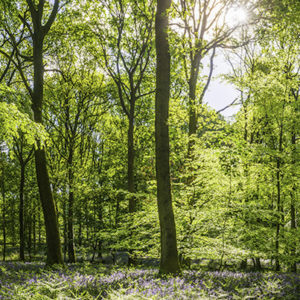 Death and the Poet: Thinking of Whitman at My Husband's Grave

It’s been 200 years since Whitman’s birth and 15 years since my husband’s death and the two are not connected, other...
© LitHub
Back to top